A first timer's guide to the Panama rainforest

Covering over 40 percent of the country, the Panama rainforest – tropical and wildlife-rich – is a haven of biodiversity. Packed full of playful monkeys, dazzling birds and some extraordinary plant life, the majority of the rainforests lie within the boundaries of the country’s sixteen national parks and numerous reserves. From the jade-coloured cloud forests that carpet the Chiriquí Highlands of western Panama to the vast untamed wilderness of the Darién, there’s plenty to explore.

The challenge is access; unlike in neighbouring Costa Rica, Panama’s rainforest national parks are seriously underdeveloped, lacking well marked or maintained trails, maps, places to stay, or much in the way of tourist information. There’s no doubt that this can be frustrating at times. The upside, however, is that when you do manage to get into the forest, you may easily have it all to yourself.

Tropical rainforests by definition lie within the tropics – where Panama is firmly located – and receive over 2,000mm of rain throughout the year. The forest is characterised by a canopy layer some 30 metres above the forest floor, dripping with dangling vines and lianas.

Cloud forest (also known as high montane forest) is a type of rainforest generally found at an altitude of between 2,500 and 3,000 metres. Fairytale-like, cloud forests are often swathed in mist, rich in evergreen ferns, mosses, lichens, bromeliads and orchids, and teeming with hummingbirds.

Use of the word ‘jungle’ these days tends to be confined to Hollywood movies conjuring up images of danger and derring-do: Tarzan, Indiana Jones,King Kong… depending on your frame of reference. Jungle generally refers to secondary forest, with dense undergrowth that takes over once the forest canopy is disturbed, allowing in light that provokes rapid plant growth below.

Where do I start?

Panama plays host to some of the most easily accessible rainforest on the planet. Even if you base your stay in sky-scraper-ridden Panama City, you can savour your first slice of tropical forest within the city confines, in the Parque Metropolitano. An early morning stroll along the network of short trails can be rewarded by glimpses of coatis and agoutis snaffling about in the undergrowth, or sloths entwined round branches and an array of colourful birds flitting through the treetops. This should whet your appetite for exploring more extensive rainforest only an hour’s drive away, in the national parks that flank Panama’s world-famous canal. Several operators offer day-trips that allow even those new to the tropics to soak up the sounds and sights of the rainforest, without foregoing the comforts of city living.

Which are the best rainforests to visit outside Panama City?

Parque Nacional Soberanía is the most popular destination, offering several hiking trails through lush tropical forest, notably the Holy Grail of Panama birding, the Camino de Oleoducto (Pipeline Trail). Accessible by public transport from Panama City, you can easily wander along this flat gravel trail on your own, keeping your eyes peeled for exotic birds such as trogons and toucans, and monkeys cavorting in the canopy, though you’ll spot more in the company of a guide. Either way, possessing a pair of binoculars will ease the task.

Rough Guides works with a reputable local guide company in Panama and can plan several-day-hikes in Soberanía, led by bi-lingual naturalist guides. A favourite is the Camino de Cruces – one of the Spanish Conquistadors’ old mule trails across the isthmus, which transects the park. This is a top choice if you’re interested in history – and hacking through the undergrowth and slithering through mud is the kind of rainforest adventure you’re after.

What about the cloud forest?

Panama’s most accessible cloud forest cloaks the country’s Western Highlands, with the main access point the delightful flower-filled coffee-producing town of Boquete, which offers plenty of comfortable lodgings. Nestled in a valley surrounded by forested mountains and presided over by Volcán Barú – Panama’s highest peak – it’s the gateway to Panama’s most famous trail, the Sendero de los Quetzales.

This glorious day-hike takes you through magical cloud forest, and in season (Jan–April), there’s the added excitement of possibly sighting the shimmering emerald resplendent quetzal. You’ve a far greater chance of spotting the trail’s namesake by going with a local guide. For greater immersion and seclusion, consider the wonderful retreats the other side of the volcano, at Los Quetzales and Mount Totumas.

What about the Darién?

At almost 6,000 square kilometres, there’s no doubting the size and reputation of the Darién rainforest. Containing the region’s largest national park, it boasts towering cathedrals of primary forest and rugged mountains carpeted with dense greenery, laced with sinuous rivers and teeming with wildlife. However, the Darién is famed as much for its notoriety as its staggering biodiversity. The Darién Gap is the name given to the mountainous tropical wilderness that stretches across the border between Panama and Colombia, making it nearly impossible to cross from Central to South America by land.

Home to guerrilla fighters, paramilitaries, narco- and people-traffickers, for many years the Darién has been understood to be a no-go area. The exception to this is the basic government bunkhouse at Rancho Frío, just inside the park.

A Howler Monkey hangs out in the Darién rainforest, Panama © Maria Maarbes/Shutterstock

Is it too dangerous to visit?

Not really; despite the odd flare-up in other places, it’s generally safe to stay at Rancho Frío, though you need to go with a guide or tour operator, who would alert you to any adverse security developments, and help sort the relevant permits.

What do I need to know before visiting the Darién?

Rancho Frío only demands a moderate level of fitness to visit, though you need to be well prepared (insect repellent, mosquito net, sun cream, sun hat, stout footwear etc.). Also note that travelling to the Darién does not come cheap, since transport costs alone – by road and by river – are substantial. Advance planning and travelling with a reputable (and knowledgeable) guide is a must. Get in touch with us at Rough Guides to plan a trip in the company of reputable local guides. 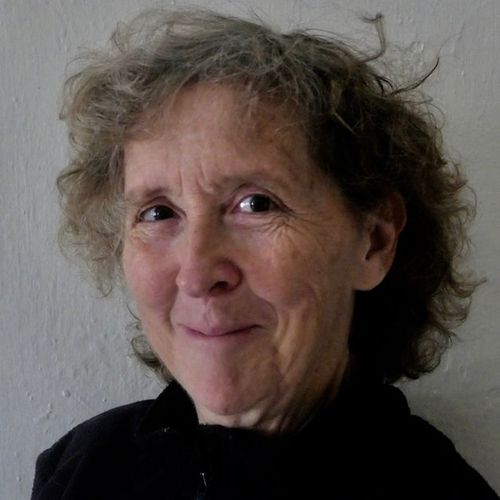 Sara is the original author of The Rough Guide and Insight Guide to Panama and the Rough Guide to Namibia with Victoria Falls. She has also been the main contributor for Rough Guides and DK Eyewitness on guides to Peru, Ecuador and the Caribbean. When not exploring rainforests, or camping out in the desert, she can be found lolling in a hammock in Barbados.