5 reasons why you should give Kent a chance

Affectionately known by Brits as the Garden of England, Kent

is famed for its leafy surroundings and home-grown produce. But thanks to its bounty of award-winning booze, cutting-edge art and spine-tingling scenery, this county is even more fruitful than its monicker implies. And now is the perfect time to visit – here are five reasons why.

as being all buckets, spades and arcades. A number of the county’s coastal communities are hubs for innovative art, showcasing both national and local talent.

Margate has seen a well-documented regeneration in recent years, thanks in part to the Turner Contemporary, which opened in 2011. The gallery exhibits works by JMW Turner alongside Tracey Emin, whose acclaimed My Bed will be displayed here from October 2017 until early 2018. But there’s also a glut of Margate galleries devoted to new talent, such as Crate and Resort Studios, and over in Whitstable

The town of Folkestone, meanwhile, transforms public areas into exhibition spaces during the Folkestone Triennial. From September to November 2017 you can see dynamic contemporary installations on street corners, at community centres and on the beach.

Away from the clang of Kent’s seaside towns, Dungeness has a stranger but no less tangible magnetism. The headland is the UK’s only desert and the largest expanse of shingle in Europe

, its desolate landscape stretching out underneath immense skies. It’s lonely and eerie, with just the shriek of seagulls and crash of waves breaking the silence.

‘The Ness’ is not conventionally beautiful, as reflected in the blot of industrial units that comprise Dungeness Power Station. But there is something appealing about the weathered boats, decaying winches and abandoned concrete bunkers that scar the expanse of beach. There’s also a small clutch of cute wooden houses, including Prospect Cottage, once home to filmmaker Derek Jarman.

To escape the sense of a looming apocalypse, head to the thrumming Pilot Inn where locals feast on fresh fish and chips and quaff Kentish Wantsum beer – a winning combination. Alternatively, head to the Dungeness Snack Shack and chow down on lobster and crab rolls in summer and smoked cod chowder in winter.

Kent is synonymous with beer-making, and despite the decline of hop gardens in recent years, the county is awash with local brews to tickle your palate, from household names to exclusive craft beers.

A good starting point is Shepherd Neame Brewery, in Faversham, which was founded way back when in 1698 and is famed for its typically Kentish ales. Peppy tours amid the fermentation vessels explain the brewing process and, most importantly, include a tutored beer tasting. For a more understated experience, there are a number of cool craft breweries peppered throughout the county, such as the Old Dairy in Tenterden, Hop Fuzz in West Hythe and Westerham Brewery.

Kent doesn’t just produce beer, though. The likes of Kent Cider produce deliciously crisp ciders, best enjoyed in autumn during the apple harvest. Kent further surprises with its award-winning sparkling wines. The terroir means Kent’s sparkling wine is good enough to rival those from across the Channel – yes, we said it – and scoop up a number of awards into the bargain. Head to Chapel Down Vineyard, in Tenterden, or Biddenden Vineyards, who also press tasty ciders, for tours and tastings.

4. You can stay in an oast house

There is surely nothing more quintessentially Kentish than staying in an oast house. Particularly prevalent in the Kent Weald, so named after the Old English for "woodland", these striking buildings were crucial to the beer-brewing process, their conical roofs originally used for drying hops.

Today, the oast houses around the likes of Cranbrook, Goudhurst and Sissinghurst are cosy homes and bucolic B&Bs, meaning you too can unwind beside a wood-burning fire and count sheep under historic beams. Nestled in rambling country gardens, Bull Farm Oast Bed and Breakfast is ideal for those looking to hunker down and gorge on comforting homemade food.

It’s not surprising that the sleepy village of Pluckley was used as the film set for the cushy teatime favourite The Darling Buds of May. Flanked by orchards and camping sites, Pluckley excels at postcard-worthy farmland, country walks and pub lunches – by day. But as night falls a more sinister side to the quaint village lies in wait.

This is, allegedly, the UK’s most haunted village, home to more than a dozen apparitions. Its band of ghostly residents include a murdered highwayman who frequents the junction where he met his demise (known tritely as Fright Corner), the Red Lady who saunters the graveyard of St Nicholas Church, and a poltergeist at the Black Horse pub who "borrows" clothes from visiting patrons only to return them years later.

When better to visit the village but at Halloween – take a torch and traipse the country lanes in search of the phantoms.

The Dering Arms. One of the Haunted Pubs of Pluckley © Neil Wigmore/Shutterstock

Explore more of Kent with The Rough Guide to Kent, Sussex and Surrey . Compare flights , find tours , book hostels and hotels for your trip, and don’t forget to purchase travel insurance before you go. 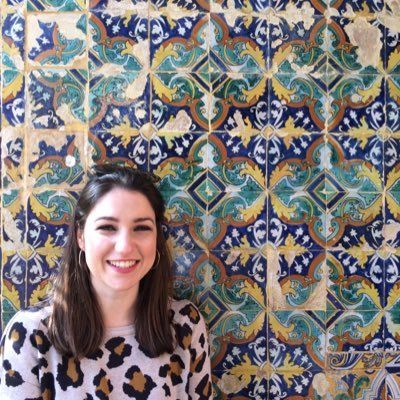