The central section of the great pilgrim route, the Camino de Santiago, cuts across the northern plains of Castilla y León, with the stretch from Burgos to León seen as one of the most rewarding – not for the walking, which can be flat and dull, but in terms of the art and architecture encountered along the way. From Burgos the camino runs south of the main road, via Castrojeriz and, more importantly, Frómista, before running up to Carrión de los Condes and Sahagún, the latter two towns both on the A231 Burgos–León road. With a car, rather than a rucksack and boots, there are also a couple of possible short detours off the main road to see the Roman remains on either side of Carrión de los Condes.

Frómista still trades on the camino, but today’s small crossroads of a town has only a fraction of the population of medieval times. Its undisputed highlight is the church of San Martín, which was originally part of an abbey that no longer exists. Carved representations of monsters, human figures and animals run right around the roof of the eleventh-century church, which was built in a Romanesque style unusually pure for Spain, with no traces of later additions. A couple of other churches in Frómista are also associated with the camino, and there’s usually a steady trail of walkers and cyclists passing through, taking advantage of the simple accommodation here.

With the vineyards and well-watered countryside of La Rioja behind you, the Camino de Santiago arrives at Burgos and the start of the plains of Castile. Pilgrims are sharply divided about the meseta. Fans praise the big skies and the contemplative nature of the unchanging views, while detractors bemoan the bone-chilling wind that blows for nine months of the year, and the depressing way that you can see your destination hours before you reach it. It’s certainly the flattest, driest part of the path and, if it’s cold in winter, the lack of shade makes it uncomfortably hot in summer. The route often shadows the main road along a purpose-built gravel track, but there are many well-marked detours along isolated tracks crunchy with wild thyme.

Highlights are, of course, the glorious Gothic cathedrals of Burgos and León, after which the meseta ends at the town of Astorga, 50km west of León. From here you’ll climb to the highest pass of the camino (1517m), where mist and fog can descend year-round and snow makes winter travel difficult. Traditionally, pilgrims bring a stone from home to leave on a massive pile at Cruz de Hierro, just before the pass. Things warm up considerably as you descend through gorgeous scenery to the Bierzo valley, 50km from Astorga, where the charming riverside town of Villafranca del Bierzo is an ideal place to rest before heading uphill into Galicia. For more information, see Practicalities of the Camino de Santiago.

The hotels were fabulous and we were greeted and treated with care. The itinerary proved outstanding. The drivers were wonderful. He was always on time, ma ... 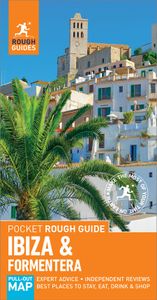