Even in a country accustomed to shifting borders, northern Poland presents an unusually tortuous historical puzzle. Successively the domain of the Teutonic Order, Hansa merchants and the Prussians, it’s only in the last seventy years that the region has become definitively Polish. The conurbation of Gdańsk, Sopot and Gdynia known as the Tri-City, lines the Baltic coast with its dramatic shipyards and sandy beaches, while highlights inland include the medieval centres of Malbork and Toruń. Meanwhile the northeastern region of Mazury, with its seemingly endless networks of lakes and rivers, is a natural wonderland for kayakers and outdoor enthusiasts. Many of the area’s bucolic villages, with their wooden churches and folk traditions, appear to have barely changed since the nineteenth century.

The spectacular fortress of Malbork (Tues–Sun: mid-April to mid-Sept 9am–7pm, rest of year 10am–3pm; high season 47zł, low season 37zł; w www.zamek.malbork.pl) was built as the headquarters of the Teutonic Order in the fourteenth century and still casts a threatening shadow over an otherwise sleepy town. As the Teutonic Knights sank into deep financial crises, they were eventually forced to sell the castle in the mid-fifteenth century. The castle was then employed as a royal residence and a stopover for Polish monarchs en route between Warsaw and Gdańsk.

You enter over a moat and through the daunting main gate, before reaching an open courtyard. Brooding above is the High Castle, which harbours the centrepiece of the Knights’ austere monasticism – the vast Castle Church with its faded chivalric paintings. You’ll be given an English audioguide for the 3-hour self-guided tour, or, in July and August, you can opt for a live tour instead (both are included in the ticket price). Also during the summer months (June or July), the so-called Siege Days (w www.oblezenie.malbork.pl) take place, involving locals dressing up in period costume to re-enact the siege of the fortress; there are jousting tournaments, craft fairs and music concerts.

The train station is about ten minutes’ walk south of the castle; there are trains every thirty minutes from Gdańsk (50min).

Some 15km northwest of Gdańsk lies Poland’s trendiest coastal resort, which boasts Europe’s longest wooden pier (512m) and a broad stretch of golden sand. With its vibrant nightlife, Sopot is a magnet for young party animals. All roads lead to the beach, where aside from lounging you can meander up the pier (entry 5.50zł May–Sept), on which you’ll find boat tours operating in summer.

Cheap accommodation can be hard to find in Sopot. Your best bet is to look for “Wolny Pokoj” (free room) signs in private houses, where you can rent rooms for around 50zł/person. For the best value restaurants, avoid ul. Monte Cassino and head for the places around 1km south along the beach.

Once one of the most beautiful medieval towns in Central Europe, Toruń was founded by the Teutonic Knights and is still rich with their architectural legacy. It’s also famous for being the birthplace of Nicolaus Copernicus, whose house still stands. Now a friendly university city, with bars and cafés sprinkled throughout the compact streets, Toruń combines lively nightlife with a status as a UNESCO World Heritage Site.

The highlight of Toruń is the mansion-lined Market Square (Rynek) and its fourteenth-century Town Hall, now the District Museum (Tues–Sun: May–Sept 10am–6pm; Oct–April 10am–4pm; 10zł), with a fine collection of nineteenth-century paintings and intricate woodcarvings. South of the Rynek at ul. Kopernika 15/17, the Copernicus Museum (same hours as District Museum; 10zł), in the house where the great man was born, contains a fascinating model collection of his original instruments as well as facsimiles of the momentus De Revolutionibus and a selection of early portraits. The large, Gothic St John’s Cathedral (Mon–Sat 8.30am–7.30pm, Sun 4.30–7.30pm; 3zł), at the eastern end of ul. Kopernika, has a tower offering panoramic views over the city (April–Oct only; 3zł extra). Further northeast lies the New Town district, its opulent commercial residences grouped around Rynek Nowomiejski.

You can’t leave Toruń without trying the local pierniki, or gingerbread, which has been made here since the town was founded. Pierniczek on Żeglarska 25 offers a mouthwatering range. 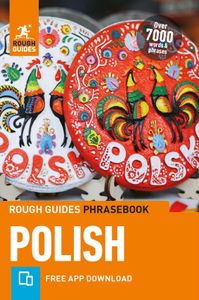