Around 100km from top to bottom, the narrow straits and podgy basins of the Oslofjord link the capital with the open sea. This waterway has long been Norway’s busiest, an islet-studded channel whose sheltered waters were once crowded with steamers shuttling passengers along the Norwegian coast. The young Roald Dahl, who spent his summer holidays here from 1920 to 1932, loved the area, writing in his autobiography, Boy: “Unless you have sailed down the Oslofjord … on a tranquil summer’s day, you cannot imagine the sensation of absolute peace and beauty that surrounds you.” Even now, though cars have replaced the steamers, the Oslofjord makes for delightful sailing, and in good weather you can spy dozens of tiny craft scuttling round its nooks and crannies. The ferry ride from Oslo to Drøbak, a pretty village on the fjord’s east shore, provides a pleasant introduction to these nautical pleasures, though it’s not quite the same as having your own boat.

Today, both shores of the Oslofjord are dotted with humdrum industrial towns, and frankly, apart from the fjord itself, there’s not much to tempt you out of Oslo if your time is limited – especially as several of the city’s major sights are half-day excursions in themselves. But if you have more time, there are several places on the train and bus routes out of the city that do warrant a stop. The pick of the crop is the town of Fredrikstad, down the fjord’s eastern shore on the train route to Sweden – or rather the old part of Fredrikstad, which consists of an immaculately preserved fortress whose late sixteenth-century gridiron streets and earthen bastions snuggle up to the River Glomma. The fortress was built to defend the country from the Swedes, as was the imposing hilltop stronghold that rears up above Halden, an otherwise innocuous town further southeast, hard by the Swedish border. On the other side of the fjord, the highlight of the western shore is the cluster of Viking burial mounds at Borre, just outside the ferry port of Horten, while the breezy town of Tønsberg gives easy access to the shredded archipelago that pokes a rural finger out into the Skagerrak.

A short distance north of Åsgårdstrand, 4km south of Horten and about 14km north of Tønsberg. BORRE is a scattered hamlet that boasts one of the largest ensembles of extant Viking burial mounds (600–900 AD) in all of Scandinavia, the Borrehaugene. There are seven large and 21 small mounds in total, with the best preserved being clustered together in the woods by the water’s edge, a five-minute walk from the car park. These grassy bumps date from the seventh to the tenth century, when Borre was a royal burial ground and one of the wealthiest districts in southern Norway. The mounds are interesting in themselves but the setting is even better – in springtime wild flowers carpet the woods making this a perfect spot for a picnic. The area has been designated a national park and a visitor centre, the Midgard Historisk Senter (Midgard Historical Centre) stands beside the car park, though there’s precious little actually in it – save yourself the entrance fee.

An ideal day-trip from the capital, it’s an hour-long, ninety-kilometre train journey south from Oslo to FREDRIKSTAD, a modest little town of around 70,000 people that fills out a thumb of land just across the river from a superbly preserved seventeenth-century fortress, now known as the Gamlebyen (Old Town).

Danish kings ruled Norway from 1387 to 1814 and, with rare exceptions, the country’s interests were systematically neglected in favour of Copenhagen. A major consequence was Norway’s involvement in the bitter rivalry between the Swedish and Danish monarchies, which prompted a seemingly endless and particularly pointless sequence of wars lasting from the early sixteenth century until 1720. The eastern approaches to Oslo (then Christiania), along the Oslofjord, were especially vulnerable to attack from Sweden, and to thwart the Swedes the Danish king Frederik II had a fortified town built here at the mouth of the River Glomma in 1567, modestly naming it after himself. In the event, Frederik II’s fort only lasted three years before it was burnt to the ground, though it didn’t take long for a replacement to be constructed – and for the whole process to be repeated again. Finally, in the middle of the seventeenth century, Fredrikstad’s fortifications were considerably strengthened: the central gridiron of cobbled streets was encircled on three sides by zigzag bastions, which allowed the defenders to fire across and into any attacking force. In turn, these bastions were protected by a moat, concentric earthen banks and outlying redoubts. Armed with 130 cannon, Fredrikstad was by 1685 the strongest fortress in all of Norway – and it long remained in military use, which partly accounts for its excellent state of preservation. The fort was also unaffected by the development of modern Fredrikstad, which grew up as a result of the timber industry: the new town was built on the west bank of the Glomma while the old fort is on the east. Fredrikstad’s other claim to fame is as the place where the last woman to be executed in Norway met her untimely end: the year was 1876 and the woman was a certain Sophie Johannesdatter, who had poisoned her husband.

The last town of any size on the Oslofjord’s western shore, TØNSBERG, some 100km from Oslo, was founded by Harald Hårfagre in the ninth century, and rose to prominence in the Middle Ages as a major ecclesiastical and trading centre: its sheltered sound made a safe harbour, the plain behind it was ideal for settlement, and the town’s palace and castle assured the patronage of successive monarchs. All of which sounds exciting, and you might expect Tønsberg to be one of the country’s more important historical attractions, but sadly precious little survives from the town’s medieval heyday. On the other hand, the recently upgraded waterfront makes for a particularly pleasant stroll, zeroing in on a handsome set of renovated, nineteenth-century warehouses, the Tønsberg Brygge, where the narrow lanes are dotted with bars and restaurants. 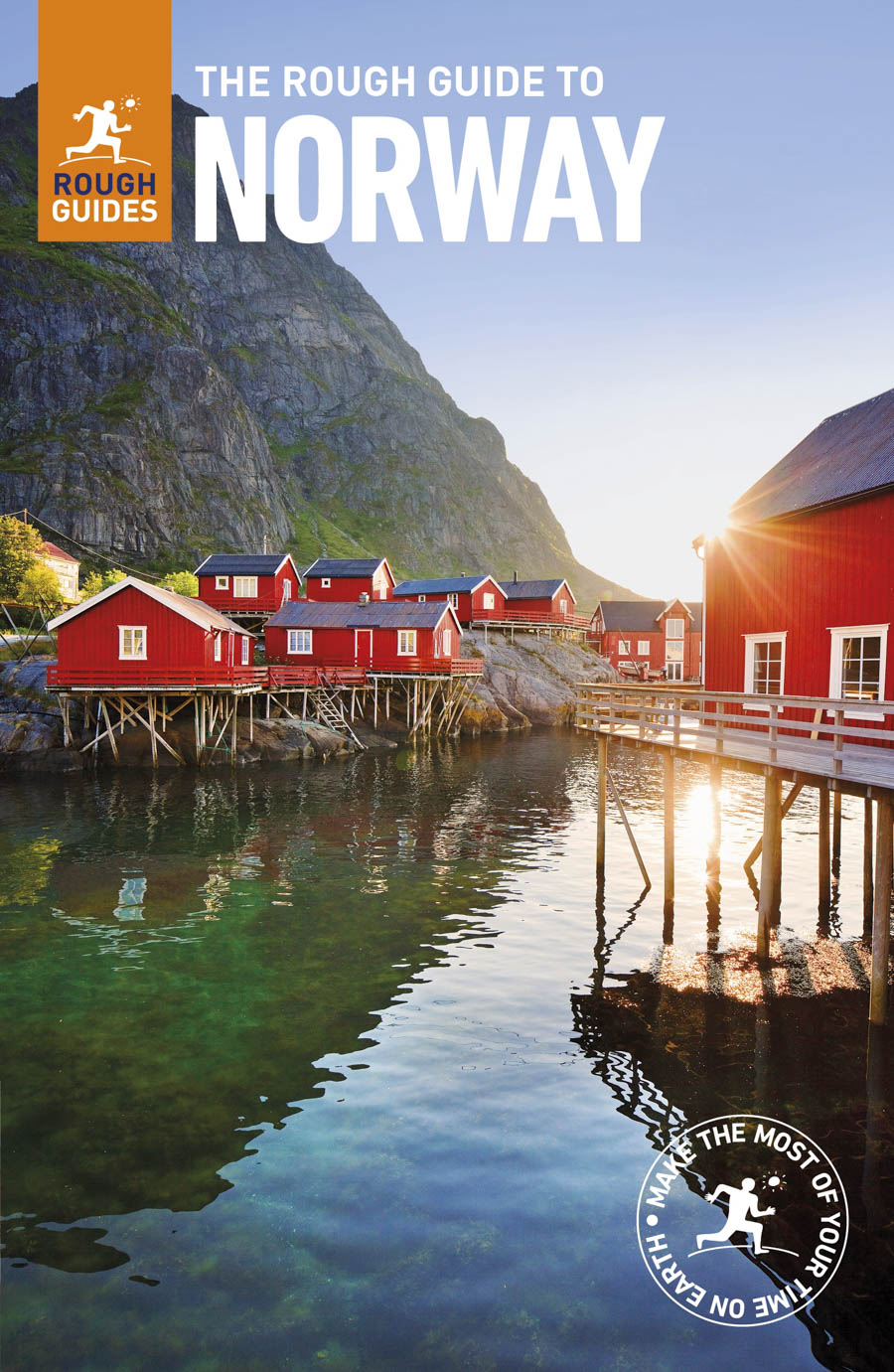