Immediately ravishing yet endlessly mysterious, and all on a far less daunting scale than Florence Dropdown content, the glorious medieval city of Siena cradles within its ancient walls a majestic Gothic ensemble that can be enjoyed without venturing into a single museum. Far too many visitors breeze through Siena on a day-trip, but it’s hard to feel you’ve even scraped the surface unless you stay at least one night here.

Established as a Roman colony by Augustus, Siena enjoyed its heyday in the twelfth and thirteenth centuries, when it became for a brief period one of the major cities of Europe. Almost as large as Paris, it controlled most of southern Tuscany and its wool industry, dominated the trade routes between France and Rome, and maintained Italy’s richest pre-Medici banks. This era climaxed with the defeat of a far superior Florentine army at Montaperti in 1260. Although the result was reversed permanently nine years later, Siena embarked on an unrivalled urban development under its mercantile governors, the Council of Nine. Between 1287 and 1355, the city underwrote the completion first of its cathedral, and then the Campo and its exuberant Palazzo Pubblico. Prosperity came to an abrupt halt with the Black Death, which reached Siena in May 1348; by October, two-thirds of the 100,000 inhabitants had died. The city never fully recovered (the population today remains under 60,000) and its politics, always factional, descended into chaos. In 1557 Philip II gave up Siena to Cosimo de’ Medici in lieu of war services, and it became part of Cosimo’s Grand Duchy of Tuscany. The lack of subsequent development explains Siena’s astonishing state of preservation: little was built and still less demolished.

Since World War II, Siena has again become prosperous, thanks partly to tourism and partly to the resurgence of the Monte dei Paschi di Siena. This bank, founded in Siena in 1472 and currently the city’s largest employer, is a major player in Italian finance. It today sponsors much of Siena’s cultural life, coexisting, apparently easily, with one of Italy’s strongest left-wing councils.

Things to do in Siena

Other points of interest include the Tower of Mangia, Basilica Cateriniana San Domenico and Fonte Gaia.

The Siena Palio is Italy’s most spectacular festival event: a twice-yearly bareback horse race around the Campo, preceded by weeks of preparation, medieval pageantry and chicanery. Only ten of the seventeen contrade (neighbourhoods), chosen by lot, take part in any one race; horses, too, are assigned at random. The seven that miss out are automatically entitled to run the next year. The only rule is that riders cannot interfere with each other’s reins. Otherwise, anything goes: each contrada has a traditional rival, and ensuring that it loses is as important as winning oneself. Jockeys may be bribed to throw the race or whip a rival or a rival’s horse; contrade have been known to drug horses and even to ambush a jockey on his way to the race.

Held since at least the thirteenth century, the race originally followed a circuit through the town. Since the sixteenth century it has consisted of three laps of the Campo, around a track covered with sand and padded with mattresses to minimize injury to riders and horses.

There are two Palios a year, on July 2 and August 16, each of which is preceded by all manner of trial races and processions. At around 5pm on the day of the Palio the Palazzo Pubblico’s bell rings, and riders and comparse – equerries, ensigns, pages and drummers in medieval costume – proceed to the Campo for a display of flag throwing and pageantry. The race itself begins at 7.45pm on July 2, or 7pm on August 16, and lasts little more than ninety seconds. At the start all the horses except one are penned between two ropes; the free one charges the group from behind when its rivals least expect it, and the race is on. It’s a hectic and violent spectacle; a horse that throws its rider is still eligible to win. The jockeys don’t stop at the finishing line but keep going at top speed out of the Campo, pursued by frenzied supporters. A palio – or silk banner – is subsequently presented to the winner.

While seating is available in viciously expensive stands (booked months ahead; try Palio Tickets www.paliotickets.com), most spectators crowd for free into the centre of the Campo. For the best view, find a position on the inner rail by 2pm (ideally at the start/finish line), then stand your ground; people keep pouring in until just before the race, and the swell of the crowd can be overwhelming. Toilets, shade and refreshments are minimal, and you won’t be able to leave the Campo until at least 8.30pm. Hotel rooms are very hard to find; if you haven’t booked, either visit for the day or stay up all night.

Siena takes great pride in its division into neighbourhoods, or contrade, ancient self-governing wards that formed a patchwork of tribal identity within the fabric of the city and that still flourish today, helping to foster tight bonds of community and contributing to Siena’s surprisingly low crime rate. Each of the seventeen contrade has its own church, social club and museum. Each, too, has a heraldic animal motif, from caterpillar to unicorn, displayed in a fountain-sculpture in its neighbourhood piazza. Allegiance to one’s contrada – conferred by birth – remains a strong element of civic life, and identification with the contrade is integral to the competition of the Palio. You’ll often see groups of comparse practising flag-waving and drum-playing around town. 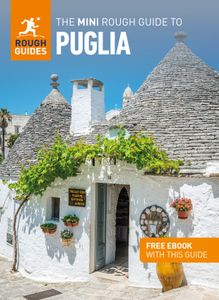