The three Basque provinces – Labourd (Lapurdi), Basse Navarre (Behe Nafarroa) and Soule (Zuberoa) – share with their Spanish neighbours a common language – Euskera – and a strong sense of identity. The language is widely spoken, and Basques refer to their country as Euskal-herri (or, across the border in Spain, Euskadi). You’ll see bilingual French/Euskera toponym signage and posters throughout the region (sometimes only in Euskera), so in this section we have given the Euskera for all locations in brackets after the French.

Apart from the language and the traditional broad beret, the most obvious manifestations of Basque national identity are the ubiquitous trinquets (enclosed) or frontons (open) concrete courts in which the national game of pelota is played. Pairs of players wallop a hard leather-covered ball, either with their bare hands or a long basket-work extension of the hand called a chistera (in the variation known as cesta punta), against a high wall blocking one end of the court. It’s extraordinarily dangerous – the ball travels at speeds of up to 200kph – and knockouts or worse are not uncommon.

Although Basque cooking shares many of the dishes of the southwest and the central Pyrenees – in particular garbure, a thick potato, carrot, bean, cabbage and turnip soup enlivened with pieces of pork, ham or duck – it does have distinctive recipes. One of the best known is the Basque omelette, pipérade, made with tomatoes, peppers and often Bayonne ham, and actually more like scrambled eggs. Another delicacy is sweet red peppers, or piquillos, stuffed whole with morue (salt cod). Poulet basquaise is also common, especially as takeaway food: pieces of chicken browned in pork fat and casseroled in a sauce of tomato, ground Espelette chillis, onions and a little white wine. In season there’s a chance of salmi de palombe, an onion-and-wine-based stew of wild doves netted or shot as they migrate north over the Pyrenees.

With the Atlantic adjacent, seafood is also a speciality. The Basques inevitably have their version of fish soup, called ttoro. Another great delicacy is elvers or piballes, caught as they come up the Atlantic rivers. Squid are common, served here as txiperons, either in their own ink, stuffed and baked or stewed with onion, tomato, peppers and garlic. All the locally caught fish – tuna (thon), sea bass (bor), sardines (sardines) and anchovies (anchois) – are regular favourites, too.

Cheeses mainly comprise the delicious ewe’s-milk tommes and gasna from the high pastures of the Pyrenees. Puddings include the Gâteau Basque, an almond-custard pie often garnished with preserved black cherries from Itxassou. As for alcohol, the only Basque AOC wine is the very drinkable Irouléguy – as red, white or rosé – while the local digestif liqueur is the potent green or yellow Izzara.

Bayonne (Baïona) stands back some 5km from the Atlantic, a position that until recently protected it from any real touristic exploitation. The city is effectively the economic and political capital of the Pays Basque and to the lay person, at least, its Basque flavour predominates, with tall half-timbered dwellings and woodwork painted in the traditional green and red.

Sitting astride the confluence of the River Ardour and the much smaller Nive, Bayonne is a small-scale, easily manageable city, at the hub of all major road and rail routes from the north and east. Although there are no great sights, it’s a pleasure to walk the narrow streets of the old town, which is still wrapped in the fortifications of Sébastien le Preste de Vauban, Louis XIV’s military engineer.

Up until the 1950s, Biarritz (Miarritze) was the Monte-Carlo of the Atlantic coast, transformed by Napoléon III during the mid-nineteenth century into a playground for monarchs, aristos and glitterati. With the 1960s rise of the Côte d’Azur, however, the place went into seemingly terminal decline, despite having been discovered by the first surfers in 1957. But from the early 1990s, Biarritz was rediscovered by Parisian yuppies, a new generation of the international surfing fraternity and a slightly alternative family clientele, who together have put the place back on the map.

The focus of Biarritz is the Casino Municipal, just behind the Grande Plage

, now restored to its 1930s grandeur, while inland the town forms a surprisingly amorphous, workaday sprawl, where you’ll find fancy shops and restaurants on main drags and cosier eateries light up the otherwise tenebrous side streets after sundown. By day, the main draw is the town's six beaches , of which three are suitable for surfing.

Of Biarritz’s six beaches, three are surfable, although in summer months and especially at weekends there’s not always a lot of space in the water. Parking is near impossible at any time of the year, let alone summer so consider taking the free navette service.

Grande Plage is the legendary beach to show off your board and sun tan; it’s sited on the north edge of the old town by the famous casino. With its golden sand, beautiful views and famous backdrop, people come in their droves to see and be seen. Consequently restrictions on the number of bathers and surfers come in to force at busier times. Plage Miramar, extending north east of Grande Plage, offers more space but deadly currents so there’s no surfing here. Plage Marbella and Plage de la Côte des Basques, south of the rocky outcrop, have two clear kilometres of sand and surf although the latter loses its sandy beach at high tide leaving perilous rocks to circumnavigate the way back to land. A number of surf schools and board-hire companies can be found at the north end near the old town.

Plage Port Vieux, a petite little cove beach in the old town that has gentle waves and Plage Milady on the southern edge of town are ideal for non-surfing beachgoers and families. The latter has better parking provisions and a playground although the waves can still be pretty choppy.

Native to the Basque country and Bearn, this AOC ewe’s cheese, with its delightfully nutty flavour, is developed in the summer-grazing huts extending along the Basque coast up to the Col d’Aubisqe in the Pyrenees national park. Look out for Route du Fromage signs while travelling about the Basque hinterland and buy direct from the shepherds themselves. The true artisan cheese often has small holes and should not stick to the palate.

With its fine sandy bay – the most protected of the Basque beaches – and magnificent old quarter speckled with half-timbered mansions, St-Jean-de-Luz (Donibane Lohitzun) remains the most attractive resort on the Basque coast, despite being fairly overrun by holidaying families in peak season. As the only natural harbour between Arcachon and Spain, it has long been a major port, with whaling and cod-fishing the traditional occupations of its fleets. Even now, St-Jean remains one of France's busiest fisheries, and the principal one for landing anchovy and tuna. 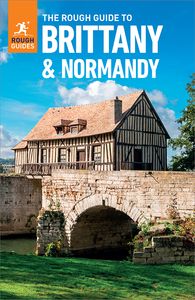