JILIN (吉林, jílín) must go down as one of China’s least-visited provinces, and its two main cities have an air of neglect about them (as even locals will confess). The region bore the brunt of Japanese, Russian and Chinese communist planning more than anywhere in China: during the twentieth century, Jilin’s vast deposits of coal and iron ore transformed the area into a network of sprawling industrial hubs.

Today, things are on the up: roads have been improved, the rail network is thorough and easy to use, most hotels are delighted to see foreigners, and winter brings low-cost skiing and sledding. The provincial capital, Changchun, boasts the Puppet Emperor’s Palace memorializing Puyi’s reign as “emperor” of the Japanese state Manchukuo; while Jilin city is famed for the ice-coated trees that line its riverfront in winter, and ski resorts on the outskirts of town. Popular with both domestic and South Korean tourists is the Changbai Shan Nature Reserve, a swath of mountain and forest scenery along the North Korean border in the far east of the province; for independent foreign travellers, however, the area is a little tricky (and costly) to get around.

Jilin province is famous for er ren zhuan – loosely translated as “Repartee for Two” – a form of theatre closer to vaudeville than Beijing opera, incorporating dancing, singing, baton-twirling, costume changes and soliloquies. A typical performance sees a man and woman regaling the audience with a humorous tale of their courtship and love. CDs of the genre are available at stores, and you may be able to get into a performance with translation via CITS, or you could just ask a cabbie or local to point you to a theatre.

The Changbai Shan ranges run northeast to southwest for more than 1000km along the Chinese-North Korean border. With long, harsh winters and humid summers, this is the only mountain range in east Asia to possess alpine tundra, and its highest peak, Baitou Shan (2744m), is the tallest mountain on the eastern side of the continent. Changbai Shan Nature Reserve, with its jagged peaks emerging from swaths of lush pine forests, is one of the highlights of Dongbei, not least for its stunning lake, Tian Chi, which actually straddles the international border.

Despite Changbai Shan’s remote location, both domestic and South Korean tourists come here in great numbers; a village has grown up on the mountain, and the scenery and atmosphere are somewhat marred by litter, souvenir stalls and hawkers. In fact the reserve averages around 10,000 visitors a day in summer – as you’re herded from one spot to the next, it’s easy to feel the outdoors experience has been diluted a bit, and getting away from the crowds is the key to a rewarding visit. You need to come well prepared with all-weather gear, whatever the time of year.

Ginseng has been collected as a medicinal plant for millennia, and the first Chinese pharmacopoeia, written in the first century, records its ability to nourish the five internal organs, sharpen intelligence, strengthen yin (female energy) and invigorate yang (male energy).

It is the ginseng root that is prized. Plants are rare and the hunt for them is shrouded in superstition. The roots are said to be guarded by snakes and tigers, and legend has it that if a hunter should dream of a laughing, white-bearded man or a group of dancing fairies, he must get up, remain silent, and walk off into the forest. His colleagues must follow without speaking to him, and he will lead them to a root.

Changbai ginseng is regarded as the finest in China. Ginseng hunters here work in summer, when the plant can be spotted by its red berries. One way to find it is to listen for the call of the Bangchui sparrow, which becomes hoarse after eating ginseng seeds. When a ginseng is found, a stick is planted in the ground and a red cloth tied to it: according to tradition, the cloth stops the ginseng child – the spirit of the root – from escaping.

Ginseng generally grows in the shade of the Korean pine, and it is said that a plant of real medicinal value takes fifty years to mature. The plants are low-growing, with their roots pointing upwards in the topsoil. Digging one out is a complex, nail-biting operation, because if any of the delicate roots are damaged, the value of the whole is severely diminished. Roots are valued not just by weight, but by how closely their structure resembles a human body, with a head and four limbs. If you find a wild root, you’re rich, as Changbai ginseng sells for over ¥1000 a gram. Artificially reared ginseng is worth a fraction of this.

CHANGCHUN has historical notoriety from its role as Hsinking, capital of Manchukuo, the Japanese-controlled state that, from 1932 to 1945, had the former Manchu princeling Xuantong (better known as Puyi) as its emperor. Now a huge, sprawling, industrial city, it’s also renowned for its many colleges, its movie studio and the Number One Automobile Factory. The city retains its imperial architecture and design, with straight boulevards and squares throughout.

If you’re short on time, or just don’t feel like staying in Changchun (nobody would blame you), it’s perfectly possible to rock up on a train in the morning or early afternoon, take a subway train to the Puppet Emperor’s Palace – the city’s most memorable sight – and then head off again in the evening.

In 1908, at the age of 2, Puyi ascended to the imperial throne in Beijing, at the behest of the dying Dowager Cixi. Although forced to abdicate four years later by the Republican government, he retained his royal privileges, continuing to reside as a living anachronism in the Forbidden City. Outside, the new republic was coming to terms with democracy and the twentieth century, and Puyi’s life, circumscribed by court ritual, seems a fantasy in comparison. In 1924, he was expelled by Nationalists uneasy at what he represented, but the Japanese eventually found a use for him in Changchun as lending a symbolic legitimacy to their rule. After the war, he was re-educated by the Communists and lived the last years of his life as a gardener. His story was the subject of Bernardo Bertolucci’s lavish film The Last Emperor.

Changchun’s only truly notable attraction is the Puppet Emperor’s Palace, in the east of the city. Like its former occupant Puyi (see The last emperor), the palace is really just a shadow of Chinese imperial splendour; in its defence, it does boast a swimming pool and horse-racing track. This luxurious retreat was only meant to be temporary, until his grand abode proper was completed south of Changchun’s train station at Wenhua Square (the second-largest square in the world after Tian’anmen) – plans that led to nothing.

Inside the palace grounds, the Museum of North East China’s Occupation by Japan documents Japan’s brutal invasion and rule. On a lighter note, be sure to see the restored Japanese garden, one of Changchun’s most tranquil spots. 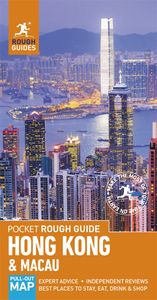