What to do in Valletta - perhaps Europe’s most underrated city

Valletta, the Maltese capital, has been missing from the tourist radar for years. This sixteenth-century city has remained remarkably preserved, a grid of elegant houses with a view of the sea at the end of every cobbled street. Valletta started to get noticed when it was crowned European Capital of Culture for 2018, but remains relatively under the radar - good news for travellers looking for a quieter capital city experience. Find out what to do in Valletta and how to make the most of your trip - this information in this article is taken from the Pocket Rough Guide to Malta & Gozo Dropdown content, your essential guide for visiting Malta.

Why should I go?

Valletta is a beautiful place. The forget-me-not blue of the Mediterranean contrasts with the golden-butterscotch of the city's buildings. Constrained by a narrow peninsular, Malta Dropdown content's capital is perched up high with soul-flipping views over the sea on three sides. It sits above the aptly named Grand Harbour, the deepest natural harbour in the Mediterranean, in use at least since the Phoenician era.

Valletta is packed to the gills with splendid monuments, too. It was built as the Knights of Malta’s victorious capital after their David-and-Goliath victory at the Great Siege of 1565, where 700 knights and 8000 local troops overpowered 40,000 Ottoman Turks.

There’s a lot to take in, but the city is compact and easy to navigate. You can walk from end to end in about half an hour, so there’s plenty of time to relax in between sightseeing.

Why should I visit Valletta?

The last few years have almost as if the city has awoken from a deep sleep. Regeneration projects spruced up Valletta in preparation for its stint as European Capital of Culture next year, with fine mansions turned into boutique hotels, and new restaurants and bars reigniting the city’s spark.

Italian uber-architect Renzo Piano has revamped Valletta’s main City Gate. He built an open-air auditorium on top of the broken pillars and rubble of the WWII-bombed, nineteenth-century Opera House. The forts of St Angelo and St Elmo, both key during the siege, have also been renovated and opened to the public. The latter houses the magnificent Malta at War museum.

What are the best things to do in Valletta?

Most magnificent of Valletta’s older buildings is St John’s Co-Cathedral. It’s fortress-like on the outside, but its interiors are lavishly gilded. The largest of all Caravaggio’s paintings, a brutal depiction of the beheading of John the Baptist, hangs in the cathedral oratory.

The city’s other attractions include the similarly enriched Grand Master’s Palace. Meanwhile, the Casa Rocca Piccola is the lived-in house of a local aristocratic family. Go on the right day and you may be shown around by the nice-as-pie Marquis himself.

Close to the city you can visit the Hypogeum, an underground temple built more than 5000 years ago. Above ground, the Mnajdra and Ħaġar Qim temples have pinch-yourself sea views.

Is it worth venturing further afield in Malta?

One of the joys of Valletta is that you’re in easy reach of many of Malta’s other attractions. You could spend your morning sightseeing in the city, and the afternoon jumping off rocks into crystalline sea.

Boatmen also chug tiny boats across the water between Valletta and the historic Three Cities and stylish Sliema.

Planning a trip to Malta? Find the perfect Malta hotel for your stay.

Where should I eat and drink?

Valletta’s restaurant scene is burgeoning by the week. You can eat rib-sticking Maltese pizza at Nenu the Artisan Baker, or sample a Mediterranean menu at wine-bar-cum-restaurant Trabuxu. Michael’s, in the ex-Civil Service Club, serves up creative dishes conjured from local produce. The eponymous chef here greets everyone with enthusiasm.

There’s also some nightlife to discover (a rarity until recently). A string of bars have reopened along Strait Street – a lane narrow enough to shake hands across. It was once the Red Light district, catering to sailors passing through. Now you can catch an outdoor gig or art installation here.

Find out how to make the most of your trip to Malta Dropdown content and find a place to stay in Malta.

We may earn commission when you click on links in this article, but this does influence our editorial standards - we only recommend services that we genuinely believe will enhance your travel experiences. 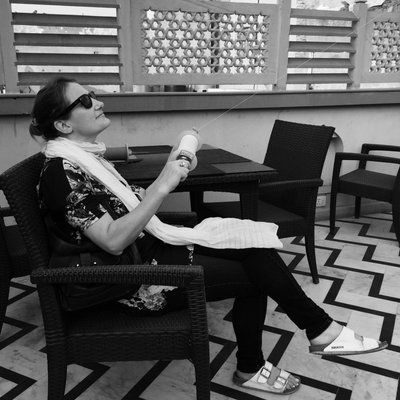