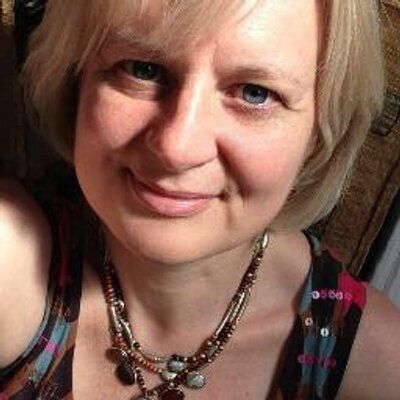 If you're feeling tired of your local concert hall, or you fancy combining a trip with some world-class music, you may want to consider one of these truly memorable music holidays, from Rough Guides' Make The Most Of Your Time On Earth.

Checking out the Kinshasa music scene, Democratic Republic of Congo

The young François Luambo Makiadi – better known as Franco – was barely 11 when he was first spotted jamming on a makeshift instrument in the market district of 1940s Léopoldville, as Kinshasa was then known. By his early twenties, Franco was the biggest star in Congolese dance music. He called his Cuban-influenced musical style “rumba odemba”, after a favourite Congolese aphrodisiac. Franco went on to open four nightclubs in Kinshasa and throughout the last two decades of his life, the 1970s and 1980s, Kinshasa was a throbbing live-music hub. Even now, the seedy but lively Matonge district around Rond-Pont Victoire, between Kasa-Vubu and the centre, buzzes after dark.

For a dose of raw-edged nightlife, head up to the rooftop terrace at the down-at-heel Hôtel de Crèche, near Rond-Pont Victoire: live bands play here most nights. Meanwhile in Gombe Commune, the more salubrious central district, well-heeled locals and expats pack out the dancefloor at Chez Ntemba, an after-midnight club. If you want to catch a big-name band, see the local press – near the Congo River, the swish Grand Hôtel Kinshasa and Halle de la Gombe sometimes host stars such as Werra Son, Youssou N’Dour and Papa Wemba, all of whom cite Franco as a formative influence.

Beirut is packed with live music shows every night, with even the more popular bands often playing in tiny, packed-out bars for free. You might hear Arabic rhythms over the top of a saxophone, or electronic soul in French and Arabic. To plan your night you’ll need to pick up some of the flyers dumped at the entrance to Ta Marbuta in Hamra or at the Art Lounge bar in Karantina. Then head across town to walk up the hilly Monot Street, home to the popular Facebook Pub and the city’s see-and-be-seen crowd. But Monot is losing its edge to Gemmayze, at the bottom of the hill, a change kick-started by a red-neon-lit bar called Torino Express.

The bars start emptying out after midnight, when queues start to form at clubs such as BO18 and Sky Bar. BO18 is in a converted bunker, and when the sun rises over the Mediterranean, the roof peels back and the party steps up a gear. The open-air Sky Bar, meanwhile, has a 360-degree view of the city lights, framed by the mountains and the never-ending shoreline and patronized by Armani-clad, Hummer-driving playboys. It may all feel a little too cool for school, but Beirut can rival London or New York on a good day.

Feeling the blues at a Delta juke joint, Mississippi

The ceilings are often made up of half rotted wood, half plastic sheeting and rain drops are collecting in buckets on the stained carpet floor. If you want a drink, your choices are simple: beer or whiskey served in a plastic cup. From the outside on a weekend night these places often look abandoned, with assorted junk piled up against the front wall. But open the door after 10pm, and you’ll find one of the most influential musical genres of the past century in full swing, with a hard drinking, hard partying crowd grooving and shaking to some of the Delta’s finest bluesmen – who are usually stuffed into a corner with their battered guitars and primitive PAs, but making enough noise to be heard three zip codes away.

Live music is guaranteed on weekends and could come from gnarled white country boys with one battered slide guitar, dungarees and a ZZ Top-esque beard, or from nattily attired black bluesmen armed with electric guitars, drums and bass. Red’s, on the outskirts of Clarksdale in a residential area straight out of The Wire, and Po’Monkey’s, located in a field a few miles from Merigold, are patronized by an eclectic mixture of predominantly local characters. Expect to embrace conversation with music lovers, beer swillers and tall-tale tellers.

Juke joints don’t tend to have websites, phones or set opening hours. For the most up-to-date information on what’s on in the various venues in the Delta, call the “Cat Head” music and crafts store in Clarksdale on +1 662-624-5992.

As you might expect from Jamaica’s flagship music festival, Sumfest is one of the best reggae shows in the world. If you’re interested in seeing the hottest names in Jamaican music past and present, with a few international R&B or hip-hop acts thrown in for good measure, then you’re in for a serious treat.

It’s best to arrive in Montego Bay a week or so before the event – held in late July or early August – and head for the beach to rid yourself of that fresh-off-the-plane pallor, and to attend pre-festival events: the Blast-Off beach party on the Sunday before the festival starts, and the Monday street Party with DJs and outdoor jams. Once the festival is under way, the island’s stage shows start late, carry on until dawn and involve some serious audience participation. And it’s doubtful you’ll find a better high than standing under the stars in a grassy bowl by the Caribbean with the music echoing out over the bay.

Having a sake party at Fuji Rock, Japan

In many ways, the Fuji Rock festival will be familiar to any seasoned Western festival-goer. Major international acts headline stadium-scale stages, and smaller local bands play anything from Japanese drumming to experimental electronica at fringe locations. There’s unexpected downpours, and impossibly early mornings as the sun turns your tent into an oven. But all of this comes wrapped with the charms of Japanese culture, both softening and enriching the experience.

This music holiday kicks off with a bon-odori folk dance. The happy crowd honours the ancestors by stomping in a circle around a drummer, raising and lowering their hands. When the festival proper gets underway, food and drink stalls line all the main routes between the stages, but there’s more sushi than burgers on the menus. There’s alchohol, of course, but as well as beer stands, there are sake stalls where you can sample a variety of rice wines you’d never see outside Japan. Despite all the drinking, there’s no aggression, and a warm welcome for the occasional foreigners.

Fuji Rock (www.smash-uk.com) is in mid-July each year. There are (expensive) ski-resort hotels for the less camping-inclined. If you’re camping, try to get there as early as possible to find a (rare) flat pitch.

For hundreds more ultimate travel experiences, get Rough Guides' Make The Most Of Your Time On Earth