Think of the northern Adriatic and you’d be forgiven for thinking of Italy - of Venice, Rimini, and Trieste - or Croatia, whose abundant seaside gems stretch from Rovinj to Zadar and beyond. However, you’d be missing an important 47 kilometres, which belong resolutely to Slovenia, a tiny fragment of coast wedged between its neighbours that packs in a disproportionately large number of treats.

Croatia might completely hog the waterfront in this part of the world, snatching miles and miles of stunning coastline from similarly-sized nearby countries and attracting huge numbers of visitors to match, but the Slovene Riviera – sitting pretty at the tip of the Slovene Istria in the south west of the country – is equally as beguiling.

Most visitors to this country, which has been independent since 1991, covers an area the size of Wales and numbers just a handful of million inhabitants, head straight for the capital Ljubljana or the justifiably popular Lake Bled, but I’d been told to make a beeline for the beach. So, a couple of hours after our budget plane bounced onto the tarmac we were on top of Hotel Piran in the city of the same name sipping margaritas as the sun dropped into the sea.

The drive along the top of the peninsula to Piran sets the scene: look to the right as the road crests a hill and you can see the fishing port town of Izola, beyond that the more industrial Koper, whose new developments encircle a medieval core, and in the far distance Trieste in Italy. To the left, signs point to the casinos and bars of resort town Portorož, hedges intermittently open to reveal the salt pans of Sečovlje, and in the distance Croatia squats peacefully. 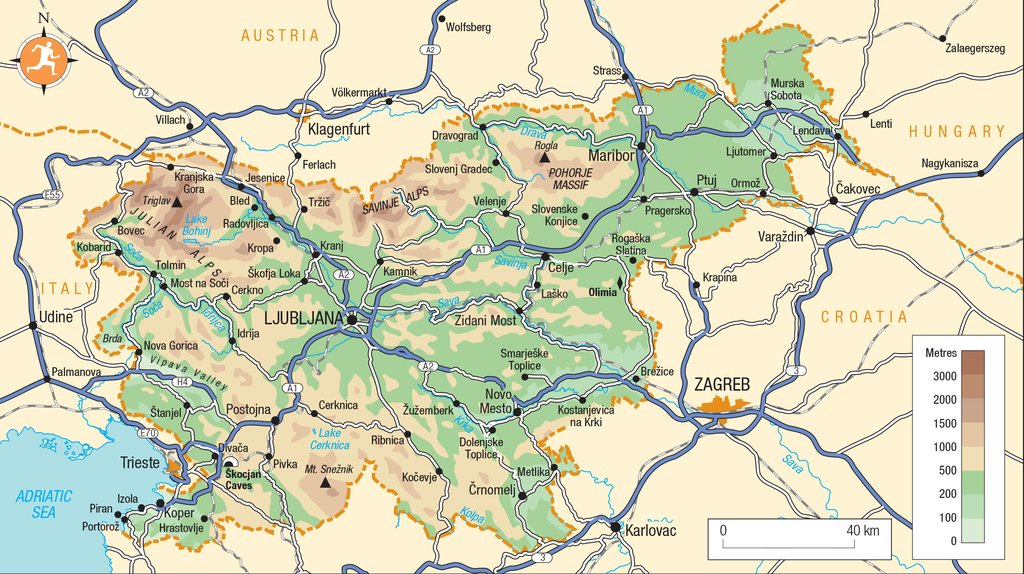 We only had a long weekend to spare so we hit the ground running the following morning, exploring Piran’s cobbled streets and labyrinthine passageways with a local guide. The city dates back to medieval times but it was the Venetian Republic which really left their mark; some corners of the centre look like they’ve been airlifted from the famous watery landmark across the sea and in fact Piran is very much like Venice if you substract the crowds and the effluent.

Tartini Square is the place to get your bearings, a former inner port whose buildings and statues tell a variety of stories. Named after Giuseppe Tartini, a famouse violinist and local hero whose statue stands proud in the midst, the city’s hub is crowded with messages for anyone looking in the right place.

On one side, Casa Veneziana is a light red example of Venetian gothic architecture, an erstwhile lodging for a local girl who caught the eye of a Venetian merchant, emblazoned with the words “lasa pur dir” (“let them talk”) in response to the gossip that followed their courtship. The Municipal Palace, meanwhile, features a stone lion with wings holding an open book under its paw, the bared pages signifying the fact it was erected during peace time. The nearby 1st May square is also full of secret stories; look out for depictions of Law and Justice in front of the stone rainwater collector, and the statues holding gutters.

Elsewhere and Piran is home to eight churches, most sadly closed due to vandals and thieves, including the impressive baroque St George’s Parish Church which dates back to the 12th Century and commands awesome views. The imposing city walls and several family attractions, from the Maritime Museum to an aquarium, are also worth your time.

That afternoon we were taken by speedboat to a cluster of floating nets belonging to the Fonda Fish Farm, where thousands of Piran sea bass grow into huge healthy specimens under careful supervision. The company are aiming to nurture top quality fish and mussels and their enthusiasm was infectious.

We followed our tour with a dip in the Adriatic back at Piran's concrete beach and ended the day at Pri Mari, a family-run Mediterranean restaurant and a Rough Guide author pick. The owners, Mara and Tomi, lavished us with fine Slovenian wines and endless thanks once they discovered we were from the book that had brought in so much business over the years, but their hospitality was exemplary before they knew who we were. Two steaks (because that’s what you order at the coast, naturally) were delectable and the place was thrumming with happy customers. Piran nightlife seems somewhat sedate but we managed to find two guitarists playing Pink Floyd to a small dancefloor and a man serving pina coladas in one corner of the port to finish things off.

The following day we drove into the hinterland in search of wine. The Karst region behind the coast is carpeted with vineyards and olive groves, interspersed with peach and cherry trees and harbouring thousands of underground caves (the Postojna and Škocjan caverns are the best known).

Before long we arrived at Korenika & Moškon, a small family-run cellar dating back to 1984. The place actually goes back much further – the family has been producing wine for ages - but the communist regime put paid to that for a while. For several hours we were plied with golden yellow and peachy Malvasia and Paderno whites and bold, interesting reds such as local pride and joy Refošk, a dark ruby and almost port-like liquid.

From here we were driven to Izola for the weekend fish festival, a lively gathering of locals and domestic tourists who descend on the port for live music, craft stalls and plenty of fried catch.

On Sunday we sped through Portorož, Slovenia’s answer to the French Riveria but without the bumper-to-bumper traffic and hordes of people selling tat laid out on bedsheets, to the Sečovlje salt pans.

A vast national park that has been producing salt for 700 years and continues to this day, it marks the border with Croatia and plays host to an abundance of wildlife. We jumped on a golf cart for a flying tour of the endless salty pools before taking a dunk in the dirt at the in-house spa. Lying caked in sea salt and mud wraps in the middle of this barren landscape, we fell into a trance like happy hippos.

Back in Piran, a final goodbye cocktail reflecting the deep orange rays of one last late summer Slovene sunset, we toasted our new discovery: 47km of criminally overlooked summer fun.

Explore more of Slovenia with the Rough Guides destination page for .