For most travellers, Egypt's Sinai Peninsula means one thing: the coast. Package tourists flock to the bold and brash resorts of Sharm el-Sheikh and neighbouring Na'ama Bay, while backpackers and independent travellers favour the more laid-back charms of Dahab and Nuweiba. The inviting Red Sea, sandy beaches and seemingly endless diving and snorkelling opportunities mean that relatively few people take the time to explore the interior of the Sinai Peninsula. Those who do rarely venture beyond a handful of well-worn and over-crowded camel, jeep and quad-biking 'safari' routes.

This is a real shame, as this vast expanse boasts some of Egypt's most dramatic scenery. The Sinai Peninsula is a stark, unforgiving place of parched mountains, waves of pale sandy dunes and rocky outcrops, all beneath an almost unnaturally blue sky. The barren landscape is interspersed with water holes, patches of vegetation, remote oases and lonely settlements.

One of the most intriguing places to visit is the site of the ruins of Serabit el-Khadim, the only pharaonic temple in the Sinai Peninsula, located between Sharm el-Sheikh and the city of Suez. The ruins, which date back to the Middle Kingdom period (around 2000 BC) lie at the summit of a craggy 755m peak and are surrounded by (now largely exhausted) turquoise mines. Although the hike up to the top can be something of a slog, en route you pass engravings, tunnels and the remains of ancient homes, before being greeted by expansive views of the region. If you head 15km north, there's the unique - and somewhat eerie - Forest of Pillars, a collection of petrified tree stumps strung along the cliffs of Jebel el-Tih.

Around 30km south-east of Serabit el-Khadim, is the lush Feiran Oasis, the largest oasis in the Sinai Peninsula and a welcome flash of green. This granite valley, fed by water that travels down from the surrounding mountains, is filled with tens of thousands of palm, orange and lemon trees, as well as the ruins of several churches and chapels. From here you can access the beautiful but challenging 2070m Jebel Serbal mountain.

Just south of here, and only a few hours drive from Sharm el-Sheikh, is the one destination in the interior that draws large numbers of visitors - though pilgrims outnumber tourists. The towering 2285m Mount Sinai is venerated by Christians, Muslims and Jews alike as the site of God's unveiling of the Ten Commandments; but regardless of your religious beliefs, the red and grey granite peak is an awe-inspiring sight. Should you make it up the 3750 Steps of Repentance to the summit you'll be rewarded with similarly impressive vistas of the area. Camping out here overnight is popular, and although you'll have to share the experience with many other travellers, the sunrise remains impossibly beautiful.

At the base of Mount Sinai lies St Catherine's Monastery, an imposing, fortified structure dating back to 337BC. This still-active Greek Orthodox monastery houses what is reputed to be the burning bush from which God spoke to Moses, and fragments of the 1600-year-old Codex Sinaiticus, the world's oldest bible.

Heading into the interior of the Sinai Peninsula also gives you an insight into a community whose lives have changed little in hundreds of years. The word 'Bedouin' conjures up a romantic image, but in reality the people are marginalised to such an extent that the Egyptian government does not even collate statistics on them. Most of the staff at the Sinai Peninsula's hotels, restaurants and tourists agencies are 'upper Egyptians' who have moved here from outside the region, and guiding is one of the few legal forms of employment available to the Bedouin. As a result, travelling into the interior can have a positive social impact, as well as offering the chance for exploration.

In addition to camel safaris of up to two weeks, rewarding trips can be organised to an all-night Bedouin wedding or to a zwara, a traditional meeting held during the full moon. You can even attend a camel-riding school or receive instruction in traditional desert survival skills.

Perhaps the most rewarding part of these trips is the chance to experience first-hand - if only briefly - the life of a nomad. After travelling through the day in a caravan of camels across a sparse landscape of wadis (valleys), scorched dunes and jagged peaks, you arrive in a remote oasis. A camp of tents, low tables, rugs and cushions is swiftly set up, a fire lit and sweet tea or cardamom-flavoured coffee brewed. Before long the scent of spiced kebabs and freshly baked unleavened bread wafts over, while the sun sets, the desert slowly fades away and a full cast of stars appear in the night sky.

Shafik Meghji is a contributing author of The Rough Guide to Egypt. 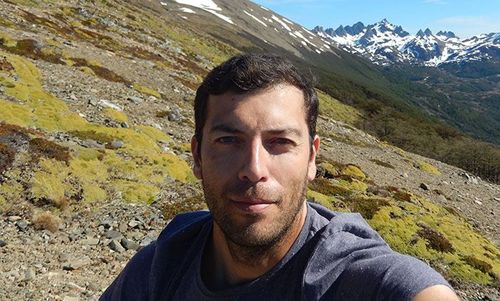 Your travel guide to Egypt

Ready to travel and discover Egypt?
Get support from our local experts for
stress-free planning & worry-free travels