Roughing it by container ship from Athens to Hong Kong

Rebecca Hall takes the long way round: thirty seven days from Athens to Hong Kong via ports in Italy & Spain by container ship.

“You’ll certainly have to lock your cabin door at night.”

“You’ll have to sleep in a container like refugees do.”

“And you’ll probably get taken hostage.”

These are a selection of comments I received when I announced that I’d booked a voyage to travel by container ship from to . As a woman, the initial conclusion that everyone drew was that I’d be unsafe, attacked in my cabin at night by sailors who’d been away from home and their wives and/or girlfriends for months on end. Everyone, that is, except my father - whom you’d have thought would have been the most worried. No, my father used to be at sea in the 1950s and knew what ‘those people’ were like, he was – and still is at heart – one of them. When I made my announcement, armed with all my documentation from the travel agent as proof I was taking this seriously, he merely nodded sagely. “You’ll gain a lot from this trip, just you wait and see.” He wouldn’t elaborate – I’d just have to wait and see then.

It was easier than expected. A Google search brought up an agent – The Cruise People based in and – who booked such trips. A degree of flexibility was needed though; I told them where I was living at the time and how long I had, my agent told me of available routes (some ports have more ships than others – Athens, it turns out, was limited). Once my route was sorted, they liaised with the shipping company and offered me a choice of five different sized sleeping accommodations, varying in price.

The ship was built in Korea, registered in and had a gross tonnage of 82,794. We had an indoor pool and gym with regular table tennis tournaments (my sparring partner was always the Filipino cook; we developed a camaraderie and he always teased me at how bad I was). Twenty-seven all male crew were on board; the senior officers of Swiss, German and Polish origin, the rest Filipino. Outbound to the containers were virtually empty, or carrying unassembled electrical goods. Inbound from China to Europe, they’d be filled with the same electrical goods, this time assembled in factories for sale in European cities, as well as the “Made in China” clothes you see on European clothes racks. I was getting to see globalisation in action.

So did I have to be nervous about my safety on board? Not at all. Every night I ate my meals with the senior crew who, even if they were in the middle of eating would all stand graciously whilst I took my seat – while I was the only one this time, they were used to having passengers, who are often of the “alternative” sort – freelance photographers or retired couples looking for adventure. The captain, chief, second and third officers welcomed me to sit with them in the wheelhouse on the bridge during their watch period. We would drink cups of tea, debate the merits of U2 vs INXS, discuss what Poland was like in the summertime or just sit quietly in a meditative state, contemplating life surrounded by endless ocean and horizon.

I remembered – with scorn – my friends’ crude remarks, and with fondness my father’s knowing smile when I told him of my plan. He knew that people who spend their career at sea are gentle natured, and I realised, during my time on the ship, that they live in a different world, not surrounded by the ugliness of everyday life; the hour long commute to work, avoiding eye contact on the tube, the rush, rush, rush of city people and the general aggression that surrounds life on land.

After the first ten days on board, I was starting to understand sailor Bernard Moitessier’s decision to embark on his epic round-the-world yachting journeys time and time again, despite numerous groundings and shipwrecks. But then, after we left the port of Suez in , the ship’s new security came on board and things became serious. As our vessel entered the Red Sea, I watched a speedboat come parallel to us and – James Bond-style – three men clambered up our rope ladder and disappeared into the bowels of our ship. I didn’t get to meet them until later.

At dinner, the captain announced we would all have a meeting. “I’ve asked the security team to keep us all briefed as to why they’re here. This includes you, Rebecca. You’re part of us now and I want no secrets on this ship, we all work together as a team.”

8pm and I was squeezed into what was affectionately referred to as the “Karaoke Room”. Here I came face to face with Huey, Dewey and Lewey (not their real names for security purposes). They were all British and ex-Marines, now working for a private security firm.

“Their boss gets them high on a natural leaf drug from Kenya, then sends them out on skiffs to target containers”, explained Huey. Upon seeing my horrified look, he shot me a reassuring smile. “But, be assured that nowadays these waters are patrolled by coalition warships and will keep in constant radio contact and the number of attacks has lessened due to the presence of security such as ourselves.”

After keeping a respectful distance from them, within 24 hours I was integrated into their watch, shown what type of vessels to look out for and how they might hide behind fishing boats. We ate our meals together in the senior crew room, swapped stories of loved ones and, only during their training exercises, which involved running and doing press ups in the heat of the midday equatorial sun while being shouted at by Huey, did I detect any of their aggression and ability to protect and serve if required.

It was my first experience travelling as a lone passenger on a container ship, and my first time travelling through dangerous waters, and while it was intimidating at first, it was a fascinating experience. I would recommend it to anyone who has time to take the long way round to their destination. I still keep in touch with the crew and security; long may that continue.

Explore more of the world with . for your trip. And don't forget to before you go. 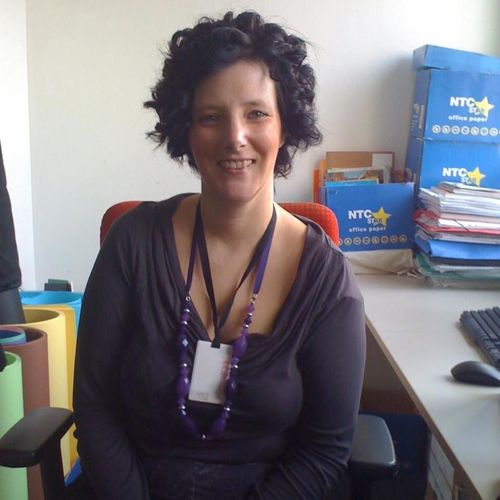 is a travel writer and author of first time novel 'Girl Gone Greek' - now an award-winning script. She's been living in Greece for the last 12 years and has updated Rough Guides to Greece, the Greek Islands and Portugal and has bylines for print and digital media such as Telegraph Travel, Sunday Times Travel Magazine, World Nomads, Trip Savvy and various inflight magazines such as easyJet Traveller and Ethiopian Airlines, to name but a few. Follow her @BeyondBex on and .

Go tailor-made!
Ready to travel and discover Greece?
Get support from our local experts for
stress-free planning & worry-free travels