Africa is a continent of wild open savannahs, terracotta sunsets, thousands of vibrant green hills and rugged coastlines. You can be chugging along on a rickety old railway one day and standing atop a rust-coloured sand dune the next. As American author John Hemingway once said, “If I have ever seen magic, it has been in Africa.” There’s no end to the amazing adventures this continent offers, but as a starting point, here are a few of our favourite African journeys.

Stretching 141 miles along the glittering waters of Lake Kivu in Rwanda, the Congo Nile Trail is one of East Africa’s best biking route.

So named because the route traverses the divide that separates the Nile and Congo rivers, the trail takes five days to complete. It winds through magnificent thick jungle, past perfectly pruned tea plantations and groups of cheering children, and along what is quite possibly one of the world’s most beautiful lakeside roads.

If cycling isn’t your thing, you can also hike the route in ten days.

Inspired by our African journeys? We can connect you with and more to plan a customised adventure.

Dating to the turn of the twentieth century, the “Lunatic Express” is the train line from Mombasa to Nairobi. During its construction, a pair of male lions killed a number of workers. This, along with the astronomic cost of building the railways, earned the route its name.

Nowadays, taking this overnight sleeper train feels like winding back to the early 1900s. Waiters with white gloves serve meals in the dining car and beds are made up for a rickety evening’s sleep.

All you need to do is sit back and enjoy the ride as you wind through ’s spectacular countryside. Keep your eyes peeled for impala, giraffe and elephants out of the window along the way.

This legendary overland tour of Africa takes travellers past the pyramids of , into the cliff-side churches of and through some of the greatest wildlife regions in East Africa.

After you’ve had your safari fix, the journey continues on to the majestic torrents of Victoria Falls, over the and finishes up by the icy Atlantic waters of South Africa’s most beautiful city: Cape Town.

Most adventurers take at least two months to complete this epic trip, and hire a robust 4x4 for the experience.

The hike takes five days to complete. On the way, you'll pass waterfalls, rock formations and forest teeming with hundreds of birds and insects.

Perhaps most breathtaking sights, however, are the panoramic views of the coastline along the way. Depending on the time of year you might see glimpses of dolphins and whales cutting through the waters.

Trek the Sahara by camel: Morocco

For a true Arabian Nights adventure, trek to the towering Erg Chebbi dunes in southern . An eight-hour drive from Marrakesh, through the winding roads of the Atlas Mountains, these burnt-orange dunes are the tallest in the country, reaching 50m from the desert floor.

Here, travellers journey across the searing sands on camelback, watching long shadows stretch across the landscape as the sun sets.

It’s possible to stay overnight, camping out under the glistening stars. At night, the sound is the wind scattering tiny particles of sand. As with any animal-based tourism, be sure to pick a reputable operator with the highest animal care standards.

Views across the Sahara © Roberto Caucino/Shutterstock

Can you overcome the fear-factor of being up close and personal with the wild world’s biggest predators? If so, a canoe safari down the Lower Zambezi River is truly a unique way to travel.

Why sit in a bumpy safari jeep when you can float down a river in the middle of a national park? Hippos tread water around you, crocodiles rest at the water’s edge and buffalo, zebra and elephants graze on the banks.

Each journey lasts three to five days. Travellers can either stay in a bush camp along the way or carry their own gear and camp on islands on the river.

Sail down the Nile: Egypt

A trip down one of the world’s longest, and perhaps most famous rivers, , is one of the most atmospheric African journeys.

There are a number of transport options for this coveted expedition. You can take a traditional wooden sailing boat known as a felucca, or glide along in an ornate houseboat called a dahabiya. Journeys start in Aswan in southern Egypt, stopping at ancient temples, tombs and quaint fishing villages along the way, before reaching the ancient city of Esna. 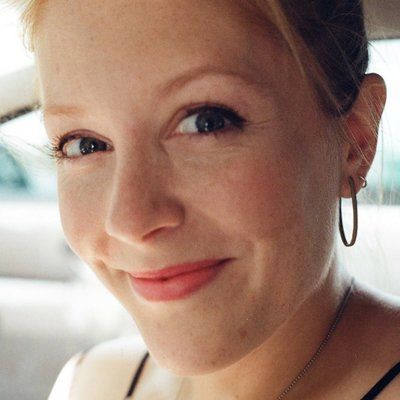 Go tailor-made!
Ready to travel and discover South Africa?
Get support from our local experts for
stress-free planning & worry-free travels