During his journey in Lapland, the botanist Carl von Linné said, “If not for the mosquitoes, this would be earth’s paradise.” His comments were made after journeying along the river valley of the Lilla Luleälven during the short summer weeks, when the mosquitoes are at their most active. Along this valley is the town of JOKKMOKK, its name deriving from one particular bend (mokk in Sámi) in the river (jokk). The densely forested municipality through which the river runs is the size of Wales and has a tiny population: just three thousand.

The town is a welcome oasis, although not an immediately appealing one; the prettiest part is around Stationsgatan, which links the train station with the main street, Storgatan, where the wooden houses and shops are oddly reminiscent of small-town America. Jokkmokk started life as winter quarters for the Sámi, and by the beginning of the seventeenth century had a market and church, which heralded the start of a permanent settlement. Today, as well as being a well-known handicraft centre, Jokkmokk functions as the capital of the Sámi and is home to Samernas Folkhögskola, the only further education college in Sweden using the Sámi language, teaching handicraft-making, reindeer husbandry and ecology.

A brief look at the Sámi

Among the oldest people in Europe, the Sámi – erroneously known to many as “Lapps” – are probably descended from the original prehistoric inhabitants of much of Scandinavia and northern Russia. Today there are around 58,000 Sámi, stretched across the whole of the northernmost regions of Norway, Sweden, Finland and Russia; traces of their nomadic culture have even been discovered as far south as Poland. In Sweden itself – though the population is declining – they number around 17,000 (ten percent of the population of northern Sweden), their domain extending over half the country, stretching up from the northern parts of Dalarna.

The Sámi language is a rich one, strongly influenced by their harmonious natural existence. There are no words for certain alien concepts (like “war”), but there are ninety different terms to express variations in snow conditions. One of the Finno-Ugric group of languages, which also contains Finnish and Hungarian, the Sámi language is divided into three dialects which are not mutually comprehensible. In Sweden you’ll come across two words for Sámi: the politically correct Sámi (as used by the Sámi themselves), and, more commonly, the Swedish corruption Same (plural Samer).

Reindeer, of which there are estimated to be 250,000 in Sweden (the maximum allowed by law is 280,000), have been at the centre of Sámi life and culture for thousands of years, with generations of families following the seasonal movements of the animals. Accordingly, the Sámi year is divided into eight separate seasons, ranging from early spring, when they traditionally bring the reindeer cows up to the calving areas in the hills, through to winter, when they return to the forests and the pastures.

The Sámi were dealt a grievous blow by the Chernobyl nuclear disaster of 1986, which led to a fundamental change in Sámi living patterns: the fallout contaminated not only the lichen that their reindeer feed on in winter, but also the game, fish, berries and fungi that supplement their own diet. Contamination of reindeer meat meant the collapse of exports of the product to southern Scandinavia, Germany, America and the Far East – and even today the lichen (the reindeer’s favourite food) in certain parts of the north is unfit for consumption, a fact which the Sámi, perhaps understandably, are keen to play down. Promises of government compensation came late in the day and failed to address the fact that this disaster wasn’t just on an economic level for the Sámi, their traditional culture being inseparably tied to reindeer herding.

The enduring Sámi culture, which once defined much of this land, is now under threat. Centuries of mistrust between the Sámi and the Swedish population have led to today’s often tense standoff; Sámi accusing Swede of stealing his land, Swede accusing Sámi of scrounging off the state. The escalating problems posed by tourism – principally the erosion of grazing land under the pounding feet of hikers – have also made the Sámi’s traditional existence increasingly uncertain.

However, perhaps as a consequence of Chernobyl, there has been an expansion in Sámi culture. Traditional arts and crafts have become popular and are widely available in craft shops, and Sámi music (characterized by the rhythmic sounds of joik, a form of throat-singing) is being given a hearing by fans of world music. On balance, it would appear that the Sámi are largely managing to retain their culture and identity in modern Sweden.

For more on the Sámi in Sweden, visit wsametinget.se.

The Arctic Circle and the midnight sun

Just 7km south of Jokkmokk, the Inlandsbanan finally crosses the Arctic Circle, the imaginary line drawn around the earth at roughly 66°N, which links the northernmost points along which the sun can be seen on the shortest day of the year. Crossing into the Arctic is occasion enough for a bout of whistle-blowing by the train, as it pulls up to allow everyone to take photos. However, the painted white rocks that curve away over the hilly ground here, a crude delineation of the Circle, are completely inaccurate. Due to the earth’s uneven orbit, the line is creeping northwards at a rate of 14–15m every year; the real Arctic Circle is now around 1km further north than this line. It won’t be for another ten to twenty thousand years that the northward movement will stop – by which time the Circle will have reached 68°N – and then start moving slowly south again.

Thanks to the refraction of sunlight in the atmosphere, the midnight sun can also be seen south of the Arctic Circle – Arvidsjaur marks the southernmost point in Sweden where this happens – for a few days each year. The further north you travel, the longer the period when the phenomenon is visible, and conversely the longer the polar winter. True midnight sun occurs when the entire sun is above the horizon at midnight. The following is a list of the main towns and the dates when the midnight sun can be seen; remember, though, that even outside these periods, there is still 24-hour daylight in the north of Sweden in summer, since only part of the sun ever dips below the horizon.

Known simply in Swedish as Jokkmokks marknad, the town’s 400-year-old Great Winter Market (w jokkmokksmarknad.se) traces its origins back to 1602, when King Karl IX decreed that a series of market sites should be set up in the north to help extend Swedish territory and increase taxes to fund his many wars. A chapel, a parsonage and a row of market sheds were built in Jokkmokk, and the rest is history. Today the market is held on the first Thursday to Sunday of each February, when thirty thousand people force their way into town – ten times the normal population. It’s the best (and coldest) time of year to be here; there's a Wild West feeling in the air, with lots of drunken stallholders trying to flog reindeer hides and other unwanted knick-knacks to even more drunken passers-by. Held on the frozen Talvatissjön lake behind Hotell Jokkmokk, the market's reindeer races can be a real spectacle, as man and beast battle it out on a specially marked-out ice track. The reindeer, however, often have other ideas and every now and then veer off with great alacrity into the crowd, sending spectators fleeing for cover. A smaller, historical market is held on the proceeding Monday to Wednesday, when people dress in traditional costume and put on various theatrical performances. 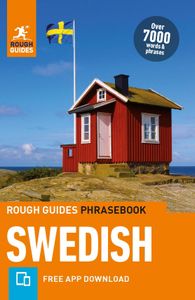