While it’s the Rio Minho that gives the region its name, it’s the area’s other river, the Rio Lima, which puts heart and soul into the Minho. Its delightful valley – dotted with ancient towns and Romanesque churches, and draped in morning mists – is a byword for beauty in Portugal, and forms an obvious route from Viana do Castelo, where the river meets the sea, eastwards to the Peneda-Gerês mountains. There are minor roads along north and south sides of the river, connecting a cluster of peaceful little settlements on the banks of the Lima and its tributaries, though the fast highway from Viana takes you quickly to the standout town of Ponte de Lima, with its famous market held right on the riverbanks. For slower travel around the region, the “Ecovia” bike-and-hike track runs along the riverside between Viana do Castelo, Ponte de Lima and Ponte da Barca.

place Braga and around place Guimarães place The Minho

Largely sporting an air of sleepy indifference to the wider world, easy-going PONTE DE LIMA takes its name from the stone bridge that spans the wide Rio Lima at this point. It’s an attractive town, set back from a handsome, landscaped riverside promenade – the scene is at its best every other Monday when Ponte de Lima’s lively open-air market, the Feira Quinzenal, sprawls out across the riverside flatlands, where a sea of stalls sells anything from mobile phone accessories to trussed chickens. Ponte de Lima claims the first documented market charter in Portugal, dated 1125, which makes the bi-monthly market the oldest in the country (Feira Quinzenal dates are posted along the riverside and on the town council website). Otherwise, the pedestrianized old centre has no specific attractions beyond its restored stone mansions and tangle of back alleys, but it’s one of those places that really repays a lazy day’s stroll or a night or two’s stopover – especially if you time a visit to coincide with one of the town's enjoyable festivals. Local accommodation, in particular, is in keeping with the well-to-do air in town, with lots of historic manor houses and boutique properties providing a good excuse to stick around for a while.

There’s been a fixed crossing over the river since at least Roman times. The current bridge was rebuilt in 1368 and once had seventeen arches – it’s lost three over the centuries to riverbank improvements and raids during the Napeoleonic assault in 1809. On occasions, the river encroaches upon the town – on the Torre de São Paulo, near the bridge, are marks showing the depth of historic floods, including the particularly severe one of 1987. Further down the riverfront is the old sixteenth-century keep and former prison, the Torre da Cadeia Velha (now housing the turismo), with the granite, arcaded Mercado building overlooking the riverside, just beyond here. If you keep going along the promenade and under the lime trees you’ll see the fifteenth-century convent of São Francisco e Santo António dos Capuchos.

For the Romans in Portugal, the rising mists of the Rio Lima carried troubling echoes of the River Lethe, or the “River of Forgetfulness”, one of the five mythical rivers of the Underworld. The Romans believed that if they crossed the river, or drank any of its water, their memories would be erased and they would never return home – which, according to local legend, is why the otherwise all-conquering Roman legion was brought up short here in the second century BC, its troops refusing to go any further. It took an enterprising general to splash across, and demonstrate that his memory remained intact, before the soldiers would follow. It’s a nice tale, embraced by the modern town, which has a phalanx of Roman troop statues lined up on the town side of the river – being encouraged across the Lima by a mounted officer on the other side.

As if the huge bi-monthly market wasn’t enough, Ponte de Lima offers several other major festivities throughout the year. The market itself goes into overdrive for four days over the second weekend in September with the Feiras Novas, or New Fairs, celebrated since 1826 – as much festival as market, with fireworks, fairground rides, folk music and gigantones (enormous carnival-like statues). There’s a similarly traditional slant to June’s Feira do Cavalo (Horse Fair), while on the day before Corpus Christi (usually early June) Ponte de Lima comes over positively pagan with its annual ritual of the Vaca das Cordas (literally, “Cow of the Ropes”), which involves an enraged and defiant bull being chased through town. This is one of many traditions with its origins in the ancient fertility cults brought to the Iberian peninsula by the Phoenicians – the bull is tied by its horns, led three times around the main church, and then jabbed with goads, after which the unfortunate animal charges through the town’s streets before finishing up at the river. It is then led off to the abattoir, as the good people of Ponte de Lima prepare for the more sedate procession of Corpo do Deus the following day, which sees the streets covered with ornately patterned flowers. For more cultured pursuits, the annual two-week Festival Percursos da Música is held each July, a renowned arts festival presenting recitals, chamber music and opera as well as literature and philosophy events. The town’s Teatro Diogo Bernardes is the main venue, hosting a range of shows from dance to fado, with other performances also taking place in local manor houses and on the riverside itself.

Another old bridge over the Rio Lima is the centrepiece of the pretty, historic riverside town – PONTE DA BARCA, the “Barca” part of the name referring to the boat that once ferried pilgrims across the river, en route to Santiago de Compostela in northwestern Spain. Nowadays the Lima is spanned by a lovely sixteenth-century bridge, beside which is the shaded Jardim dos Poetas, dedicated to sixteenth-century brothers Diogo Bernardes and Agostinho da Cruz, monastic poets who were born in the town. Like the neighbouring Ponte de Lima, that’s pretty much it, save for a fortnightly riverside market on Wednesdays (it alternates with the one in Arcos de Valdevez), which draws hundreds of people from outlying hamlets. The only other time the small town becomes animated is for the annual Feira de São Bartolomeu, which takes place on August 19–24, with the big day on August 24; don’t expect to get any sleep once the party starts.

A few kilometres north of Ponte da Barca, the Rio Vez, a tributary of the Lima, is overlooked by the hillside town of ARCOS DE VALDEVEZ. It’s at its best – no real surprise – along the river, flanked by neat, wooded gardens and with a summer beach (praia fluvial) located a few hundred metres downstream from the old four-arched bridge. The old town, such as it is, stretches uphill behind the bridge, culminating in an unusual spiral Manueline pillory in the Praça Municipal. It’s very much a traditional shopping town – a bucket, some wellies, a length of hosepipe and a kilo of peaches, no problem, designer clothes not so much. The peak of the town’s activity takes place every other Wednesday, when the fortnightly Arcos market springs into action. Its major annual bash is the Festa do Concelho is held over the second week in August and features the usual giant figures, folkloric entertainments and blazing riverside pyrotechnics.

Well the trip to Spain went off without a hitch, thanks to you! It was first class all the way. The hotels were marvellous. And the guides in Granada and B ... 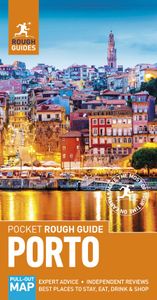