TOMAR is a charming, small town on the banks of the Rio Nabão – close enough to Lisbon for a day-trip, handsome enough and certainly interesting enough to warrant an overnight stay. Its old quarter is typically attractive, laid out as a grid of cobbled streets centred on a fine square, and there are riverside strolls to enjoy and green woods for picnicking. But standing sentry over town, high on the hill above, is the real reason for a visit – the mighty Convento do Cristo, founded (along with the town) in 1160 as the headquarters of the Order of the Knights Templar, scourge of the Moors and defenders of the faith. Castle and town both survived Moorish siege and attack in 1190, after which Tomar prospered in line with the gradual establishment of Portugal as a regional and, later, imperial force.

The dramatic Convento de Cristo is one of Portugal’s most important historical buildings – serving, unusually, as both military nerve-centre and religious foundation. Now a UNESCO World Heritage site, it was built by Gualdim Pais, a knight who had served under Afonso Henriques in battles against the Moors in Portugal. In 1157 he was appointed Grand Master of the Order of the Knights Templar, and moved their base from Soure in central Portugal, south to strategically important land overlooking the Rio Nabão at what became Tomar. When the powerful Templar order was later suppressed – it was seen as a challenge both to European rulers and the Papacy – it was simply re-established in Portugal in 1319 as the Order of Christ, with the castle at Tomar again its headquarters. The Order was later at the centre of Portugal’s emerging maritime empire, and under Prince Henry the Navigator – an illustrious Grand Master indeed – the castle also became both lavish palace and monastic centre.

It’s an enormous complex, and though you could whip around the main highlights in an hour, a longer tour could easily take two or three hours. You’re given a comprehensive English-language guide and floorplan on entry, and there’s a café inside with terrace seating.

The first structure to be built by Gualdim Pais within the new walls was also the castle’s defining structure, the Charola, a round temple modelled on the Church of the Holy Sepulchre in Jerusalem. It’s an outstanding piece of architecture, sixteen-sided on the outside, octagonal on the inside, and must have made a deeply powerful and symbolic impression on the Order’s medieval knights – many of whom, like Gualdim Pais himself, had travelled to the Holy Land. Under Dom Manuel I – Grand Master of the Order of Christ as well as king – the chapel was superbly decorated with the polychromatic statues and rich paintings you see today. Prince Henry had earlier added a nave to the round temple, greatly expanding the size of the church; Manuel rebuilt this in the flamboyant style that became synonymous with his name, in particular commissioning master architect João de Castilho to add a superb decorative portal that links the Charola to the Manueline church.

There are no fewer than eight cloisters in the Convento do Cristo, most added during the fourteenth and fifteenth centuries as the complex underwent massive expansion, in line with its increasing influence. Not only did Prince Henry build himself palatial quarters within the castle, he also expanded the monastic quarters, adding two lovely tiled cloisters, the Claustro do Cemitério and the Claustro da Lavagem, the latter used for domestic tasks like the washing of monks’ robes. The main cloister received its first remodelling under Dom Manuel I and his court architect João de Castilho, but it was Manuel’s successor, João III (1521–57), who transformed this central feature of what was by now a full working monastery. Work on the Claustro Príncipal began in 1557 and, under first the Spanish architect Diogo de Torralva and then the Italian Filippo Terzi, by 1591 the Convento do Cristo had a magnificent two-storey arcaded Renaissance cloister that’s the equal of anything in the country.

If there’s one place in the entire complex that reveals the wealth and care lavished on the buildings – and thus the high regard in which the Convento do Cristo was held for centuries – it’s the Janela do Capítulo (Chapter House Window). Added to the west facade of the nave between 1510 and 1513, it was given the full Manueline treatment by sculptor Diogo de Arruda, who rolled out every maritime and imperial motif he could muster in one masterful decorative sweep around what is – let’s not forget – a mere window (albeit a very large window into a very important church). There are twisted ropes, knots and swirls, coral and vegetation, and crosses and globes in glorious profusion. Access to see the window and the west facade is from the Claustro de Santa Bárbara, next to the Claustro Príncipal.

With the new-found wealth and confidence engendered by the “Discoveries” came a distinctly Portuguese version of Late Gothic architecture. Named after King Manuel I (1495–1521), the Manueline style is characterized by a rich and often fantastical use of ornamentation. Doors, windows and arcades are encrusted with elaborately carved stonework, in which the imagery of the sea is freely combined with both symbols of Christianity and of the newly discovered lands.

The style first appeared at the Igreja de Jesus (1494–98), in Setúbal. This relatively restrained building is the work of Diogo Boitaca, who later supervised the initial construction of the great Jéronimos monastery at Belém a few kilometres downstream from Lisbon. Commissioned by the king, this is a far more exuberant structure with an elaborately carved south portal opening onto a nave where the vaulting ribs seem to sprout out of the thin, trunk-like columns like leaves from a palm tree. Belém was the point from which many of the Portuguese navigators set forth, and the new building was largely subsidized by the new, lucrative spice trade.

The Jéronimos monastery is the most unified expression of the new style, but Manuel I also commissioned lavish extensions to existing buildings, such as the Convento de Cristo at Tomar, which is arguably the most brilliant and original expression of Manueline decoration. The armillary sphere – a navigational instrument – became the personal emblem of King Manuel, and frequently appears in Manueline decoration. It can be seen at the great abbey at Batalha, whose Capelas Imperfeitas (Unfinished Chapels) are also smothered in ornamentation (including snails and artichokes) that seems to defy the material from which it’s carved. Not all Manueline architecture was ecclesiastical: there were also palaces, like that of the Dukes of Bragança at Vila Viçosa, and castles, like the one at Évora Monte where the whole of the exterior is bound by a single stone rope. Most famous of all secular constructions is Lisbon’s Torre de Belém, a fortress built on an island in the River Tejo which incorporates Moorish-style balconies, battlements in the form of shields, and even a carving of a rhinoceros.

Manueline architecture did not continue much beyond the fourth decade of the sixteenth century. Indeed, so meteoric was the rise and fall of Manueline art within the reign of Dom Manuel that, to some extent, it must have reflected his personal tastes. In the reign of Manuel’s successor, King João III, a more austere religious atmosphere prevailed in which the decorative excesses of the Manueline style were replaced by the ordered sobriety of Italian classicism.

Tomar is renowned throughout the country for its Festa dos Tabuleiros (literally, the Festival of the Trays). It can be traced back to Queen Isabel who founded the Brotherhood of the Holy Spirit in the fourteenth century, though some believe it to derive from an ancient fertility rite. Whatever its origins, it’s now a largely secular event, held at four-yearly intervals during the first week of July; the next events are in 2019 and 2023.

The festival starts on the first Sunday with the Cortejo dos Rapazes or “Boys’ Procession” (for school children), with the Cortejo do Mordomo on the following Friday, when the costumed festival coordinators parade their carriages, carts and cattle (symbols of the sacrificial oxen that were once presented).

The main procession is on the final Sunday. The Cortejo dos Tabuleiros consists of several hundred young women wearing white, each escorted by a young man in a white shirt, red tie and black trousers. Each woman carries on her head a tray with thirty loaves threaded on vertical canes, intertwined with leaves and paper flowers, and crowned with a cross or a white dove – the symbol of the Holy Spirit. The resulting headdress weighs 15kg, and is roughly person-height – hence the need for an escort to lift and help balance it. There’s music and dancing in the flower-filled streets, traditional games, fireworks at dawn and dusk, and a bullfight the night before the procession.

We saw way more than we ever thought possible. The arrangements were flawless. The tour guides were also prompt and excellent! We had a great adventure. 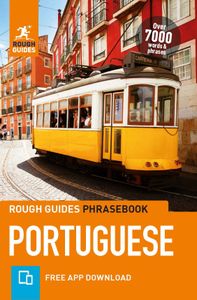