Portugal’s most important Roman site, Conímbriga is just 16km southwest of Coimbra – an easy day-trip – and around a kilometre south of the pleasant market town of Condeixa-a-Nova (signed off the IC3 road to Tomar), where you could easily spend the night. The excavations and remains you can see today are just a fraction of the Roman town that flourished from the last year BC until around 4 AD, and which once spread beneath land now occupied by the little village of Condeixa-a-Velha, where the remains of a huge amphitheatre remain hidden.

As you enter the site you’ll find a large car park with ticket office, separate museum and two cafés – handy, as you’ll need to allow a good two to three hours to see everything. Once through the gates you’ll be faced by the remains of a paved Roman road which once ran from Olisipo (Lisbon) to Braccara Augusta (Braga). To the right of this is the impressive first-century House of the Fountains – covered to protect it from the elements – whose floors still display beautiful polychrome mosaics. To the left of here are the remains of other wealthy family homes – some with mosaic panels – as well as shops.

Up until the fourth century, the inhabitants lived well and peacefully, but their lives changed dramatically when Swabian attacks became increasingly common. Those who could afford to leave quickly departed for the safety of Rome, while those who remained decided to build the site’s most prominent feature, a vast defensive wall 4m thick, which could only be entered via giant double gates. The wall virtually cut Conímbriga in two: the part of town between the wall and today’s ticket office was abandoned, with the rest of the settlement being protected between the wall and the natural defences of a ravine on the other side.

Today, you can see further houses beyond the wall: the biggest boasts around forty rooms and was once owned by a first-century aristocrat, Cantaber – reconstructed pillars show how impressive it was. Little remains of the other main structures, which include shops, an early Christian basilica, and a water cistern that formed part of a 3km-long aqueduct. You can also visit the partially reconstructed Forum, a broad space built around a temple dedicated to Roman gods, that was once the hub of the town.

The small but excellent Museu Monográfico de Conímbriga displays fascinating finds from the excavations, presented thematically. Cabinets detail the minutiae of various trades (glass making, ironmongery, weaving, even house building) and aspects of daily life including coins hoarded because of fear of attack and an array of implements that show the Romans were a vain lot: there are sumptuous, carved hairpins and jewellery you’d admire today. The section on health and hygiene contains scalpels, needles and some quite alarming “probing spoons”. On the other side of the museum are displayed the larger spoils – statues of torsos, carved lintels, gargoyles from temples, monochromatic mosaics, remarkably bright mural fragments, and inscribed slabs, pillars and tombstones from the necropolis. 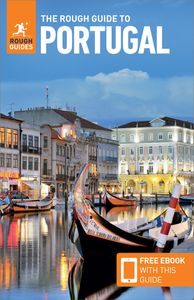