Udine, 71km northwest of Trieste, is the provincial capital and radically different to its larger sister city. Framed by mountains and hemmed in by sombre suburbs, the oval-shaped historic centre retains much of its Venetian charm. In many ways Udine harks back to the Venetian Republic, for which it was one of the most important cities, though, its canals, called roggie, are little more than rivulets compared to those in Venice. In addition to grand architecture, the churches and galleries here also boast scores of fine works by Giambattista Tiepolo, whose airy brilliance evokes the city’s easy-going atmosphere. Two days is enough time to experience Udine's charms, though you may also want to factor in a visit to nearby San Daniele del Friuli to sample some of Italy's best prosciutto in its hometown.

Along with Cividale, Udine was one of the frontier towns of imperial Rome but it was not until the thirteenth century that it started to become a regional centre. Patriarch Bertoldo di Andechs (1218–51) can be seen as the father of Udine – he established two markets (the old market in Via Mercatovecchio, and the new one in Piazza Matteotti, still a marketplace), moved the patriarchate from Cividale to the castle of Udine and set up a city council. In 1362 the dukes of Austria acquired the place by treaty, but not for long: Venice, now hungry for territory, captured Udine in 1420 after several assaults and sieges. The city was ruled by Venetian governors for almost four hundred years – until 1797, when the Venetian Republic surrendered to Napoleon. These days it’s a centre of Friulian nationalism.

The place to start any exploration of Udine is at the foot of the hill, in the gorgeous Piazza della Libertà, a square whose architectural ensemble is matched by few cities in Italy. Here, the fifteenth-century Palazzo del Comune is a homage to the Palazzo Ducale in Venice, and the clock tower facing the palazzo, built in 1527, similarly has a Venetian model – the lion on the facade and the bronze Moors who strike the hours on top of the tower are references to the Torre dell’Orologio in Piazza San Marco. All Udine’s points of interest are about a fifteen-minute stroll from the piazza.

Just over 20km northwest of Udine, the picturesque town of San Daniele del Friuli produces some of the world’s finest prosciutto thanks to the local microclimate that assists with the ham’s ageing process. You can visit one of the town’s many prosciuttifici for a tour round the processing plant and to sample some ham, or enjoy delicious cold cuts at one of the many prosciutterie in town; the Osteria Ai Bintars, at Via Trento Trieste 6, is one of the best. The four-day culinary festival Aria di Festa (last weekend of June) celebrates the highly prized prosciutto as well as other regional sweet and savoury products. Prosciutto aside, the deconsecrated Chiesa di Sant’Antonio Abate, Via Garibaldi 12/A, is home to a stunning cycle of Renaissance frescoes, considered to be the most beautiful of the region. 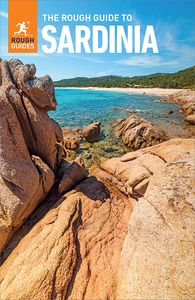