The palace of the Louvre cuts a magnificent classical swathe right through the centre of the city – a fitting setting for one of the world’s grandest art galleries. Originally little more than a feudal fortress, the castle was rebuilt in the new Renaissance style from 1546, under François I. Over the next century and a half, France’s rulers steadily aggrandized their palace without significantly altering its style, and the result is an amazingly harmonious building. Admittedly, Napoleon’s pink marble Arc du Carrousel, standing at the western end of the main courtyard, looks a bit out of place, but it wasn’t until the building of IM Pei’s controversial Pyramide in 1989, followed by the new Islamic arts department in 2012, with its sinuous glass and gold roof, that the museum saw any significant architectural departure.

The origins of the art gallery, the Musée du Louvre, lie in the French kings’ personal art collections. The royal academy mounted exhibitions, known as salons, in the palace as early as 1725, but the Louvre was only opened as a public art gallery in 1793, in the midst of the Revolution. Within a decade, Napoleon’s wagonloads of war booty transformed the Louvre’s art collection into the world’s largest – and not all the loot has been returned.

It’s easy to be put off by tales of long queues outside the Pyramide, endless foot-wearying corridors and multilingual jostles in front of the Mona Lisa, but there are ways around such hassles: you can use a back entrance, stop at one of the cafés or make for a less well-known section. Ultimately, the draw of the mighty collections of the Musée du Louvre is irresistible.

A floor plan, available free from the information booth in the Hall Napoléon, will help you find your way around. It’s wise not to attempt to see too much – even if you spent the entire day here you’d only see a fraction of the collection. The museum’s size does at least make it easy to get away from the crowds – beyond the Denon wing you can mostly explore in peace. You can always step outside for a break, but three moderately expensive cafés are enticing and open all day.

From the Hall Napoléon under the Pyramide, stairs lead into each of the three wings: Denon (south), Richelieu (north) and Sully (east, around the giant quadrangle of the Cour Carré). Few visitors will be able to resist the allure of the Mona Lisa, in the Denon wing, housed along with the rest of the Louvre’s Italian paintings and sculptures and its large-scale French nineteenth-century canvases. A relatively peaceful alternative would be to focus on the grand chronologies of French painting and sculpture, in the Richelieu wing. For a complete change of scene, descend to the Medieval Louvre section on the lower ground floor of Sully where you’ll find the dramatic stump of Philippe-Auguste’s keep and vestiges of Charles V’s medieval palace walls.

The Antiquities galleries cover the sculptures, stone-carved writings, pottery and other relics of the ancient Near East, including the Mesopotamian, Sumerian, Babylonian, Assyrian and Phoenician civilizations, plus the art of ancient Persia. The highlight of this section is the boldly sculpted stonework, much of it in relief. Watch out for the statues and busts depicting the young Sumerian prince Gudea, and the black, 2m-high Code of Hammurabi, a hugely important find from the Mesopotamian civilization, dating from around 1800 BC.

Egyptian Antiquities contains jewellery, domestic objects, sandals, sarcophagi and dozens of examples of the delicate naturalism of Egyptian decorative technique, such as the wall tiles depicting a piebald calf galloping through fields of papyrus, and a duck taking off from a marsh. Among the major exhibits are the Great Sphinx, carved from a single block of pink granite, the polychrome Seated Scribe statue, the striking, life-size wooden statue of Chancellor Nakhti, a bust of Amenophis IV and a low-relief sculpture of Sethi I and the goddess Hathor.

The collection of Greek and Roman Antiquities, mostly statues, is one of the finest in the world. The biggest crowd-pullers in the museum, after the Mona Lisa, are here: the Winged Victory of Samothrace, at the top of Denon’s great staircase, and the Venus de Milo. Venus is surrounded by hordes of antecedent Aphrodites, from the graceful marble head known as the “Kaufmann Head” and the delightful Venus of Arles to the strange Dame d’Auxerre. In the Roman section a sterner style takes over, but there are some very attractive mosaics from Asia Minor and vivid frescoes from Pompeii and Herculaneum.

In 2012 an entirely new section of the museum, the department of Islamic arts, was opened in the restored Cour Visconti. More than 2500 objects, many never before displayed, have been gathered here from the Louvre’s own collections and the Musée des Arts Décoratifs. Under a stunning rippling glass-and-gold roof, evoking a silk headscarf or undulating sand dunes, you can admire early Islamic inscriptions, intricate Moorish ivories, ninth-century Iraqi moulded glass and exquisite miniature paintings from the court of Mughal India.

The French Sculpture section is arranged on the lowest two levels of the Richelieu wing, with the more monumental pieces housed in two grand, glass-roofed courtyards: the four triumphal Marly Horses grace the Cour Marly, while Cour Puget has Puget’s dynamic Milon de Crotone as its centrepiece. The surrounding rooms trace the development of sculpture in France from painful Romanesque Crucifixions to the lofty public works of David d’Angers. The startlingly realistic Gothic pieces – notably the Burgundian Tomb of Philippe Pot, complete with hooded mourners – and the experimental Mannerist works are particularly rewarding, but towards the end of the course you may find yourself crying out for an end to all those gracefully perfect nudes and grandiose busts. You’ll have to leave the Louvre for Rodin, but an alternative antidote lies in the intense Italian and northern European sections, on the lower two floors of Denon, where you’ll find such bold masterpieces as two of Michelangelo’s writhing Slaves, Duccio’s virtuoso Virgin and Child Surrounded by Angels, and some severely Gothic Virgins from Flanders and Germany.

The vast Objets d’Art section, on the first floor of the Richelieu wing, presents the finest tapestries, ceramics, jewellery and furniture commissioned by France’s wealthiest and most influential patrons. Walking through the entire 81-room chronology affords a powerful sense of the evolution of aesthetic taste at its most refined and opulent. The exception is the Middle Ages section, which is of a decidedly pious nature, while the apotheosis of the whole experience comes towards the end, as the circuit passes through the breathtakingly plush apartments of Napoléon III’s Minister of State.

The largest section by far is Painting. A good place to start a tour of French painting is in the Sully wing with the master of French classicism, Poussin, whose profound, mythological themes influenced artists such as Lorrain, Le Brun and Rigaud. After this grandly classical suite of rooms, the more intimate paintings of Watteau come as a relief, followed by Chardin’s intense still lifes and the inspired Rococo sketches by Fragonard known as the Figures of Fantasy. From the southern wing of Sully to the end of this section, the chilly wind of Neoclassicism blows through the paintings of Gros, Gérard, Prud’hon, David and Ingres, contrasting with the more sentimental style that begins with Greuze and continues into the Romanticism of Géricault and Delacroix. The final set of rooms takes in Millet, Corot and the Barbizon school of painting, prefiguring the Impressionists.

The nineteenth century is most dramatically represented in the second area of the Louvre devoted to painting, on the first floor of the Denon wing. A pair of giant rooms is dedicated to Nationalism and Romanticism, respectively, featuring some of France’s best-known works including such gigantic, epic canvases as David’s Coronation of Napoleon in Notre Dame, Géricault’s The Raft of the Medusa, and Delacroix’s Liberty Leading the People, the icon of nineteenth-century revolution.

Denon also houses the frankly staggering Italian collection. The high-ceilinged Salon Carré – which has been used to exhibit paintings since the first “salon” of the Royal Academy in 1725 – displays the so-called Primitives, with works by Uccello, Giotto, Cimabue and Fra Angelico. To the west of the Salon, the famous Grande Galerie stretches into the distance, parading all the great names of the Italian Renaissance – Mantegna, Filippo Lippi, Leonardo da Vinci, Raphael, Correggio, Titian. The playfully troubled Mannerists kick in about halfway along, but the second half of the Galerie dwindles in quality and representativeness as it moves towards the eighteenth century. Leonardo’s Mona Lisa, along with Paolo Veronese’s huge Marriage at Cana, hangs in the Salle des États, a room halfway along the Galerie. If you want to catch La Joconde – as she’s known to the French – without a swarm of admirers, go first or last thing in the day. At the far end of Denon, the relatively small but worthwhile Spanish collection has some notable Goya portraits.

The western end of Richelieu’s second floor is given over to a more selective collection of German, Flemish and Dutch paintings, with a brilliant set of works by Rubens and no fewer than twelve Rembrandts, including some powerful self-portraits. Interspersed throughout the painting section are rooms dedicated to the Louvre’s impressive collection of prints and drawings, exhibited in rotation. 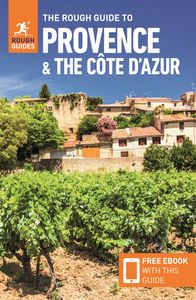