The stretch of Paris in the shadow of the Eiffel Tower

is so sweepingly grand that it can take the fun out of exploration: the avenues are just too long, the pavements somehow too hard and the buildings too forbiddingly formal. Most visitors drop in by métro (or sail in by Batobus) to climb the Tower and perhaps call in at one of the quarter’s fine museums, in the Trocadéro, a hop away on the north bank. The area at the Eiffel Tower’s feet, to the east, is the septième (7e) arrondissement, and is mostly dominated by monumental military and government buildings.

It’s hard to believe that the Eiffel Tower, the quintessential symbol both of Paris and of the brilliance of industrial engineering, was designed to be a temporary structure for a fair. Late nineteenth-century Europe had a decadent taste for such giant-scale, colonialist-capitalist extravaganzas, but the 1889 Exposition was particularly ambitious, and when completed the tower, at 300m, was the tallest building in the world. Reactions were violent. Outraged critics protested “in the name of menaced French art and history” against this “useless and monstrous” tower. “Is Paris”, they asked, “going to be associated with the grotesque, mercantile imaginings of a constructor of machines?”

Curiously, Paris’s most famous landmark was only saved from demolition by the sudden need for “wireless telegraphy” aerials in the first decade of the twentieth century. The tower’s role in telecommunications – its only function apart from tourism – has become increasingly important, and the original crown is now masked by an efflorescence of antennae. After dark, the tower is particularly spectacular, an urban lighthouse illuminated by a double searchlight and, for the first ten minutes of every hour, by thousands of effervescent lights that fizz across its grid lines.

Though you may have to wait a while for the lifts, it’s arguable that you simply haven’t seen Paris until you’ve seen it from the top. While the views are almost better from the second level, especially on hazier days, there’s something irresistible about going all the way to the top, and looking down over the surreally microscopic city below. Many visitors overlook the first level, but it was recently renovated and made more inviting, with part of the floor being replaced with glass, affording dizzying views of the ground (and long queues) below. In summer (mid-June to Sept) it turns into a sun terrace, complete with sunloungers.

The Musée Rodin, arguably Paris’s loveliest museum, occupies a beautiful eighteenth-century mansion that the sculptor leased from the state in return for the gift of all his work at his death. Today, major projects like The Burghers of Calais, The Thinker, The Gates of Hell and Ugolino are exhibited in the extensive and peaceful gardens – the last of these forming the centrepiece of the ornamental pond. Indoors, the mould-breaking, stormy vigour of the sculptures sits beautifully with the time-worn elegance of the wooden panelling. Well-loved works like the touchingly erotic The Kiss and The Hand of God get most of the attention, but you can explore quieter rooms full of tortured clay figures that still bear the imprint of the artist’s hands. Don’t miss the room dedicated to Camille Claudel, Rodin’s ill-starred pupil, muse and lover.

On the Trocadéro heights of the north bank of the river, facing the Eiffel Tower, stand the brutally resplendent Palais de Tokyo and Palais de Chaillot. They house some of the city’s best art museums: the Site de Création Contemporaine, the Musée d’Art Moderne de la Ville de Paris and the Cité de l’Architecture.

The western wing of the Palais de Tokyo is occupied by the Site de Création Contemporaine, a huge cutting-edge gallery whose semi-derelict interior focuses exclusively on contemporary and avant-garde art. Prominence is given to French artists, but many international artists are also represented, ranging from the well-established, such as Julio Le Parc, to emerging young artists such as Melanie Matranga. 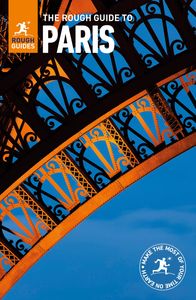