The region around the capital – the Île de France – and the borders of the neighbouring provinces are studded with châteaux. Many were royal or noble hunting retreats, while some – like Versailles – were for more serious state show. Vaux-le-Vicomte has perhaps the most harmonious architecture, Chantilly the finest art collection and Fontainebleau the most gorgeous interiors. Two of the world’s greatest cathedrals also lie within easy reach of Paris: in the otherwise gritty suburb of St-Denis the Gothic style was born; at Chartres, it reached its exquisite pinnacle. The most popular attraction by far, however, is Disneyland Paris, out beyond the satellite town of Marne-la-Vallée.

Some 20km southwest of Paris lies Louis XIV’s extraordinary Château de Versailles. With 700 rooms, 67 staircases and 352 fireplaces alone, Versailles is, without doubt, the apotheosis of French regal indulgence. While it’s possible to see the whole complex in one day, it’s undeniably tiring. The best plan to avoid the worst of the crowds is to head in the morning through the glorious gardens (free), with their perfectly symmetrical lawns, grand vistas, statuary, fountains and pools, to Marie Antoinette’s estate, leaving the main palace to the tour buses. You can then work your way backwards, leaving the palace, and in particular the Hall of Mirrors, till as late as possible.

Consumed with envy of his finance minister’s château at Vaux-le-Vicomte, the young Louis XIV recruited the same design team – architect Le Vau, painter Le Brun and gardener Le Nôtre – to create a palace a hundred times bigger. Construction began in 1664 and lasted virtually until Louis XIV’s death in 1715. Second only to God, and the head of an immensely powerful state, Louis was an institution rather than a private individual. His risings and sittings, comings and goings, were minutely regulated and rigidly encased in ceremony, attendance at which was an honour much sought after by courtiers. Versailles was the headquarters of every arm of the state, and the entire court of around 3500 nobles lived in the palace (in a state of squalor, according to contemporaneous accounts).

Following the king’s death, the château was abandoned for a few years before being reoccupied by Louis XV in 1722. It remained a residence of the royal family until the Revolution of 1789, when the furniture was sold and the pictures dispatched to the Louvre. Thereafter Versailles fell into ruin until Louis-Philippe established his giant museum of French Glory here – it still exists, though most is mothballed. In 1871, during the Paris Commune, the château became the seat of the nationalist government, and the French parliament continued to meet in Louis XV’s opera building until 1879.

The rooms you can visit without a guide are known as the Grands Appartements, , used for the king’s official business. A procession of gilded drawing rooms leads to the dazzling Galerie des Glaces (Hall of Mirrors), where the Treaty of Versailles was signed after World War I. More fabulously rich rooms, this time belonging to the queen’s apartments, line the northern wing, beginning with the queen’s bedchamber, which has been restored exactly as it was in its last refit, of 1787, with hardly a surface unadorned with gold leaf.

The park and gardens

You could spend the whole day just exploring the gardens at Versailles. Beyond the great Water Parterres designed by André Le Nôtre, geometrically planned walks and gardens stretch out on all sides. The outer limits of the estate are known as the park, and are made up of woods and fields grazed by sheep; the northernmost area is part of the Domaine de Marie-Antoinette (see below), visitable on a separate ticket.

Hidden away in the northern reaches of the gardens is the Domaine de Marie-Antoinette, the young queen’s country retreat, where she found relief from the stifling etiquette of the court. Here she commissioned some dozen or so buildings, sparing no expense and imposing her own style and tastes throughout (and gaining herself a reputation for extravagance that did her no favours).

The centrepiece of the Domaine de Marie-Antoinette is the elegant Neoclassical Petit Trianon palace, built by Gabriel in the 1760s for Louis XV’s mistress, Mme de Pompadour, and given to Marie-Antoinette by her husband Louis XVI as a wedding gift. The interior boasts an intriguing cabinet des glaces montantes, a pale-blue salon fitted with sliding mirrors that could be moved to conceal the windows, creating a more intimate space.

Also included in the ticket for the Domaine is the Italianate Grand Trianon palace, which was designed by Hardouin-Mansart in 1687 as a country retreat for Louis XIV and refurbished in Empire style by Napoleon, who stayed here intermittently between 1805 and 1813.

West of the Petit Trianon, in the formal Jardin à la française, is the Petit Théâtre where Marie-Antoinette would regularly perform, often as a maid or shepherdess, before the king and members of her inner circle. To the east lies the bucolic Jardin anglais, impossibly picturesque with its little winding stream, grassy banks, classical temple and grotto, and the enchanting, if bizarre, Hameau de la Reine, a play village and farm where the queen indulged her fashionable Rousseau-inspired fantasy of returning to the “natural” life.

Children will love Disneyland Paris – and most adults too, for all the rampant commercialism. If you’re not staying in one of the resort hotels, in Disney Village, it’s easy to visit in a day-trip from the capital, 25km away. There are two main areas: Disneyland Park, which has most of the really big rides, and Walt Disney Studios Park, which offers more technological rides based on animation – though there are plenty of thrill rides too.

Disneyland Park has a variety of good thrill rides, though the majority of attractions remain relatively sedate. The Magic Kingdom is divided into four “lands” radiating out from Main Street USA. Fantasyland appeals to the tinies, with “It’s a Small World”, Sleeping Beauty’s Castle, Peter Pan’s Flight and Dumbo the Flying Elephant among its attractions. Adventureland has the most outlandish sets and two of the best rides – Pirates of the Caribbean and Indiana Jones and the Temple of Peril. Frontierland, loosely set in the Wild West, features the hair-raising roller coaster Big Thunder Mountain, modelled on a runaway mine train, and the gothic Phantom Manor. In Discoveryland there’s the terrifyingly fast Space Mountain Mission 2 roller coaster. The grand parade of floats representing all your favourite characters sallies down Main Street USA at about 7pm every day, with smaller events, special shows and firework displays occurring regularly.

The Walt Disney Studios Park largely focuses on what Disney was and is still renowned for – animation. You can try your hand at drawing, be part of the audience in a mocked-up film or TV set, and enjoy special effects and stunt shows. This is also where you’ll find the park’s newest attraction, the Ratatouille ride, where you’re “shrunk” to the size of a rat and taken on a frantic 3D chase through a kitchen, plus three other thrilling rides: the corkscrew-looping, heavy metal-playing white-knuckler of the Rock ‘n’ Roller Coaster Starring Aerosmith, the plummeting elevator of the Twilight Zone Tower of Terror and the swirling, “undersea” exhilarations of Crush’s Coaster.

Disney’s seven themed, heavily designed hotels are a mixed bag, and only worth staying in as part of a multi-day package booked through an agent, or through Disneyland.

For a snack, there are lots of places with outside tables on rue Cloître-Notre-Dame, opposite the south side of the cathedral.

The ramblingly magnificent Fontainebleau Château owes its existence to the surrounding forest, which made it the perfect base for royal hunting expeditions. A lodge was built here as early as the twelfth century, but it only began its transformation into a luxurious palace during the 1500s on the initiative of François I, who imported a colony of Italian artists – most notably Rosso Fiorentino and Niccolò dell’Abate – to carry out the decoration. The palace’s highlights, however, are the sumptuous interiors worked by the Italians, chiefly the celebrated Galerie François I, which are resplendent in gilt, carved, inlaid and polished wood, and adorned by intricate stucco work and painted panels covered in vibrant Mannerist brushwork. The paintings’ classical themes all celebrate or advocate wise kingship, and had a seminal influence on the development of French aristocratic art and design.

Utterly contrasting in style to the rest of the château are the sober but elegant Petits Appartements, the private rooms of Napoleon, his wife and their intimate entourage. You have to buy a separate ticket to join the (obligatory) guided tour, but a tour of the Musée Napoléon – which displays a wide variety of personal and official souvenirs – is included in the main château ticket.

The gardens are equally splendid, but if you want to escape to the relative wilds, note that the surrounding forest of Fontainebleau is full of walking and cycling trails, all marked on the Michelin map Environs de Paris.

We saw so much of a part of Paris we probably would not have visited and thoroughly enjoyed. As promised, our agent keyed the tour around the many movies f ... 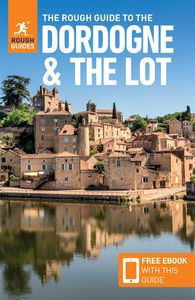