Culture and Etiquette in Cyprus

While Greek Cypriot and Turkish Cypriot communities shared a long history up to 1974, they are divided by culture, language and above all religion. Since 1974 and the de facto division of the island, these differences have become more entrenched, with both sides embittered by the island’s history between the 1950s and 1970s, and more generally with the south looking back to the heritage of the ancient Greeks and the north to that of Turkey and the Ottoman Empire. Politics aside, a few generalizations can be made about the culture and etiquette that you’ll experience across the island.

After its accession to the EU, Cypriot standards of living in the south shot up. At the same time, north Cyprus had the air of a land left behind, compounded after the turn of the millennium by economic problems imported from mainland Turkey. Since the 2008 crash, as in much of the Western world, attitudes in the south to the future have become distinctly gloomy, with a pessimism boosted by dire economic forecasts, lack of progress on the “Cyprus Problem” and the disastrous 2011 Evangelos Florakis Naval Base explosion. However, the Cypriots are nothing if not resilient, and a more optimistic outlook has been noticeable in the last few years.

Cypriot society revolves around family life, and it is still common for families to eat together, either at home or in a restaurant, especially on Sundays. It is quite common, at the beach or at picnic areas, to see several cars disgorge extended families, including the elderly, teenagers and children, who proceed to set up barbecues, play music on portable sound systems, and settle in for the day.

There is widespread respect for the elderly, consideration for pregnant women, and indulgence towards children. Pregnant women are particularly well looked after (partly because of an old wives’ tale that if they don’t get what they fancy to eat, the child will be birth-marked in an accordingly). When Cypriots ask about your children or grandchildren, they’re not just being polite, they really want to know, so tell them, and ask back.

Although things are changing in the towns, attitudes towards gender in rural villages can still seem relatively unenlightened, with women taking the traditional home-making, child-rearing role and men going to work or sitting in the kafenío, drinking coffee, reading the papers or playing tavli.

It is quite common for Cypriots who have only just met strangers to invite them into their homes for a drink (always accompanied by a little something to eat) or even for a full meal. Sometimes this hospitality and genuine interest in others can seem a trifle intrusive to outsiders – expect to be cross-examined about your family relationships, your profession, even the details of your income. Cypriots are also lively conversationalists. What may to an outsider sound like a furious argument might well be a perfectly amicable conversation.

Despite the tribulations of the fight for independence in the 1950s and the perceived involvement of the UK and the US in the events of 1974, Cypriots seem to bear no ill-will towards British or American visitors. Many seem to have a high regard for them and have close friends or family in the UK and the US. However, the 1974 invasion and the whole gamut of problems it has caused are best avoided as a topic of conversation unless raised by Cypriots themselves.

Though young people in Cyprus party as hard as those of any other country, older Cypriots still tend to be socially conservative. Topless sunbathing is frowned upon in any but designated naturist areas, and you are expected to cover up when you come off the beach.

In the south, the Greek Orthodox Church, its buildings and its clergy, are widely revered, and the church in general and local priests in particular wield considerable political and social clout. Church attendance is high, and Sunday visits to churches and monasteries are a popular day out. In the north, although the population is Muslim, the level of observance is not high – you’ll rarely hear a call to prayer, the Western Saturday/Sunday weekend is followed rather than the more usual Friday/Saturday, and there are no problems in getting hold of alcohol.

Dress codes in churches, monasteries and mosques are strictly enforced – long trousers and no bare chests for men, covered legs and shoulders for women (and also in mosques, covered heads for women and shoes off for all).

Attitudes to gay people can display prejudice. Gay clubs do exist in large towns such as Lefkosia, Larnaka, Agia Napa, Lemesos and Pafos, and these are tolerated, but openly gay public behaviour might attract disapproving frowns and the clicking of tongues.

Racial stereotyping and racist behaviour, except between Greeks and Turks, have not until recently been a problem, though the huge influx of outsiders, particularly non-EU workers who tend to do unskilled domestic and agricultural labour, has led to anti-immigration rhetoric from far-right groups and isolated outbreaks of violence. 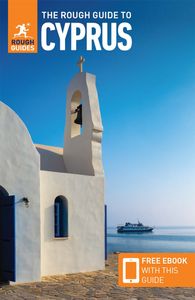