A somewhat anonymous region, Hebei has two great cities at its heart – Beijing and Tianjin – both of which long ago outgrew the province and struck out on their own as separate municipalities. In the south, a landscape of flatlands is spotted with heavy industry and mining towns – China at its least glamorous – which are home to the majority of the province’s seventy million inhabitants. The sparsely populated tableland to the north, rising from the Bohai Gulf, holds more promise. For most of its history this marked China’s northern frontier, and was the setting for numerous battles with invading forces; both the Mongols and the Manchus swept through, leaving their mark in the form of the Great Wall, winding across lonely ridges. The first sections of the wall were built in the fourth century AD, along the Hebei–Shanxi border, in an effort to fortify its borders against aggressive neighbours.

Two centuries later, Qin Shi Huang’s Wall of Ten Thousand Li – better known as the Great Wall – skirted the northern borders of the province. The parts of this barrier visible today, however, are the remains of the much younger and more extensive Ming-dynasty structure, begun in the fourteenth century as a deterrent against the Mongols. You can see the wall where it meets the sea at Shanhaiguan, a fortress town only a few hours by train from Beijing. If you’re in the area, don’t miss the intriguing seaside resort of Beidaihe, along the coast to the south, whose beaches host summer vacationers and dwindling numbers of Communist Party elite. Well north of the wall, the town of Chengde is the province’s most visited attraction, an imperial base set amid the wild terrain of the Hachin Mongols and conceived on a grand scale by the eighteenth-century emperor Kangxi, with temples and monuments to match. All three towns are popular spots with domestic tourists, particularly Beijingers snatching a weekend away from the capital’s bustle and stress. The Chinese like their holiday spots the way they like their restaurants – renao (literally “hot and noisy”) – but it’s easy to beat the crowds and find some great scenery.

Tianjin, an industrial giant and former concession town with a distinctly Western stamp, is worth a day-trip on the super-fast express train from Beijing to see its hodgepodge of colonial architecture and modern skyscrapers, or to hunt for “antiques” in its fascinating market area.

On the Bohai Gulf, 300km east of Beijing, lies the rather bizarre seaside resort of Beidaihe. The coastline, reminiscent of the Mediterranean – rocky, sparsely vegetated, erratically punctuated by beaches – was originally patronized a hundred years ago by European diplomats, missionaries and businessmen, who can only have chosen it out of homesickness. They built villas and bungalows here, and reclined on verandas sipping cocktails after indulging in the new bathing fad. Most of Beidaihe’s visitors nowadays are ordinary, fun-loving tourists, usually relatively well-heeled Beijingers; in high season (May–Aug), when the temperature hovers around the mid-20s Celsius and the water is warm, it’s a fun place to spend the day.

Only 25km or so to the northeast, historic attractions at Shanhaiguan have year-round appeal, and include some fine sturdy fortifications within the town and remnants of the Great Wall outside. With little nightlife and frustratingly little accommodation at present, however, Shanhaiguan is perhaps best visited on a day-trip.

China doesn’t really do beach culture, especially up north, but they’re learning fast in little BEIDAIHE. In fact, it wasn’t so long ago that there were strict rules enforced here: West Beach was reserved for foreigners after they were granted access in 1979, with guards posted to chase off Chinese voyeurs interested in glimpsing their daringly bourgeois swimming costumes; for visiting Chinese, dark swimsuits were compulsory to avoid the illusion of nudity. These days things have changed and skimpy bikinis are now de rigueur on the town’s three main beaches (and local girls are slowly learning that high heels and sand do not mix), while the streets by the shore are as gaudy and kitschy as any busy seaside resort. Away from the sea, up the hill, the tree-lined streets are much quieter, and the majority of the town seems to consist of nondescript compounds hosting guesthouses, villas and sanatoriums, some open to paying guests and others set aside for the Party, PLA or state-run companies who reward favoured members with trips to the seaside.

Note that much of Beidaihe shuts down during colder months; the streets along the seafront are at their liveliest from May to August.

The Great Wall beyond Shanhaiguan

Walk around Shanhaiguan’s old town, and you’ll be pestered continuously for rides to a series of nearby sights. It’s well worth heading to a couple, especially the (reconstructed) sections of Great Wall to the north and south – the latter is where the wall finally runs into the sea, while the former marks its first steep rise into the mountains. Intrepid hikers could try and make it to Yansai Lake (燕塞湖, yànsài hú), up in the mountains directly north of Shanhaiguan, or to Longevity Mountain (长寿山, chángshòu shān), a hill of rugged stones east of the lake, where many of the rocks have been carved with the character shou (longevity). There’s also a mountain pool here, a good place for a quiet swim.

A town at the northern tip of the Bohai Gulf, SHANHAIGUAN – “the Pass Between the Mountains and the Sea” – was originally built during the Ming dynasty as a fortress to defend the eastern end of the Great Wall. The wall crosses the Yanshan mountains to the north, forms the east wall of the town and meets the sea a few kilometres to the south. Far from being a solitary castle, Shanhaiguan originally formed the centre of a network of defences: smaller forts, now nothing but ruins, existed to the north, south and east, and beacon towers were dotted around the mountains. The town’s obvious tourist potential is now being tapped, and extensive demolition and reconstruction continues within the city walls as the tide of tourist buses visiting the town grows ever larger. It’s obvious that not much money has made its way into the town outside the battlements, and aside from the reconstructed streets (now given over to tourist shops and restaurants) the hutongs of the old town are squalid and crumbling. That said, Shanhaiguan is still arranged along its original plan of straight boulevards following the points of a compass, intersected with a web of alleys, and the odd courtyarded gem makes Shanhaiguan a good place to explore on foot, as well as an excellent base for visiting the Great Wall sites of Lao Long Tou and Jiao Shan.

Relatively quiet and small for a Chinese city, unassuming CHENGDE boasts a highly colourful history; though the town itself is bland, on its fringes lie some of the most magnificent examples of imperial architecture in China, remnants from its glory days as the summer retreat of the Manchu emperors. In recent years Chengde has once more become a summer haven, justly popular with weekending Beijingers escaping the capital. Gorgeous temples punctuate the cabbage fields around town, and a palace-and-park hill complex, Bishu Shanzhuang, covers an area to the north nearly as large as Chengde itself. Farther north and to the east, on the other side of the river, stands a further series of imposing temples.

The majority of Chengde’s one-million-strong population live in a semi-rural suburban sprawl to the south of the centre, leaving the city itself fairly small-scale – the new high-rises on its traffic-clogged main artery, Nanyingzi Dajie, are yet to obscure the view of distant mountains and fields.

The third-largest city in China after the capital and Shanghai, dynamic TIANJIN is largely ignored by Western travellers – even those who enter or exit China via the nearby port of Tanggu. One reason is that Beijing, an infinitely more interesting city, is so close – just 130km to the northwest, a mere thirty minutes away by high-speed train. However, such proximity brings it within easy day-trip range of the capital; though the city has few actual sights, with a little time on your hands there certainly is merit to a Tianjin visit. Partly as a result of the wealth pouring in from the sea, it’s actually richer than Beijing in terms of per capita GDP, and mushrooming flocks of brand-new skyscrapers bear testament to this fact. Thanks again to its maritime connections, Tianjin is also a place of substantial historical interest; its streetscapes – ageing nineteenth- and early twentieth-century foreign architecture, mostly European – are its most engrossing attractions.

Locals say, not altogether with pride, that the city has become a massive construction site, requiring a new map to be printed every three months. Though wide swaths of the city are being redeveloped, much of the colonial architecture has been placed under protection, though not from overzealous renovation – look for the distinctive plaques on the relevant buildings. Feng Jicai, one of China’s best-known writers and a Tianjin resident, led a campaign to preserve the old city, noting that, “if you regard a city as having a spirit, you will respect it, safeguard it, and cherish it. If you regard it as only matter, you will use it excessively, transform it at will, and damage it without regret.” Contemporary Tianjin is an illustration of the latter, an unwieldy fusion of Beijing’s bustle and Shanghai’s Bund, though delivered without the character of either.

The area northwest of the main train station, on the west side of the Hai River, was Tianjin’s old city, strictly demarcated into national zones, and each section today retains a hint of its old flavour. Running from west to east along the north bank of the river were the Austrian, Italian, Russian and Belgian concessions, though most of the old buildings here have been destroyed. Unmistakeable are the chateaux of the French concession, which now make up the downtown district just south of the river, and the haughty mansions the British built east of here. Farther east, also south of the river, the architecture of an otherwise unremarkable district has a sprinkling of stern German constructions. 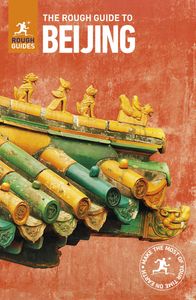