A traditional saying describes Guizhou as a land where there are “no three days without rain, no three fields without a mountain, and no three coins in any pocket”. This is sadly accurate: Guizhou records the highest rainfall in China and has a poverty ensured by more than eighty percent of its land being covered in untillable mountains or leached limestone soils.

Still, ethnic identity and romantic landscapes have become marketable commodities in China, and Guizhou is beginning to capitalize on its two major assets. The province’s most visible minority groups are the many branches of Miao, concentrated in the southeast around Kaili; and the Bouyei, who are based around the provincial capital, Guiyang, and the westerly town of Anshun. The Miao in particular indulge in a huge number of festivals, some of which attract tens of thousands of participants and are worth any effort to experience. As for scenery, there are spectacular limestone caverns at Longgong and Zhijin, both accessed from Anshun; impressive waterfalls at Huangguoshu – again near Anshun; and everywhere terraced hills, dotted with small villages. Naturalists will want to clock up rare black-necked cranes, which winter along the northwestern border with Yunnan at Caohai Lake; and at least have a stab at seeing the reclusive golden monkey, which lives in the cloud forests atop Guizhou’s single holy mountain, northeasterly Fanjing Shan.

While Guizhou’s often shambolic towns are definitely not a high point of a trip to the region, the one place worth a visit in its own right is Zhenyuan, over on the eastern side of the province, which features some antique buildings and temples squeezed along a beautiful stretch of river.

The limestone countryside around Anshun is homeland to China’s 2.5 million Bouyei, whose villages are built of split stone and roofed in large, irregularly laid slate tiles. Bouyei specialities include blue-and-white batik work and ground opera (地戏, dìxì) in which performers wear brightly painted wooden masks; though native to the region and overlaid with animistic rituals, the current forms are said to have been imported along with Han troops in the Ming dynasty, and are based on Chinese tales such as The Three Kingdoms. The Spring Festival period is a good time to see a performance, held in many villages around Anshun, including Shitou Zhai and Tianlong.

At the lakeshore you’ll be approached by touts wanting to take you out on a boat trip to find the birds; prices are posted, so don’t pay more. Chinese tourists head first for a meal at the hamlet of Longjia (龙家, lóngjiā) on the far shore, famed for its food. On a sunny day, Caohai’s overall tranquillity is a complete break with daily life in China; wintering cranes often hang out in the shallows near the shore and are not too hard to catch on camera. Be sure to bring your boots as it gets quite muddy.

The huge, partially flooded cavern complex comprising Longgong Caves lies 28km from Anshun’s west bus station; you could be dropped at either entrance, which are about 5km apart. From the nearer, western gate, you begin by being ferried down a river between willows and bamboo to a small knot of houses; walk through the arch, bear left, and it’s 250m up some steps to Guanyin Dong (观音洞, guānyīn dòng), a broad cave filled with Buddhist statues. A seemingly minor path continues around the entrance but this is the one you want: it leads through a short cavern lit by coloured lights, then out around a hillside to Jiujiu Tun – site of an old guard post – and Yulong Dong (玉龙洞, yùlóng dòng), a large and spectacular cave system through which a guide will lead you (for free). Out the other side, a small river enters Long Gong (Dragon’s Palace) itself, a two-stage boat ride through tall, flooded caverns picked out with florid lighting, exiting the caves into a broad pool at Longgong’s eastern entrance.

The Miao – or Hmong, as they are better known outside of China – are spread through Guizhou, Yunnan, Sichuan, Vietnam, Laos and Burma. Forced off their lands by the Qing-dynasty government, rebels in Guizhou such as Zhang Xiumei took a lesson from the Taipings in adjacent Guangxi and seeded their own uprising in 1854, which was only put down in late 1873 after a huge slaughter involving whole towns being obliterated: out of a provincial population of seven million, over half died during the revolt.

Miao women are famous for their embroideries: girls traditionally spent years stitching their wedding jackets, though most are made by machine nowadays. Patterns are sometimes abstract, or incorporate plant designs, butterflies (the bringer of spring and indicating hoped-for change), dragons, fish – a China-wide good luck symbol – and buffalo motifs. Each region produces its own styles, such as the sequined, curly green and red patterns from the southerly Leishan district, Chong’an’s dark geometric work, and the bright, fiery lions of Shidong.

Many of the design themes recur in Miao silverwork, the most elaborate pieces again being made for wedding assemblages. Women appear at some festivals weighed down with coil necklaces, spiral earrings and huge headpieces, all of which are embossed or shaped into flowers, bells and beasts.

Miao villages around Kaili are best visited on market days or during one of the many annual festivals. Markets operate on a five-day cycle, with the busiest at Chong An and Shidong; most festivals take place in early spring, early summer or late autumn and attract thousands of people for buffalo fights, dances, performances of lusheng (a long-piped bamboo instrument) and horse or boat races. The biggest event of the year is the springtime Sisters’ Meal, the traditional time for girls to choose a partner: don’t miss it if you’re in the region. Just note that Chinese information sometimes confuses lunar and Gregorian dates – “9 February”, for instance, might mean “the ninth day of the second lunar month”.

If there’s nothing special going on, head south of Kaili to the picturesque villages of Langde Shang and Xijiang, though easy access means plenty of other visitors. Kaili’s CITS can suggest less touristic alternatives, where it’s possible to end up sharing lunch at a farmer’s home (usually sour fish or chicken hotpot) and being given impromptu festival performances by young women in their best silver and embroidered jackets – you’ll have to pay, of course, but it’s worth the price. Beware the hospitable Miao custom of encouraging guests to indulge in their very drinkable but potent sticky rice wine.

Most villages are connected by at least daily bus services from Kaili, and also make possible stopovers on the way out of the region. Return transport can leave quite early, however, so be prepared to stay the night or hitch back if you leave things too late. There are no banks in any of the villages.

About 100km from Anshun or 150km from Guiyang – there’s direct traffic from either – the dismal country town of ZHIJIN (织金, zhījīn) sits among some gorgeous limestone pinnacles, beneath which are the astounding Zhijin Caves, some 25km northeast. Minibuses from Zhijin to the caves leave you at the visitors’ centre where you have to hook up with one of the guided tours that run whenever they have ten people. The caves are immensely impressive and absolutely worth the money; tours with Chinese commentary last up to two hours and wind through untold numbers of caverns, the largest of which is 240m long, 170m wide and 60m high.

All of the guides were extremely knowledgeable, polite and pleasant to work with. they all handled the children well and made the trip a fun and interestin ... 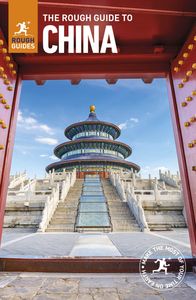