Fujian, on China’s southeastern coast, is well off the beaten track for most Western travellers, which is a pity because the province possesses not only a wild mountainous interior, but also a string of old ports, including Xiamen, probably China’s most relaxed coastal city.

Contacts between the coastal area and the outside world have been flourishing for centuries. In the Tang dynasty, the port of Quanzhou was considered on a par with Alexandria, and teemed with Middle Eastern traders, some of whose descendants still live in the area today. Fujian’s interior, however, remains largely unvisited, with the exception of the scenic Wuyi Shan area in the northwest of the province, and the Hakka regions around southwesterly Yongding.

Gulangyu Islet was Xiamen’s foreign concession until World War II, and remains more or less architecturally intact. The narrow tangle of lanes can be confusing, but the island’s size (it’s less than two square kilometres) means you can’t go very far wrong. A stroll through the streets will uncover plenty of attractions, especially along Fuzhou Lu (福州路, fúzhōu lù) and Guxin Lu (鼓新路, gŭxīn lù), overhung with flowers and blossom throughout the year. Crowds tend to gravitate to the main sights in the south of the island; on busy days you’ll find the northwest far quieter, with a surprising amount of lovely colonial buildings, along with three wooded hills and a small, near-deserted beach. Note that the only vehicles allowed on Gulangyu are battery-powered golf buggies.

QUANZHOU, a small, prosperous and sympathetically preserved town 150km southwest of Fuzhou on the coastal highway to Xiamen, was for centuries a great port. Sitting astride trade routes that reached southeast to Indonesian Maluku, and west to Africa and Europe, the city became uniquely cosmopolitan, with tens of thousands of Arabs and Persians settling here, some of them to make colossal fortunes – the Arabs of Quanzhou are also believed responsible for introducing to the West the Chinese inventions of the compass, gunpowder and printing.

The Song dynasty saw the peak of Quanzhou’s fortunes, when the old Silk Road through northwestern China into Central Asia was falling prey to banditry and war, deflecting trade seawards along the Maritime Silk Road. Marco Polo visited Quanzhou around this time; the Italian Andrew Perugia, Quanzhou’s third Catholic bishop, died here in 1332, having supervised the building of a cathedral; and fourteen years later the great Moroccan traveller Ibn Battuta saw the port bustling with large junks. But by the Qing era, the city was suffering from overcrowding and a decaying harbour, and an enormous exodus began, with people seeking new homes across Southeast Asia.

About 60km east of Quanzhou, Chongwu (崇武古城, chóngwŭ gŭchéng) is an old walled city built entirely of stone, now nicely restored as a huge museum piece. The adjacent new town has one of southern China’s largest fishing fleets, with just about every man employed in this industry – the women work in local stone quarries, carting huge rocks around on carrypoles and wearing characteristic blue jackets and wide-brimmed straw hats.

Slightly closer to the southeast is the town of Shishi (石狮, shíshī), from where you can pick up a ride for the 5km to the beautiful Sisters-in-law Tower (姑嫂塔, gūsăo tă), another Song-dynasty monument, overlooking the coast. Finally, 30km south, just off the expressway to Xiamen and outside the town of Anhai, the spectacular 2km-long, 800-year-old Anping Bridge (安平桥, ānpíng qiáo) actually crosses a section of sea

Fujian’s hilly southwestern border with Guangdong is an area central to the Hakka, a Han subgroup known to locals as kejia (客家, kèjiā; guest families) and to nineteenth- century Europeans as “China’s gypsies”. Originating in the Yangzi basin during the third century and dislodged ever southward by war and revolution, the Hakka today form large communities in Guangdong, Fujian and Southeast Asia. They managed to retain their original languages and customs by remaining aloof from their neighbours in the lands in which they settled, a habit that caused resentment and led to their homes being well defended. Traditional villages and hamlets sport fortress-like mansions (tulou, literally “mud building”), of which there are more than thirty thousand spread across the countryside. The largest are four or five storeys high, circular, and house entire clans.

Entry to the area is at YONGDING (永定, yǒngdìng), a heavily built-up city around 120km west and inland from Xiamen, from where local transport heads out to the sights.

Away in Fujian’s northeast, 370km from Fuzhou and close to the Jiangxi border, the sixty-square-kilometre Wuyi Shan Scenic Area contains some of the most impressive scenery in southern China. It’s about the only part of inland Fujian regularly visted by tourists, and consists of two principal parts: the Jiuqu River, which meanders at the feet of the mountains; and the Thirty-Six Peaks, which rise up from the river, mostly to its north. The river runs its crooked course for some 8km eastwards between Xingcun village (腥村, xīng cūn), and the main village in the area, Wuyigong. The scenery is classic Chinese scroll-painting material and the park, dotted with small, attractive villages, can be a tremendous place to relax for a few days, offering clean mountain air and leisurely walks through a landscape of lush green vegetation, deep red sandstone mountains, soaring cliff faces, rock pools, waterfalls and caves. Despite the remoteness, Wuyi is surprisingly full of tourists – especially Taiwanese – in high summer, so a visit off-season might be preferable, when you’ll also see the mountaintops cloaked with snow.

The traditional way to appreciate Wuyi Shan is to take a two-hour bamboo-raft trip along the Jiuqu River (¥100). At busy times the river becomes a noisy bamboo conveyor belt, but there’s stupendous gorge scenery all the way from the first crook in the meandering river right up to the ninth, and it’s well worth the ticket. Watch out for the odd, boat-shaped coffins in caves above the fourth crook, which are are said to be four thousand years old.

During the busy summer months or at weekends and holidays, it’s essential to book tickets in advance at the tourist ticket office in Wuyi Shan. Rafts leave year-round (daily 6.40am–4.30pm) from the small village of Xingcun, accessible on public bus #6 from Wuyishan Shi and Wuyigong (daily 8am–9pm; every 15min; ¥2.5). The wharves themselves are in the hamlet of Jiuquxi (九曲溪, jiǔqū xī), down a side lane just off the main road 1km before town, so tell the bus driver when you get on and it’ll save you the trek from the station.

Joined to the mainland by a 5km-long causeway, XIAMEN, an island city formerly known to the West as Amoy, is more focused, clean and prosperous than the provincial capital, Fuzhou. It also offers more to see: the old streets and buildings, shopping arcades and a bustling seafront all contrast with the city centre’s twenty-first-century skyscrapers. A ten-minute ferry ride to the southwest of town, little Gulangyu island was once the preserve of colonial Europeans and Japanese, whose mansions still line the island’s traffic-free streets – staying here is highly recommended, though weekends and holidays sees the whole city overcrowded.

Several kiosks along the Xiamen waterfront and on Gulangyu itself sell tickets for boat trips offering circuits of Gulangyu (30min; ¥15) or, more adventurously, out towards neighbouring Jinmen island (1hr 40min; ¥136) – you don’t get too close, so bring binoculars for good views of Taiwan’s front line. 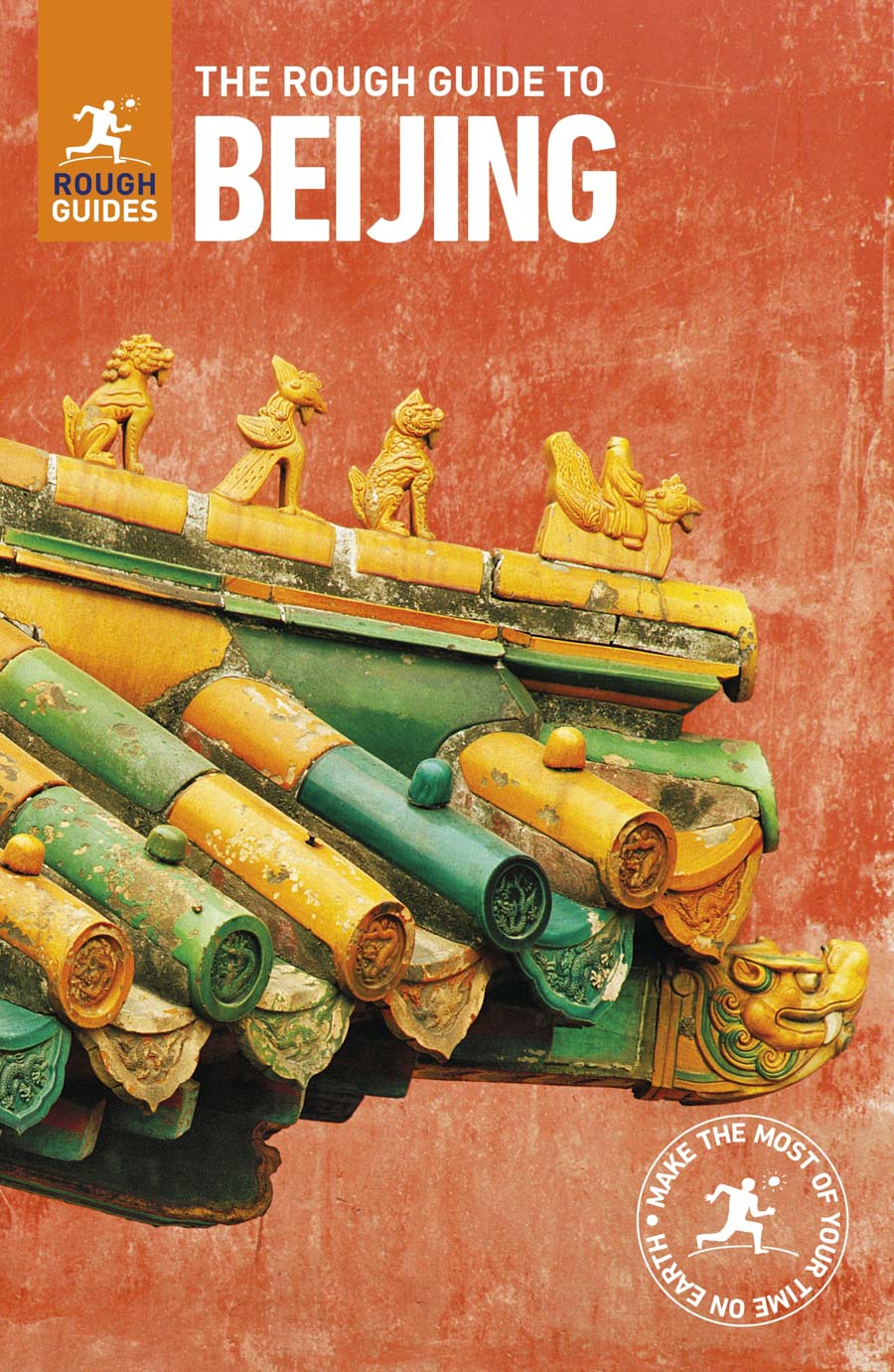