The province of Newfoundland and Labrador only joined Canada in 1949, a controversial move supported by just 52.3 percent of the population at the time. Even now, parts of Newfoundland seem like an entirely different country. The island’s remarkable family of dialects, in essence an eclectic mix of old Irish and English, developed because the outports – ancient fishing settlements that were home to the first Europeans – could only be reached by boat. Today almost all are connected to the skein of side roads that plugs into the Trans-Canada Highway, but most of the interior remains an untouched wonderland of snow-capped mountains, fish-filled rivers and mesmerizing fjords.

Newfoundland’s natural and historic charms are considerable, yet, astonishingly, the island rarely seems busy or crowded. Most visitors fly straight to St John’s, which provides the best introduction to island life, not least for its museums, enticing restaurants, bars and flourishing folk music scene. The city is also within easy striking distance of the whale-watching at Bay Bulls, the lighthouses of Cape Spear and the East Coast Trail, providing opportunities for everything from a short ramble to a full-scale expedition.

Newfoundland’s attractions don’t end on the Avalon Peninsula though. Tiny Trinity, on the Bonavista Peninsula, is perhaps the most beguiling of all the old outports, though Twillingate comes a close second and Fogo Island remains one of the most traditional. Gros Morne National Park, 700km west of St John’s, features wondrous mountains and glacier-gouged lakes, while another 350km north of the park, at L’Anse aux Meadows, lie the scant but evocative remains of an eleventh-century Norse colony, as well as a remarkable hotel in the old lighthouse on Quirpon island. The southern coast of Newfoundland chips in with the wild and windswept Burin Peninsula, which is a quick ferry ride from French-speaking St-Pierre et Miquelon, a tiny archipelago that is – as an imperial oddity – a département of France.

Labrador, though part of mainland Canada, has been tied to the island of Newfoundland since the 1760s, yet here too you’ll find a strong sense of identity, one that blends recent arrivals with ancient Inuit and Innu traditions. Iron ore mines and hydroelectric schemes drive the economy, but these industrial blemishes are mere pinpricks in the barely explored wilderness that defines this part of the province. Unimaginably vast, Labrador boasts some of Canada’s highest mountains, a jaw-dropping national park, a spectacular shoreline and a forested hinterland teeming with wildlife. A trip here is a true adventure.

A word about the moose: Newfoundland has thousands of them and they present a real danger to the motorist at dawn and dusk and to a lesser extent at night – so much so that many locals prefer not to drive at these times. The problem is that this large and powerful animal is drawn to vehicle headlights as if hypnotized and the results of a collision can be devastating for beast and human alike: on impact, cars typically knock the moose’s legs away, leaving the animal’s body to come barrelling through the windscreen. 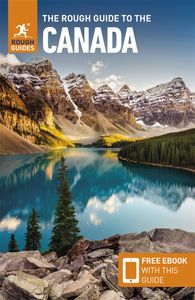