The BC Interior Travel Guide

Home to Canada’s only semi-arid desert, an award-winning wine region and boasting some of North America’s best backcountry skiing and epic glaciers, British Columbia’s magnificent interior offers a thrilling range of landscapes to explore and all the wide-open space to enjoy the outdoor adventure lifestyle that its locals adore. It says something about the relentlessly jaw-clanging beauty of the interior that you can approach it from the Rockies or Vancouver and find landscapes every bit as spectacular as those you’ve left behind. However, in this case, the road less travelled really offers up the best sights: both major east–west routes across the region – Trans-Canada (Hwy-1) and Hwy-3 along the US border – skirt the real highlights. More rewarding are the two north–south routes: the easternmost snakes through the Kootenay region – an idyllic assortment of mountains, lakes and peaceful towns and its vast Glacier and Revelstoke national parks – all the way south to the US border near the quaint old mining town and skiing and biking haven of Rossland. Roughly parallel to the west, Hwy-97 travels through the arid Okanagan: a Californian-like enclave of orchards, vineyards, lakes and resort towns, whose beaches and scorching summers draw hordes of holidaymakers from all over the world.

The regional transport hub of Kamloops Dropdown content effectively forms Okanagan’s northern gateway. It’s also on the doorstep of the laidback Shuswap Dropdown content region – a medley of lakes and rivers loved by houseboaters and spawning salmon – and the magnificent Wells Gray Provincial Park Dropdown content, a remote collection of exceptional waterfalls and perfect canoeing lakes. And it’s from Kamloops too that the most spectacular portion of the Trans-Canada begins: along the awesome Fraser Canyon Dropdown content to Vancouver, which is as scenically spectacular as anything in this incredible region.

Almost any trip in southern BC brings you sooner or later to KAMLOOPS, a sprawling town 355km northeast of Vancouver and 110km west of Salmon Arm, which has been a transport centre from time immemorial. Its name derives from the Shuswap word for “meeting of the rivers” and today it marks the meeting points of the Trans-Canada and Yellowhead (South) highways, the region’s principal roads, and the Canadian Pacific and Canadian National railways. One of the region’s largest towns, it’s a bland, unobjectionable but determinedly functional place that’s yet to completely shake off its rough-edged Wild West feel. This is celebrated during the Kamloopa Pow Wow, held the first weekend in August ($10/day; t 250 828 9782), and the early-March Kamloops Cowboy Festival, which celebrates cowboy poetry and music and even has a cowboy church ($10/day; w bcchs.com). Otherwise there’s no particular need to stick around, but it makes a handy provisions stop, especially for those heading north on Hwy-5 or south on the Coquihalla Hwy, neither of which has much in the way of facilities.

Perhaps the most striking thing about the city is its surroundings, dominated by the strange, bare-earthed brown hills, which provide almost surreal touches of near-desert, which are particularly marked in the bare rock and clay outcrops above the bilious waters of the Thompson River and in the bleached scrub and failing stands of pines that spot the barren hills.

The Kootenays are one of the most attractive and lightly visited parts of BC, and centre on two major north–south valleys which harbour Kootenay Lake, the Upper and Lower Arrow lakes and three adjacent mountain ranges – the Purcells, Selkirks and Monashees – whose once-rich mineral deposits formed the kernel of the province’s early mining industry. Nelson is the key spot, slightly peripheral to the Kootenays’ rugged core, but a lovely place, and one of the few provincial towns with real attractions in its own right. Smaller, more relaxed, lakeside towns, notably Kaslo and Nakusp, make excellent bases for excursions into mountain scenery that has a pristine quality rarely found elsewhere. Creston offers a glimpse into the region’s rich agricultural bounty with Canada’s juiciest cherries, and Rossland has bags of small town charm and was the site of Canada’s first downhill ski race. Water-based activities – canoeing and fishing in particular – are excellent, and you can also explore the ramshackle mining heritage of near-ghost towns like Sandon and New Denver. Many of these towns and villages also have more than their fair share of artists, painters, writers and artisan foodies, lending the region considerable cultural lustre. Castlegar also offers a fascinating immigrant history through the story of the Doukhobors who settled here from Russia.

Getting around the region without private transport is tricky, which is a shame because the roads here are among the most beautiful in the province. The most scenic routes – and these are some of the loveliest drives in BC – are Hwy-31A from Kaslo to New Denver, and the pleasingly dramatic Hwy-6, which leads south of Nakuspalong along the Slocan Valley and west to Vernon, setting you up nicely for the Okanagan.

With its idyllic lakeside setting and 350-plus heritage buildings dating from the late nineteenth to the early twentieth century, NELSON is one of BC’s best towns, and one of the few interior settlements in which you could happily spend two or three days, longer if you use it as a base for touring the Kootenays by car. The elegant town is famed – and often slightly ridiculed – for having more than its fair share of hipsters and dreadlocked refugees from the mainstream, but they’ve certainly helped to nurture a young, friendly, civilized and close-knit community with a healthy cultural scene. The liberal liveliness manifests itself in wholefood cafés, hemp stores and secondhand shops. There’s also a high concentration of artists and craftspeople, and the town’s Chinese medicine school and its Kootenay School of the Arts attract students from all over North America. The town’s claim to cinematic fame is as the location of Roxanne, Steve Martin’s spoof of Cyrano de Bergerac.

In July and August a dozen or so of Nelson’s shops, studios and galleries display the works of local artists to create a self-guided walking tour called Artwalk (the visitor centre has details). At other times Craft Connection, 441 Baker St, is a particularly good gallery to seek out. 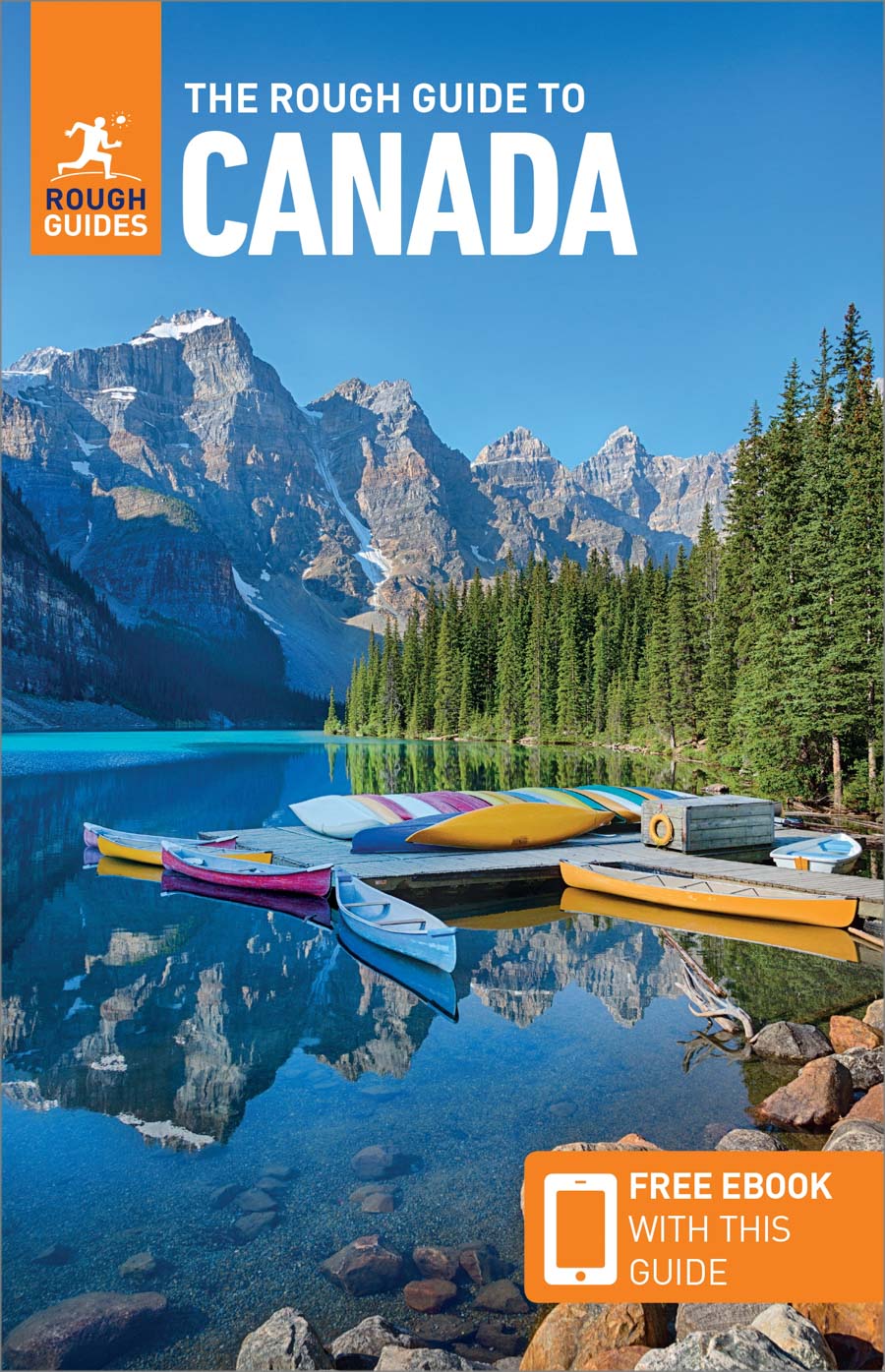