It’s in Melbourne’s inner suburbs that you’ll really get a feel for what life in this city is all about. Many have quite distinct characters, whether as ethnic enclaves or self-styled artists’ communities. Browsing through markets and shops, cruising across Hobsons Bay, sampling the world’s foods and, of course, sipping espresso are the primary attractions. Café society finds its home to the north among the alternative galleries and secondhand shops of Fitzroy, while the Italian cafés on Lygon Street in nearby Carlton fuelled the Beat Generation with espresso, though these days boutiques far outnumber bookshops. Grungy Richmond, to the east, has both Vietnamese and Greek enclaves, is home to a number of good Middle Eastern restaurants, and has a diverse music scene in its many pubs. South of the river is the place to shop until you drop, whether at wealthy South Yarra, self-consciously groovy Prahran or snobby Toorak. To the south, St Kilda has the advantage of a beachside location to go with its trendy but raucous nightlife. To firm up your itinerary with something more concrete, make for the well-designed zoo in Carlton, or Scienceworks, a hugely enjoyable interactive museum in Spotswood. The outstanding Heide Museum of Modern Art is in Bulleen and, a bit further along in the same direction, Eltham hosts the artists’ colony of Montsalvat.

Carlton lies just north of the city but, with its university presence and long-established Italian restaurant scene, it could be a million miles away. Lygon Street is the centre of the action, and it was here, in the 1950s, that espresso bars first opened in Melbourne; exotic spots such as Toto’s Pizza House had an unconventional allure in staid Anglo Melbourne, and the local intelligentsia soon made the street their second home. Victorian terraced houses provided cheap living, and this became the first of the city’s “alternative” suburbs. These days, Carlton is no longer bohemian; its residents are older and wealthier and Lygon Street has gone definitively upmarket, though the smart fashion shops still jostle with bookshops and an abundance of Italian restaurants and cafés.

Lygon Street itself is the obvious place to explore, but the elegant architecture also spreads eastwards to Drummond Street, Carlton Gardens, Rathdowne and Nicholson streets. Running along the western side of the university, Royal Parade gives onto Royal Park, with its memorial to the explorers Burke and Wills, from where it’s a short walk through the park to the zoo.

Smith Street, forming the boundary between Fitzroy and Collingwood to the east, has charity shops, ethnic butchers and cheap supermarkets among New Age bookshops, quirky cafés and revamped pubs. North of Johnston Street you’ll see a clutch of sportswear factory-seconds outlets. Collingwood and the adjacent suburb of Abbotsford have a large gay population, with gay bars and clubs clustered on Peel, Gipps and Glasshouse streets.

In the 1970s, Fitzroy took over from Carlton as the home of the city’s artistic community, and every year at the end of September, the area is awash with pop-up art installations, exhibitions and street performers as part of the colourful Fringe Festival – the alternative scene’s answer to the highbrow Melbourne International Arts Festival. The district’s focus is Brunswick Street (tram #112 from Collins St), especially between Gertrude Street, home to trendy galleries, art spaces and boutiques, and Johnston Street, with its lively Spanish bars. In the shadow of Housing Commission tower blocks, funky secondhand shops rub shoulders with ethnic supermarkets and cafés packed with grungy students, hipsters and musicians.

The Heide Museum of Modern Art was the home of Melbourne art patrons John Reed (1901–81) and Sunday Reed (1905–81), who in the mid-1930s purchased what was then a derelict dairy farm on the banks of the meandering Yarra River. During the following decades the Reeds fostered and nurtured the talents of young artists and played a central role in the emergence of Australian art movements such as the Angry Penguins, the Antipodeans and the Annandale Realists; the painters Sidney Nolan, John Perceval, Albert Tucker and Arthur Boyd were all members of the artistic circle at Heide at one time or another. Heide I is the farmhouse where the Reeds lived from 1934 until 1967, while their airy modernist 1960s home Heide II shows work from the collection. The most prominent addition is the Heide III (Albert & Barbara Tucker Gallery), which features over two hundred artworks from Albert’s personal collection. Café Vue draws on produce from the cottage garden; it also does a great lunchbox for consumption in the sculpture garden.

Bordered by the Yarra River, Richmond is the bustling heart of Melbourne’s Vietnamese community. Its epicentre, Victoria Street, is lined with greengrocers, fishmongers and pho restaurants, while running parallel further south, Bridge Road is a bargain-shopper’s paradise, dotted with clothing factory-seconds stores. Further south again, the clutch of bars and restaurants nestled around the corner of Swan and Church streets is a popular pit stop for football-goers en route to and from games at the nearby MCG.

The South Yarra stretch of Chapel Street has long been considered a “Golden Mile” of trendy shopping, awash with boutiques and speciality shops, bistro bars full of beautiful people and cooler-than-thou nightclubs. These days, much of its exclusivity has been usurped by the arrival of generic clothing chains and slightly sleazy bars. While there is still a smattering of designer boutiques to be found, most of the cool kids have migrated south down the Chapel Street beat towards Prahran and Windsor.

If it’s the bay you’re heading for, then St Kilda is the obvious destination. The former seaside resort has an air of shabby gentility, which enhances its current schizophrenic reputation as a sophisticated yet seedy suburb with a raging nightlife. Running from St Kilda Road down to the Esplanade, Fitzroy Street has a reputation as Melbourne’s red-light district – usually pretty tame, though late at night not a comfortable place for women alone – and epitomizes this split personality, since it’s lined with dozens of cafés and bars. On weekend nights, these and others throughout St Kilda are filled to overflowing with a style-conscious but fun crowd.

It was the best 8 days of our life. Our expert organised an unbelievable itinerary and lodges for us and was always prompt in responding to our questions. ... 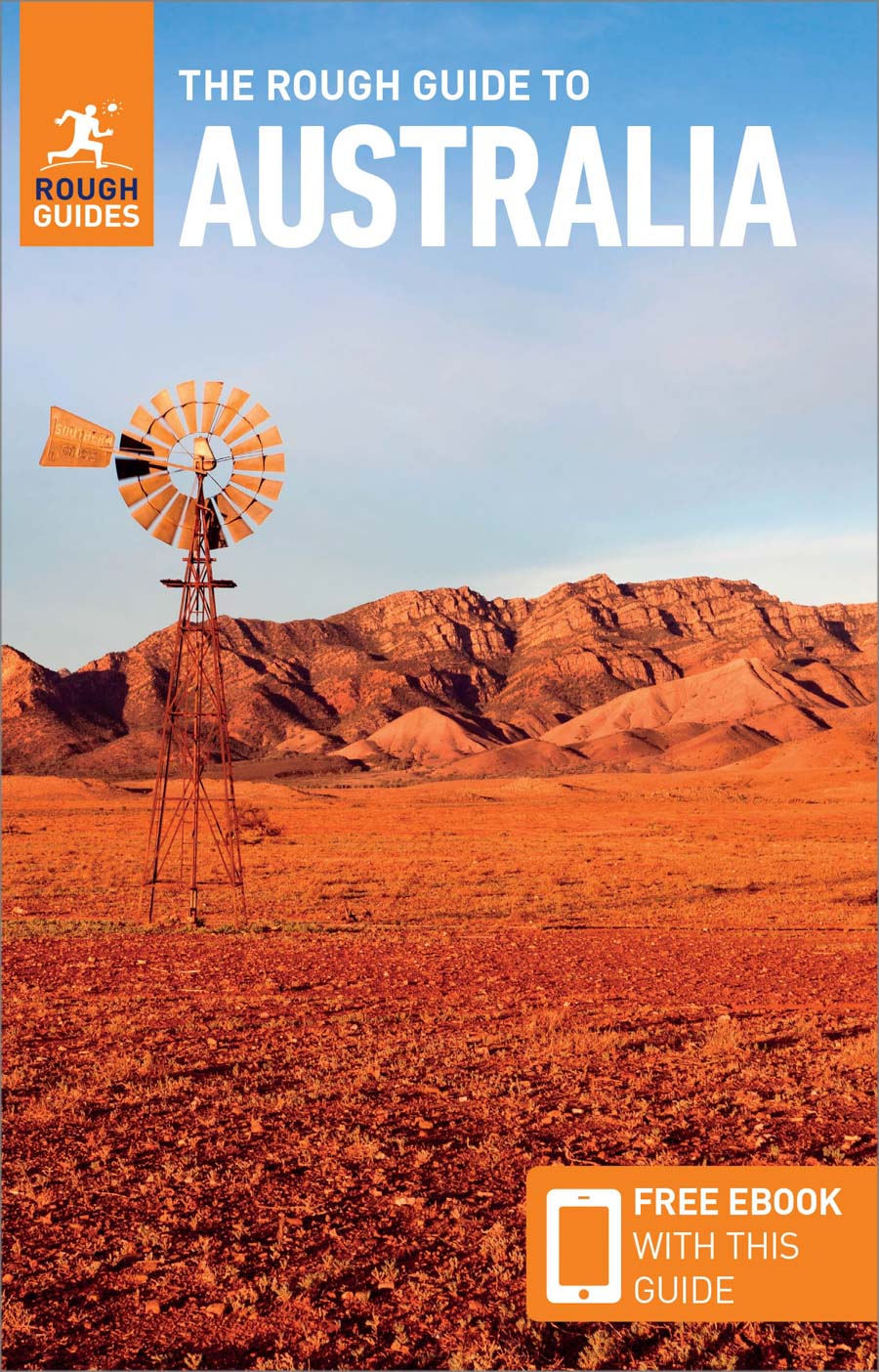