The Fraser Coast covers over 190km of the coastline north from Noosa, forming a world of giant dunes, forests, coloured sands and freshwater lakes where fishing and four-wheel driving are the activities of preference. But it doesn’t have to be a macho tangle with the elements: for once it’s relatively easy and inexpensive to rent tents and a 4WD and set off to explore in some comfort. The main destination is Fraser Island, an enormous, elongated and largely forested sand island, which has just about enough room for the crowds of tourists who visit each year. On the way there, the small, slowly developing coastal townships of Rainbow Beach and Tin Can Bay offer a more laidback view of the region, with another long strip of beach and the chance to feed wild dolphins. Ferries to Fraser Island depart from the Rainbow Beach area, though the main access point is Hervey Bay, a tourist hub that also offers seasonal whale-watching cruises.

The Fraser Coast’s abundant fresh water, seafood and plants must have supported a very healthy Aboriginal population; campfires along the beach allowed Matthew Flinders to navigate Fraser Island at night in 1802. The area was declared an Aboriginal reserve in the early 1860s but, with the discovery of gold at Gympie in 1867, Europeans flocked in thousands into the region. The subsequent economic boom sparked by the gold rush saved the fledgling Queensland from bankruptcy, but the growth in white settlement saw the Aboriginal population cleared out so that the area could be opened up for recreation and logging. More recently, the coast has been protected as part of the UNESCO Great Sandy Biosphere Reserve, which stretches from Noosa to Bundaberg.

With a length of 123km, Fraser Island (or K’gari) is the world’s largest sand island, but this dry fact does little to prepare you for the experience. Accumulated from sediments swept north from New South Wales over the last two million years, the scenery ranges from silent forests and beaches sculpted by wind and surf to crystal-clear streams and dark, tannin-stained lakes. The east coast forms a 90km razor-edge from which Fraser’s tremendous scale can be absorbed as you travel its length; with the sea as a constant, the dunes along the edge seem to evolve before your eyes – in places low and soft, elsewhere hard and worn into intriguing canyons. By contrast, slower progress through the forests of the island’s interior creates more subtle impressions of its age and permanence – a primal world predating European settlement – brought into question only when the view opens suddenly onto a lake or a bald blow. In 1992, the entire island was recognized as a UNESCO World Heritage Site, with all but a few pockets of freehold land and the tiny township of Eurong being national park.

How Fraser Island got its name

To the Kabi Aborigines, Fraser Island is K’gari, a beautiful woman so taken with the Earth that she stayed behind after creation, her eyes becoming lakes that mirrored the sky and teemed with wildlife so that she wouldn’t be lonely. The story behind the European name is far less enchanting. In 1836, survivors of the wreck of the Stirling Castle, including the captain’s wife Eliza Fraser, landed at Waddy Point. Though runaway convicts had already been welcomed into Kabi life, the castaways suffered “dreadful slavery, cruel toil and excruciating tortures”, and two months after the captain’s death Eliza was presented as a prize during a corroboree at Lake Cootharaba. She was rescued at this dramatic point by former convict John Graham, who had lived with the Kabi and was part of a search party alerted by three other survivors from the Stirling Castle. The exact details of Eliza’s captivity remain obscure as she produced several conflicting accounts, but her role as an “anti-Crusoe” inspired the work of novelist Patrick White and artist Sidney Nolan.

Once on the island, there are a couple of safety points to bear in mind. As there have never been domestic dogs on the island, Fraser’s dingoes are considered to be Australia’s purest strain, and they used to be a common sight. After one killed a child in 2000, however, dingoes that frequented public areas were culled and you’ll probably not see many. If you do encounter some, keep your distance, back off rather than run if approached, and – despite their misleadingly scrawny appearance – don’t feed them, as it’s the expectation of hand-outs that makes them aggressive. You should also be aware that sharks and severe currents make Fraser a dangerous place to get in the sea; if you want to swim, stick to the freshwater lakes.

Humpback whales are among the most exciting marine creatures you can encounter: growing to 16m long and weighing up to 36 tonnes, they make their presence known from a distance by their habit of “breaching” – making spectacular, crashing leaps out of the water – and expelling jets of spray as they exhale. Prior to 1952 an estimated ten thousand whales made the annual journey between the Antarctic and the tropics to breed and give birth in shallow coastal waters; a decade later whaling had reduced the population to just two hundred. Now protected, their numbers have increased to over eight thousand, many of which pass along the eastern coast of Australia on their annual migration. An estimated two-thirds enter Hervey Bay, making it one of the best places to spot humpbacks in the country. The whale-watching season here lasts from August to November, a little later than northern waters because Fraser Island leans outwards, deflecting the creatures away from the bay as they migrate north, but funnelling them in to the constricted waters when returning south. The town makes the most of their visit with an August Whale Festival (herveybaywhalefestival.com.au), and operators are always searching for new gimmicks to promote day-cruises and flights.

In the early months you’re more likely to see mature bulls, which, being inquisitive, swim directly under the boat and raise their heads out of the water, almost close enough to touch. You may even see them fighting over mating rights and hear their enchanting mating songs; of course you may also see and hear nothing at all. The later part of the season sees mothers and playful calves coming into the bay to rest before their great migration south, a good time to watch the humpbacks breaching. Whether all this voyeurism disturbs the animals is unclear, but they seem at least tolerant of the attention paid to them.

Cruises last for a morning or a full day and cost around $115 per person; some boats can take up to 150 passengers but this doesn’t necessarily mean they feel overcrowded – check the boat size, viewing space, speed of vessel and how many will be going before committing yourself. Breakfast or lunch is usually included. Most boat operators continue to offer cruises outside the whale-watching season and spend four hours searching for dolphins, turtles and – with real luck – dugongs (sea cows) for around $95 per person. Alternatively, Air Fraser Island offer 30-minute whale-watching flights from $85 per person (depending on the number of passengers). 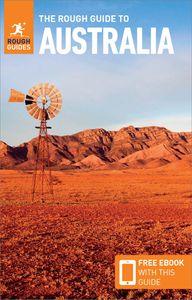