The pretty capital, Tbilisi, is rich in history and architecture – including some controversial modern additions to the skyline – while its nightlife is wild enough to rival Berlin Dropdown content's. But it's what lies beyond the city that's Georgia's real draw card. There are nine national parks, as well as many more nature reserves and “protected landscapes”, so much of the country's epic scenery remains pretty much untouched.

There's never been a better time to go, either; there are now more airline connections than ever and some great new places to stay.

From the looming peaks of the Caucasus to the dramatic forest-backed beaches of the Black Sea coast, here's why Georgia is the perfect reward for adventurous travellers:

1. You can hike to a glacier – or a church above the clouds

Hikers will be right at home in Georgia, particularly in the Caucasus mountains, where a huge amount of money is being ploughed into improving trails; seven were renovated last year, and a network of hiking routes is in the works to link up the country's national parks.

If you've got a few days to spare, try tackling the 58km Mestia-to-Ushguli route, which takes you through the remote, UNESCO-listed Upper Svaneti region, with its distinctive tower houses – former fortresses that are still lived in today. Got extra energy to burn? Take a few hours' detour to catch sight of the dramatic Chalaadi Glacier.

Over in the Mtskheta-Mtihani area, meanwhile, you can trek from the town of Kazbegi (it's officially called Stepantsminda now, but locals tend to use the old name) to the fourteenth-century Gergeti Trinity Church. Perched on a hilltop at 2170m, it's usually sitting above the clouds, right alongside Mt Kazbek.

2. It's a great alternative ski destination

You might not think of Georgia as a ski destination, but there are in fact six ski resorts here, the best of which is Gudauri, 120km north of Tbilisi. It has more than 50km of well-groomed pistes for all levels, whether you're a black run addict or strictly stick to the nursery slopes.

Snow is practically guaranteed, and the heaviest snowfall tends to be in January – though with the highest lift reaching 3279m you could be in luck as late as April. Powder hounds can go off piste and try heli-skiing, and there's also the opportunity for night skiing, cross-country and ski-touring.

3. You can go white-water rafting on a city break

There are countless places across the country where you can try your hand at paddling a kayak or raft, whether you're an amateur or a seasoned pro – and you don't have to go far to find them.

Less than an hour from Tbilisi is where the Mtkvari river – which flows through the heart of the capital – meets the Aragvi. Here you can spend a day, or just a few hours, getting your kicks by white-water rafting through beautiful valley scenery, before heading back to the capital for the night.

Venture further upstream to spot sights such as the seventeenth-century Ananuri Fortress from your raft.

4. Paragliding is a year-round pastime

Gudauri is also one of the most spectacular places to try paragliding.

Novices can strap themselves to a qualified instructor for a tandem flight, while the more confident can go it alone. It's available year round – you can even combine it with skiing – but the views over the villages, forests and people below are arguably better in summer.

5. Nomads open up their homes to horse-riders

In Tusheti National Park, keen equestrians can tackle long-distance horse trails that take you as high as 3000m into the peaks. You'll follow old shepherds' paths and narrow mountain passes, so those without a head for heights need not apply.

Along the way, you'll pass some of the country's most remote villages, as well as dramatic scenery dotted with waterfalls and lakes.

Most organised tours will also give you the chance to dine or stay with a Tush family. The Tush are semi-nomadic shepherds, who traditionally spend the summer months up on the mountain pastures and winter down in the lowlands.

6. Georgian food is the perfect fuel for adrenaline junkies

There's no chance you'll go hungry here. Georgian cuisine is cheap, cheerful and will give you all the energy you need for your adventures.

Locals love to share food, and meals are usually a huge meze-style spread that will undoubtedly include Georgian salad (usually some variation on tomato, cucumber, onion and parsley) and perhaps a khachapuri or two. These cheese pastries come in many different forms: they might be open-faced and topped with an egg, or little parcels filled with a mix of cheese and meat or spinach.

Also look out for delicious veggie dishes involving the ubiquitous spiced walnut paste – this might be in the form of stuffing inside aubergines or peppers, or as balls known as pkhali, in which the nuts are mixed with herbs, beetroot or other vegetables. 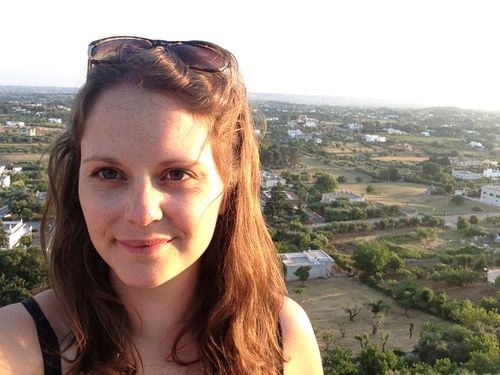 Your travel guide to Georgia

Ready to travel and discover Georgia?
Get support from our local experts for
stress-free planning & worry-free travels