Is it safe to visit the Palestinian Territories?

There had been renewed hope for tourism here. Visitor numbers increased by nearly two thirds in the first six months of 2017, with foreigners attracted by the alluring landscapes, Banksy artwork, and the chance to see one of the most historically, religiously and politically important places on Earth.

But it remains to be seen how President Trump’s recognition of the contested city of Jerusalem as the capital of Israel will affect tourism to the region. Lizzie Porter reports from the Middle East.

What has happened with Jerusalem, Israel and Donald Trump – and why does it matter?

Since Trump's announcement on December 6th, confirming the USA’s official recognition of Jerusalem as Israel’s capital, tensions have been high. There have been mass protests held in the West Bank, and some factions have called for an intifada (uprising) against the move.

Trump’s decision provoked such outcry because Palestinians see Jerusalem’s eastern side as the capital of their future independent state, whereas Israelis believe in their right to the whole, undivided city.

Jerusalem is so important because it has religious significance for the three Abrahamic faiths. Jews revere the city’s Temple Mount as the location of two biblical temples, while Muslims, to whom the same site is known as Haram al-Sharif (the Noble Sanctuary), believe Prophet Mohammed ascended to heaven from here. Christians believe that the nearby Church of the Holy Sepulchre is the site of Jesus’ crucifixion and resurrection.

Israel invaded Jerusalem’s eastern side in 1967, in an occupation considered illegal under international law.

At present, it is constantly increasing the presence of settlements in the West Bank (a separate entity from Jerusalem), which the international community considers illegal too. Palestinians live with the reality of such harsh occupation, with many aspects of life, including security, largely controlled by Israeli authorities.

Palestinians widely believe that President Trump’s decision over Jerusalem prevents the USA from being a neutral arbiter in peace talks.

What have the consequences been so far and how do they affect travellers?

The images of burning tyres and protests broadcast since Trump’s announcement may sow doubt in travellers’ minds about whether the region is currently safe.

The international community has widely viewed the US recognition of Jerusalem as Israel’s capital with caution. British Prime Minister Theresa May said it was “unhelpful in terms of prospects for peace in the region”. Britain has no plans to follow the United States, which is relocating its embassy from Tel Aviv to Jerusalem.

The tensions and anger stirred by Trump’s decision have spilled over into violence in recent weeks, and there will likely be repercussions on any sort of final peace agreement between Israelis and Palestinians.

The UK Foreign Office currently warns against visiting Jerusalem’s Old City, the location of Temple Mount/Haram al-Sharif, where confrontations have taken place between Israeli security forces and Palestinians. The security situation could quickly deteriorate, the FCO says, and advises travellers to “avoid all demonstrations across the West Bank and follow the advice of local police authorities”.

It is important to remember that Gaza, where volleys of rockets and gunfire recently killed four people, is separated from the West Bank by Israeli territory. Unless you are an aid worker or a journalist, you will unlikely venture there: most of the attractions that draw visitors are located in the West Bank. The UK Foreign Office has long advised against all travel to the coastal strip.

Can I still visit, and why should I go?

While the next few weeks are likely to be turbulent, there is little reason to avoid the Palestinian Territories in the long term. Despite the strife and images we see from outside, the reasons for tourists to visit are still many.

In Bethlehem, the Church of the Nativity has long drawn pilgrims, but there are other attractions well worth exploring. This spring, artist Banksy opened the controversial "Walled Off" hotel next to the widely criticized Separation Wall, which was built by Israel on security grounds in the early 2000s.

Better, though, are the Old City farmers' market, and the attractive terrace café at the Visit Palestine tourist information centre, housed in a restored 200-year-old building. The Hosh al-Syrian boutique hotel is worth a one-night splurge: you will be supporting a business that trains and equips young Palestinians in catering and hospitality.

In August, the Palestinian Museum near the varied, cultured city of Ramallah, opened its first exhibition, 'Jerusalem Lives'. Next year, a new display, 'At The Seams', will explore fashion, identity and politics through the lens of Palestinian embroidery – a beautiful, intricate craft that you will see across the West Bank.

“Since 1948, embroidery in Palestine has acted as a vehicle for forms of romantic and active nationalism, militant resistance, nascent economic power and opposition to the infrastructural and cultural violence of the Israeli state”, says curator Rachel Dedman. “In unfurling the complex web of political, social and economic dynamics woven into textile, we hope to ask: how is identity – national, personal, political – constructed in Palestine?”

Also near Ramallah, in the Christian village of Taybeh, the Khoury family runs one of the Middle East’s best-established brewery and wine businesses; their very own Oktoberfest defies any preconceived ideas of the region. In the spring, they began exports to the USA; closer to home, their sale of soap and za’atar – a thyme seasoning that you cannot leave without sampling – supports local women’s co-operatives.

The region should be on hikers’ radars, too. The Masar Ibrahim al-Khalil long-distance trail runs for 330km north to south across the West Bank, supporting 53 fragile rural communities by offering much-needed income and job opportunities. Foreigners walk with local guides and overnight along the way in family homes, often stopping for tasty lunches with local co-operative groups.

Such community-based trekking and touring offers a very special chance to meet the Palestinian Territories' diverse communities, from the Bedouins of the Jericho desert to middle-class families in agricultural villages.

“Visitors get the chance to connect with the locals, experience their hospitality, live their simple daily life, stay in one of the local houses and learn about their customs and traditions,” according to the organisation that runs the Masar Ibrahim al-Khalil trail. “They participate and can be a part of their occasions and events such as traditional weddings, olive harvest and Bedouin cultural nights”.

Spring is the best time of year to visit, when wild flowers spring up in the olive groves, and the sun is warm but not overpowering.

The trail has also allowed ordinary people – long hemmed in by Israeli-imposed restrictions on their movement, even in nominally Palestinian-controlled areas – to explore more of their land. The Masar Ibrahim al-Khalil is not the only hiking option available, either – see walkpalestine.com for more local paths that allow an intimate view of some of the region's least-explored reaches.

What precautions should I take?

There are precautions that tourists would be wise to take when in the Palestinian Territories, particularly in the current situation.

Follow the Foreign Office’s travel advice closely – sign up for email alerts to be notified of any changes. Keep up to date with the local news: Israeli newspaper Haaretz is well-regarded, while Al Jazeera and the BBC report accurately on regional security, too. The Alternative Information Centre is a joint Israeli-Palestinian network reporting more detailed, localised incidents.

Protests can quickly turn violent, and unless you are an activist or journalist who has come prepared, it is not worth getting caught up in a worsening situation. Dress conservatively in places of worship. Don’t take photos of security personnel or checkpoints.

Most tourists come through Tel Aviv airport or overland from Jordan Dropdown content: all borders are controlled by Israel. Expect stern questioning if you have lots of Arab stamps in your passport or have Arab or Iranian heritage. The Foreign Office provides detailed information here.

Those who visit the Palestinian Territories will almost certainly witness the sad reality of the Israeli occupation of East Jerusalem and the West Bank: checkpoints and armed guards are a fact of life here. Recent images have added to negative perceptions. But this is a beautiful, engaging place, too. Those who visit once often return.

And as Rachel Dedman of the Palestinian Museum puts it: “Palestine is consistently visualised as an 'other', defined by instability and conflict, not somewhere you might go on holiday. But visitors will discover a reality defined by (literally) ancient history, beautiful landscape, welcoming people, delicious food, locally made crafts, West Bank-brewed beer, busy cities, pimped out cars and the oldest Biblical sites in the world.”

The place deserves far more than the geopolitical and religious strife its people suffer. Go and visit them for yourself, and hear their stories.

Lizzie Porter is a freelance foreign news and features journalist based in Beirut, Lebanon. She has special interests in heritage, social issues, displacement and security. She is a lifelong Arabic student and enjoys pottering around hiking trails and ruins of ancient sites in the Middle East and North Africa regions. 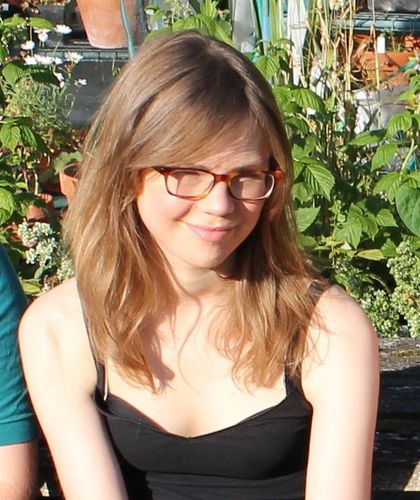