Great places within 30 minutes from London

Rough Guides turns 30 this year, and to celebrate former publisher and RG founder Martin Dunford has rounded up some great places to visit no more than thirty minutes by public transport from London. For more on great things to do, see and consume throughout the UK, see Martin's latest venture, www.coolplaces.co.uk

Just 20 minutes from central London, yet with a vibe that's very much its own, St Albans is a commuter's dream. And of course some of things that make the city a nice place to live make it a great day out from London too. The cathedral is officially the oldest place of Christian worship in the country, it's got decent pubs and restaurants, and the buzzing centre of this thriving market town is a great place for a wander at any time of day.

Ok, so it's not the most original day trip from London, but it couldn't be easier to get to, and hey, it's the year of the diamond jubilee. As you might expect it's dominated by the castle, somewhere you could do worse than visit, finishing up with a pint or pub lunch at the atmospheric Two Brewers pub, beloved of locals and tourists alike.

On the anniversary of Dickens' birth, could there be a more appropriate day out than Rochester? It's technically out of scope(actually 40mins from Charing Cross), but has so much to see and is so often overlooked it would be a sin not to include it. The castle is a semi-ruin but it's worth clambering up the top for the views, and the old keep is a perfect picnic spot. The cathedral, meanwhile, is truly one of England's finest and there are also numerous Dickens-related attractions to take in.

Down House, Down, Kent

Darwin's home for 40 years, Down House, in the pretty village of Down just south of Bromley in Kent, was upgraded for visitors in 2009 (200 years after his birth), and is now one of the most essential attractions on the outskirts of London. Darwin did most of his important work here, using the garden in particular as both a laboratory and a place to think.Afterwards, there are a couple of pubs in the centre of the village for lunch, and a couple of Darwins buried in the churchyard.

Again, we've had to play fast and loose with this one (trains take 41mins), but it's a topical attraction - who can forget Ôshedgate', when they moved and restored Dahl's writing hut last year? Whatever you think about that, the museum - including the shed - is great, both illuminating and inspiring, and afterwards you can explore other Dahl haunts by way of a marked-out village trail.

Some would say you're still virtually in London when you're in Epping Forest, and in fact you are technically (the forest is owned by the City of London). Yet this vast and peaceful expanse couldn't feel less urban. Access is easy too; you can get there by taking the tube to Theydon Bois and, well, walking - picking up the tube again at Debden or Loughton stations.

Just over half an hour from central London, and a popular day-trip for southeast London folk but little known by anyone else, Eynsford has lots to tempt you: the ruins of one of England's oldest Norman castles, the remains of a Roman villa in next-door Lullingstone - both English Heritage attractions - and excellent lunch spot The Plough, right in the middle of the village by the river.

Winston Churchill's home for over 40 years is one of the most compelling attractions on the fringes of London, situated in a surprisingly verdant and picturesque location on the edge of the Kent Weald. The house itself is undistinguished, but the countryside is glorious, and the interior has been sensitively preserved and looks very much as it would have done when Churchill lived here.

Eltham Palace is a strange and unique combination: a medieval hall dating back to the fourteenth century, and the art deco mansion of the Courtauld family, decked out much as it was when they lived here in the 1930s. The gardens, too, are sumptuous, and are alone worth brazing the mean streets of Eltham for.

Known as 'Station X', Bletchley Park was home to some of Britain's finest minds, focused on breaking the German's codes during World War II, including the famous 'Enigma' code. You can visit the original mansion and its collection of huts where the codebreakers worked, either on your own or on excellent free guided tours, and it's walking distance from Bletchley station, which is on the fast line out of Euston. 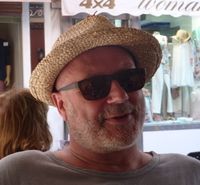