An expert's guide: where to stay in Shanghai

Shanghai Dropdown content is a top contender for the buzziest city in Asia, a thriving business hub that's brashly modern yet wears its history on its sleeve. Dense with glitz and grit, the city has a sophisticated and international feel that makes it completely unlike any other mainland metropolis.

Where to stay in Shanghai

But where should you base yourself? The subway network – the biggest in the world – makes whizzing around town easy, but you'll have an easier stay if you choose the right area to start with. Whatever kind of trip you're planning, here's our expert's guide to where to stay in Shanghai.

People's Square is bang in the middle of the city, and from here you can walk to most of the attractions. It's served with countless places to eat and shop, and there are a couple of museums right on your doorstep. Architecturally, it's a total mish-mash, but then that is very Shanghai. If the hustle and bustle get too much, People's Park makes a great retreat.

The city's best backpacker hostel, featuring decent rooms (all shared bathrooms), a great bar with a courtyard, and an amazing location, tucked in an alley behind Tomorrow Square.

Stay in the heart of Shanghai: Jin Jiang Pacific Hotel

Jing'an is the city's modern centre, and it's Shanghai at its busiest and buzziest, with a plethora of places to eat, drink and (mostly) shop. Many places to stay mainly come under the category of undistinguished business hotels, but there are a few quirkier venues tucked away too.

Stylish, small and well located, this hotel was once an old apartment block. Ask for one of the higher floors – and it's worth paying a little more for a balcony.

Chic and sleek: The Puli Hotel

Elegant and attractive (and featuring a spa and a pool), Puli is off the main road, so not too noisy. Go for a high room with a view of Jing'an Park.

Best for a hint of tradition: Old City

Shanghai's Old City was once a warren of alleyways: historically, it's where the Chinese population lived. In truth, there's not much history left, as the place is being torn down and rebuilt at a fearsome rate.

The area's traditional character remains in the bazaar around the Yuyuan gardens. You'll need to get cabs in and out, as it's the one area that isn't well served by the subway.

This lavish modern property is right on the river, so the best rooms have great views.

Great value and location the Yuyuan gardens: Riverview Hotel on the Bund

Looks like a corporate behemoth from the outside, but dashes of oriental decor inside help this good-value place stand out.

Best for a touch of luxury: The Bund

, on the west bank of the Huangpu river, was where the great European trading houses and banks built their headquarters, competing to construct the grandest edifice. Today this strip of incongruously western buildings, facing the flashy skyscrapers of Pudong on the opposite bank, is China's Champs Élysées. If you're feeling flush, you'll find the city's plushest hotels here along with its swankiest shops and a plethora of fine dining and upscale nightlife establishments.

In what was once the city's oldest gentleman's club, this stylishly updated heritage hotel is a feast of Neoclassical opulence.

The most famous hotel in Shanghai is an Art-Deco marvel steeped in history with a renowned jazz bar.

The old French Concession is Shanghai at its most relaxed and sophisticated, with no high rises and a damping down of the commercial frenzy that characterises the rest of the city. Many of the mansions tucked discreetly off the tree-lined roads have been converted into stylish eateries, chic boutiques or quirky hotels. It's an area that invites, and rewards, leisurely strolling.

A unique northern European Norway-style building with more than 70 years history and located in Former French Concession of Shanghai.

This old-Shanghai-style hotel is located in the vibrant Donghu Street, with several delicate gardens and a fountain surrounded.

Hard to believe, but the glittering sci-fi cityscape of , on the east side of the Huangpu river, was pretty much just paddy fields 30 years ago. Many of the gleaming new skyscrapers near the river, in Lujiazui, have luxurious hotels taking up the top floors. Here, it's all about the fantastic views, so try to get a high floor, and a room on a corner. A word of warning: accommodation here doesn't come cheap.

Rooms here, on the top floors of the elegant Jinamo Tower, have floor-to-ceiling windows, and the very top floor has one of the world's highest cocktail bars.

Corporate but comfortable, and nice big rooms – a little far from the centre, but right by the metro.

Discover more of Shanghai with . 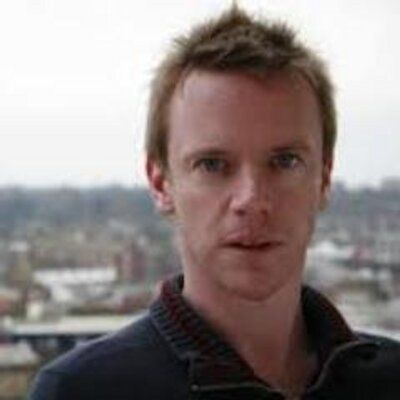