The best beaches in California

Few regions of the world have been idealised and mythologised as much as California – yet it seldom fails to live up to the hype. Among the finest jewels in the state's crown are its magnificent beaches. There's no better place to soak up the near-endless sun than along the coast, whether you're there for the surfing, nature or just pure relaxation. Here, we've picked 10 of the best beaches in California from north to south. If you’re looking for sun, sea, sand and scenery, read on. 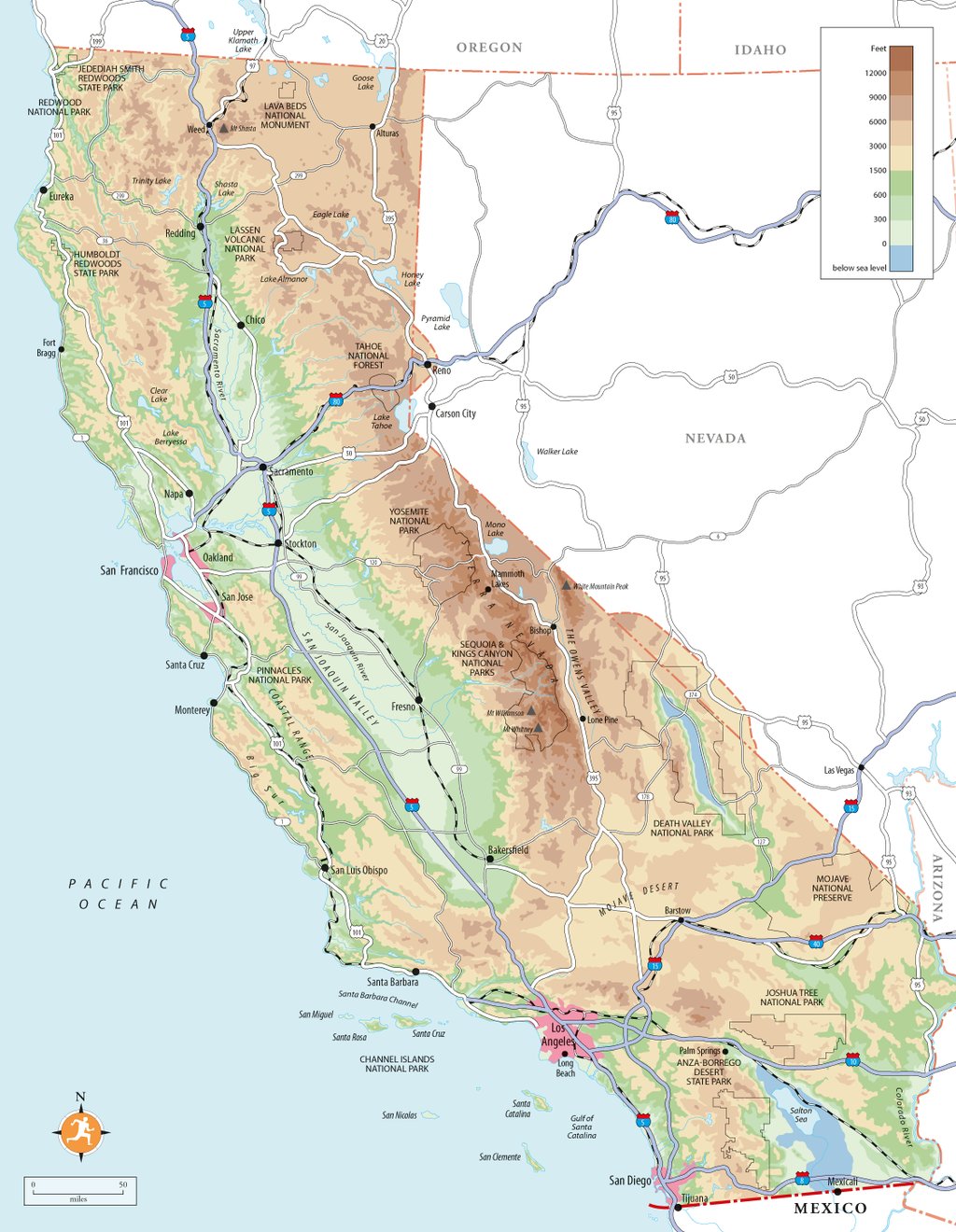 Seven miles south of Crescent City, Del Norte Coast Redwoods State Park is worth visiting less for its redwood forests than its fantastic beach area and hiking trails, most of which are an easy two miles or so along the coastal ridge where the redwoods meet the sea. From May to July, wild rhododendrons and azaleas shoot up everywhere, laying a floral blanket across the park’s floor.

The coast of Mendocino County, 150 miles north of San Francisco, is a dramatic extension of the Sonoma coastline – the headlands a bit sharper, the surf a bit rougher. Sea stacks form a dotted line off the coast and there’s an abundance of tide pools, making the area a prime spot for exploring the secrets of the ocean, either on foot or in diving gear. March brings out droves of people to watch migrating whales. Surfers also love it for the waves and there are delightful sandy beaches to be found between Gualala and Albion, such as the largely deserted strand of Manchester Beach State Park.

San Francisco sits at the tip of a five-mile-wide neck of land commonly referred to as The Peninsula, home to old money, new technology, and some excellent beaches. Mavericks Beach is among the most splendid and boasts the largest waves in North America. It attracts some of the world’s best (and craziest) surfers when conditions are right; just watching them can be an exhilarating way to spend an hour or so and hundreds of people do just that every day.

Seventy-five miles south of San Francisco, the edgy – and maddening – city of Santa Cruz is a difficult place to pin down. A classic California seaside promenade where carnival food, amusement arcades and a rickety old wooden rollercoaster all make for irresistible fun, but if you venture further west you'll be rewarded by Natural Bridges State Beach. It's famous not just for the four delicate wave-cut arches that once stood here but the annual gathering of monarch butterflies which arrive each winter.

Set on gently rising headlands above a sculpted and largely untouched rocky shore, the village of Carmel fans out from a few neat rows of just-so shops along Ocean Avenue to reveal assorted posh mansions; think of it as the West Coast’s middle-aged answer to New York’s Hamptons. Inarguably its best feature is its largely untouched coastline, among the most beautiful in California. City-managed Carmel Beach, in particular, is a tranquil cove of emerald-blue water bordered by soft, blindingly white sand and cypress-covered cliffs.

Boasting a strikingly rugged coastline and some of the state’s most stunning waterfalls, the sparsely populated region of Big Sur continues to retain its wild character. Its finest strand is Pfeiffer Beach, a sometimes windy stretch that’s part of Pfeiffer Big Sur State Park, known for its purple sand, and dominated by a charismatic hump of rock whose colour varies from brown to red to orange in the changing light.

If you drive west of Santa Barbara along US-101 before it veers north, several prime beaches beckon. Along this part of the Central Coast, the beaches face due south, making the surf lively and causing the sun to both rise and set over the Pacific in winter. Among the best is Refugio State Beach, one of the prettiest in California. Palm trees dot the sands next to a small creek, lending the beach a tropical feel.

Modern surf culture really went mainstream in Malibu in the late 1950s, and the beaches have been immortalized in surfing movies ever since. Malibu Lagoon State Beach is the major surfing nexus and includes the celebrated Surfrider Beach, one of the first to be mastered by Southern Californian pioneers. The waves are best in late summer, when storms off Mexico cause them to reach upwards of eight feet – not huge for serious pros, but big enough for amateurs.

No list of the best beaches in California would be complete without mentioning Venice Beach. Nowhere else does LA parade itself quite so openly, colourfully and aggressively. Trawling the promenade between Santa Monica and Venice is an LA tradition, taking in the surfers, sand, muscle-men, skaters and assorted eccentrics.

The most free-spirited of San Diego’s surfing beaches, Mission Beach scenery extends to acres of bronzed flesh and bikini babes, chaotic bars and even carnival rides. It’s one of the most popular and entertaining of San Diego’s city beaches, with throngs of sun-seekers enjoying surfing, cycling and rollerblading down Ocean Front Walk, the concrete boardwalk running the length of the beach.

Explore more of California with The Rough Guide to California. Compare flights, book hostels for your trip, and don’t forget to purchase travel insurance before you go.

Book Your Trip To USA

The best beaches in the USA

The 20 most magnificent American lakes

Explore places to visit in USA

Your comprehensive guide to travel in USA

Quiz: do you really know your capital cities?